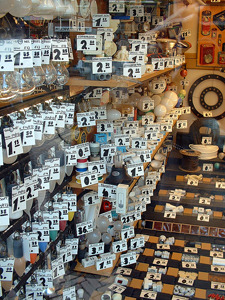 Q: I'm a fan of the new LED bulbs because they seem to be more energy efficient than compact fluorescents (CFLs). However, I'm perplexed by terminology, confusing packaging and lack of labeling—how can I compare the efficiency of one light bulb to another? How do I know what size LED bulb should replace a 60W incandescent or 15W CFL? Also, are there any lifecycle analyses on the overall environmental footprint of each kind of bulb?

Pop Quiz: Watts, lumens, luminous efficacy and Kelvin temperature. Can anyone in the audience define each lighting term and how they relate to each other? Is a 1200-lumen bulb brighter or dimmer than a 100-watt incandescent? Will a 2780 K "warm" light accentuate my hazel eyes or make my skin look pallid and blotchy? And, are these snazzy new $40 LED bulbs efficient enough to justify the upfront cost? You, like many consumers, are on the hunt for the perfect bulb: energy efficient, environmentally friendly and cost saving. Confusing labeling and terminology, however, is leaving many buyers boggled and possibly even causing default purchase of the shunned, yet familiar energy-grubbing incandescent.

As it turns out, the Federal Trade Commission has read your mind. In 2011, all light bulbs in the United States will require labels modeled after the nutrition labels on food packaging. I'll compare the construction, performance and lifecycle analysis of CFLs and LEDs in the Nitty Gritty answer. But here's what you'll need to know so that you don't get stuck buying the "trans fats" of the light bulb world.

The Front of the Label: Brightness & Cost

The terminology shift from watts to the less familiar lumens has naturally caused some confusion. Will 820 lumens light up my thermodynamics homework at 2 a.m. or illuminate the whole of Stanford's stadium while we whup Cal?

In Edison's day, watts were sufficient to compare bulbs. But watts are a measure of power—energy used by the bulb per unit time. What most consumers really want to know is the bulb brightness. This is where lumens come in. Lumens represent the amount of light emitted from the bulb. A 100-watt incandescent bulb emits approximately 1500 lumens, while a 60-watt incandescent emits about 850 lumens.

Picture that old science museum standby—the bicycle hooked up to a light bulb. You're a fit individual pedaling furiously, which generates just enough power to light up that 100-watt incandescent bulb. Next to you, there's a wimpy fellow pedaling lazily on a bike connected to an efficient LED bulb. So why is his bulb as bright as yours, when he's hardly broken a sweat? You're both generating the same amount of light (lumens), but Mr. Wimpy doesn't have to generate as much power (watts) because his LED bulb more efficiently converts power into visible light. He's getting more lumen-bang for his wattage-buck.

You could call this important comparison between lumens produced per watts expended "luminous efficacy." Or you could boil it down to the bottom line, as the new labels do, and calculate the bulb's "energy cost," measured in dollars and cents per year of normal operation.

On your next bulb-buying expedition, you may be surprised to find that most LEDs and CFLs list their lumen output and wattage. So while we eagerly await the new labeling standards, the dizzying array of bulb choices need not leave us stumped. As we've learned, these two simple rules of thumb can help select the right bulb for any job at hand.

For extra bulb-buying information, I've put together a cheat-sheet listing typical ranges of lumen output, wattage, lifetime and cost for each the bulbs we discussed. On your next trip to the hardware store don't forget to impress your friends with your lighting lingo prowess, perhaps scoffing at the low "luminous efficacy" of the incandescent bulbs while tossing a few efficient LED bulbs into your cart.

Maika Nicholson is a graduate student in civil and environmental engineering.

When to Leave the Lights On: Essential Answer