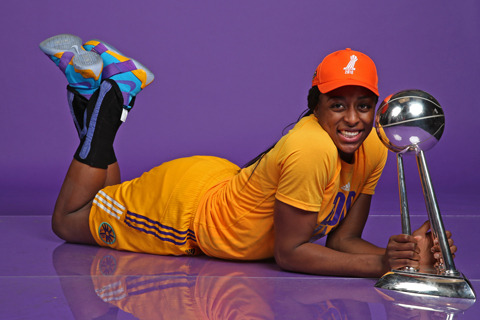 At the start of the season, Nnemkadi “Nneka” Ogwumike wasn’t expected to be MVP of her own team, let alone MVP of the entire WNBA—not with megastar Candace Parker also on the Los Angeles Sparks’ roster. But Ogwumike, ’12, took her game to another level, notching the second-best shooting percentage in WNBA history, to walk away with the league’s top individual honor.

Ogwumike’s greatest glory, though, was still to come. With Los Angeles trailing by 1 in the final seconds of the final game of the WNBA Finals, Ogwumike rebounded her own miss to hit the game winner with three seconds left. It was the Sparks’ first championship in 14 years. Asked about the final play just moments after the game, Ogwumike said she couldn’t remember it. “I just know I got the rebound and I put it in.”

My Evening with Einstein