Once Upon a Class Panel 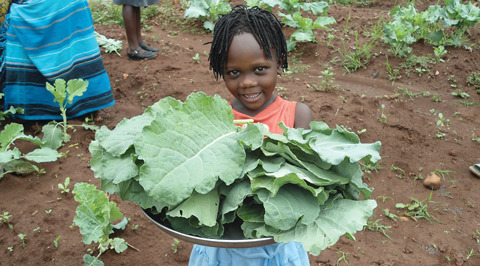 It probably looked like a typical reunion when the Graduate School of Business Class of 1980 celebrated its 25th. But something happened that weekend 11 years ago that keeps reverberating in unexpected places. New Delhi. Appalachia. Rwanda.

It started at a class panel discussion. Struck by her classmates’ abundant experiences and resources, Carol Head posed a challenge: that they pool brainpower, money and connections to do some good in the world.

There were takers. Ed Kaufman, ’68, founding co-chair, says that for the next two years, a core group of 15 to 20 put in untold hours getting Project Redwood up and running, ultimately persuading roughly half the class to contribute.

The idea is to directly back nonprofits that address poverty, with the proviso that funded projects will have a direct impact on at least 100 people. Project Redwood provides grants, advice, mentoring and networking. Every grant applicant must have a committed Project Redwood sponsor; classmates make the case for their prospective recipients, and five to 10 projects are approved each year. Each organization is limited to four consecutive grants.

So far they’ve granted about $1.8 million to 75 projects of 34 grantees on four continents, whose endeavors run from education to agriculture to construction. Grants—generally up to $25,000—may be relatively small, but some have produced results far beyond expectations.

Stacey Epperson, former president and CEO of Frontier Housing in Kentucky, says Project Redwood “took a leap of faith that no one else would” by backing an experiment in manufacturing affordable housing for Appalachia with seed money to build a well-made, energy-efficient, single-section home. Not only did that grant spark other donors, but Epperson says the resulting prototype also led to government policy changes in lending and insurance programs, and adaptation of the Kentucky model in 28 or more states. Project Redwood helped a single factory in 2008; now there are 20. 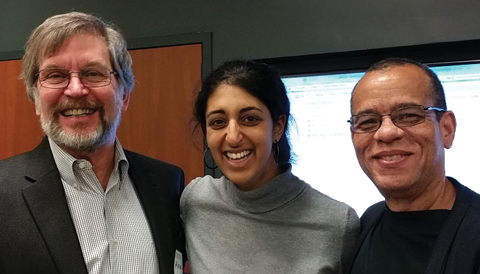 EarthEnable is another example of a ripple effect. It’s a Stanford story that started in the multidisciplinary course Design for Extreme Affordability, where Gayatri Datar, MBA ’14, and classmates worked on a project in Rwanda. There, dirt and mud floors are known to cause disease, yet standard flooring is unaffordable for 80 percent of the population. The Stanford team’s solution: a locally sourced oil-based plant product developed by Rick Zuzow, MS ’15, that permanently seals earthen flooring in an attractive, eco-friendly finish. That was the impetus for a start-up that would train and employ masons to install the floors. Datar says of Project Redwood: “They took a risk, and I can’t tell you how many rejections we got.” Now in its third year of Project Redwood support, EarthEnable has 116 staff members and more than 1,000 customers, and also offers a do-it-yourself version. “We hope to reach 10 million people by 2025,” says Datar.

For Project Redwood members, EarthEnable is special because it marks the first time another GSB class has participated in a grant. Kirk Holmes, MBA ’87, joined forces with Kirk Renaud (MBA ’80) as co-sponsor and says there’s been “tremendous response” from his 1987 classmates through financial support, advice and even consulting on-site in Rwanda.

For all its far-flung reach, Project Redwood sees a new frontier close to home. Says Renaud, “We’d really love to talk to other Stanford alums, individuals and class groups, about joining Project Redwood to create new opportunities to support Stanford social entrepreneurs like Gaya.”  He points out that one benefit of a class-based project is “getting to know and like classmates—even more than we did when we were at Stanford.”

Call it an ongoing reunion. For more, email Project Redwood or visit their website.