In a season when nothing came easy, it seemed only fitting that Stanford’s quest for its first NCAA women’s basketball championship in nearly three decades came down to the agonizing end—a desperation heave by the University of Arizona that came frighteningly close to causing Cardinal heartache.

“I was just like, ‘Oh please, God, don’t go in,’ ” said sophomore Haley Jones, who was named the tournament’s most outstanding player, after the game. “I kind of stood there for a second. It hadn’t clicked that we actually just won and the shot didn’t go in.”

The confetti was in her hair before she fully grasped the result: Stanford 54, Arizona 53.

Let the debate begin on how the 2021 champions compare to their predecessors in 1990 and 1992, or even to the many talent-stacked Stanford squads who came so close in the long generation since. No NCAA Division I coach in any sport has won championships as far apart as Stanford’s Tara VanDerveer. No coach knows better how thin the line is between winning it all and going home hungry. 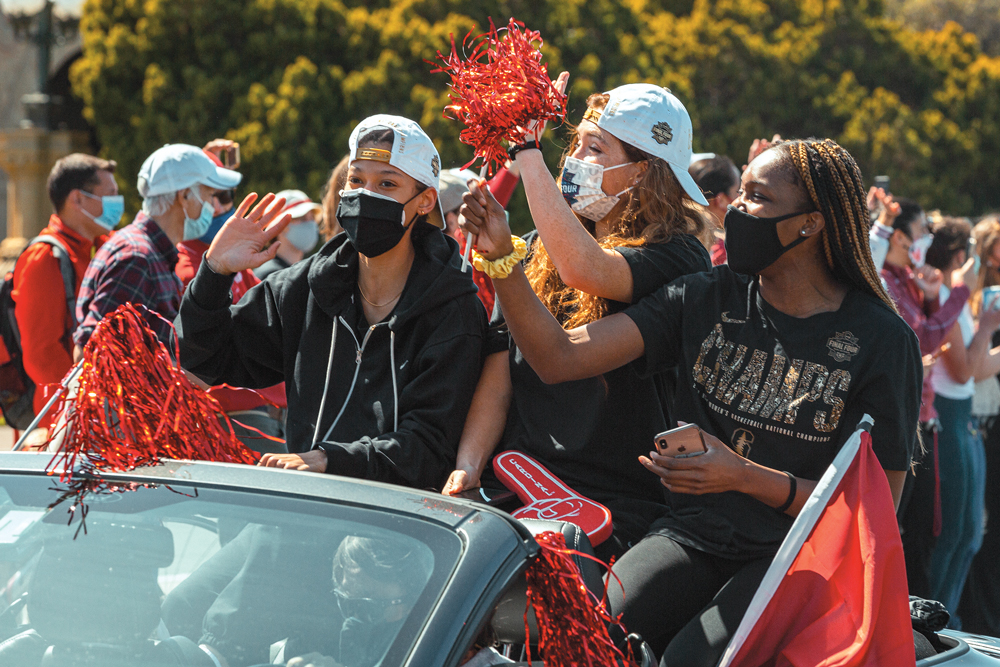 After the game on April 4, VanDerveer mused on all the great players she’s coached who didn’t get to cut the nets in the championship, from Kate Starbird, ’97, to Candice Wiggins, ’08, and how much fortune plays a deciding part. The last time the Cardinal made it to the finals—in 2010—All-American center Jayne Appel Marinelli, ’10, hobbled through the game on what turned out to be a broken foot. Back in 1998, Stanford lost standouts Vanessa Nygaard, ’97, and Kristin Folkl, ’98, to knee injuries the week before handing in history’s first-ever loss by a No. 1 seed to a No. 16 seed, which happened to be Harvard. In 2017, the team was up eight in its Final Four game when star guard Karlie Samuelson, ’17, went down with an ankle injury.

This year, the metaphoric breaks went Stanford’s way. The team climbed back from a double-digit halftime deficit against Louisville in the Elite Eight before surviving a nail-biter against South Carolina in the Final Four. In the title game, both Stanford and Arizona missed potential game winners in the dying seconds. Watching it unfold was like sitting for a root canal, VanDerveer said afterward.

“I think sometimes you’ve got to be lucky,” said VanDerveer, who was named the Naismith women’s college basketball coach of the year two days before the game. “We had some special karma going for us.”

The wins, she said, were more gritty than pretty, but that befits a team whose legend is forever tied to its ability to grind through a season of unprecedented off-the-court challenges with their eyes always on the prize.

The pandemic affected athletic programs across the country, but local strictures against playing or practicing during the winter COVID-19 surge cast the Cardinal to the wind in a way that perhaps only their fellow travelers on the men’s team fully appreciate. For nearly 10 weeks, the women lived out of duffel bags, played on the road, and practiced in a high school gym in Santa Cruz that had a short court and a plethora of wooden backboards. All told, the Cardinal played only 5 of 21 conference games in the comfort of Maples Pavilion.

It would have broken some teams, Jones said. But for the Cardinal, the curse of COVID-19 contained blessings. Early in the fall, several players broke protocols by playing pickup at an off-campus gym. VanDerveer didn’t hold back her frustration. But that moment set the stage for what was to come, senior guard Kiana Williams said at the postgame press conference: an unwavering commitment to following the rules, to leading and to winning. 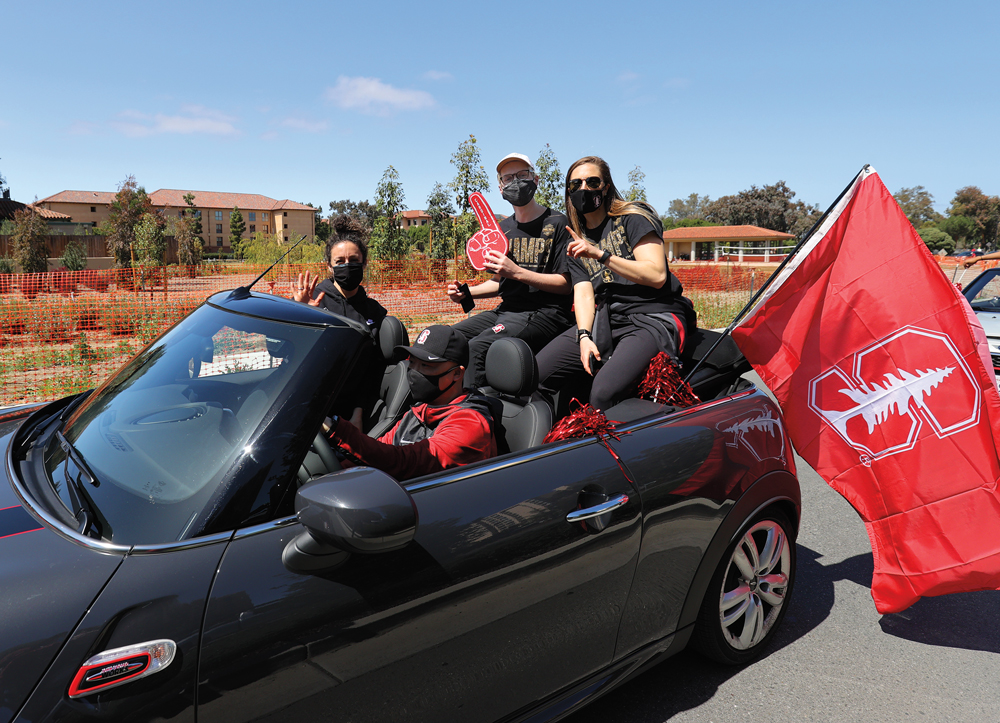 HOMECOMING: Cardinal spirits were high as the team returned to the Farm. (Photo: Bob Drebin/ISIphotos.com)

“When she found out, she was just so heartbroken and disappointed,” Williams said. “I felt like the only way to make up for that is to win a national championship for her.”

The months on the road—and the close-quartered living on an uncommonly quiet campus that followed—only brought the players closer, VanDerveer said, a bond as real off of the court as on it. It was a sisterhood, she said, one that stood on the shoulders of all the Stanford players that had come before—a tradition that stretches further back than many realize. By coincidence, the championship fell on the 125th anniversary of the first-ever women’s collegiate basketball game—another one-point Stanford victory, 2–1 over Cal.

“Former players would be so proud to be part of this team because of the resilience they’ve shown, because of the sisterhood that they represent,” VanDerveer said at the postgame press conference. “I’m just thrilled for this team, but also for all the women out there that played at Stanford.”

The victory elicited praise from President Joe Biden, of course, but also more personally from the director of the White House Domestic Policy Council, Susan Rice, ’86, who tweeted out a video of her celebratory dance to “All Right Now.” VanDerveer closed her press remarks by revealing she’d already received 600 text messages.

But perhaps nobody could appreciate it as much as her former players. “When the game had finished, I was definitely ugly crying,” Nneka Ogwumike, ’12, a star for the Los Angeles Sparks, said on journalist Holly Rowe’s Twitter feed. “I went to four Final Fours and was never able to really come back with one. So it feels like we all won it, like decades of players.”