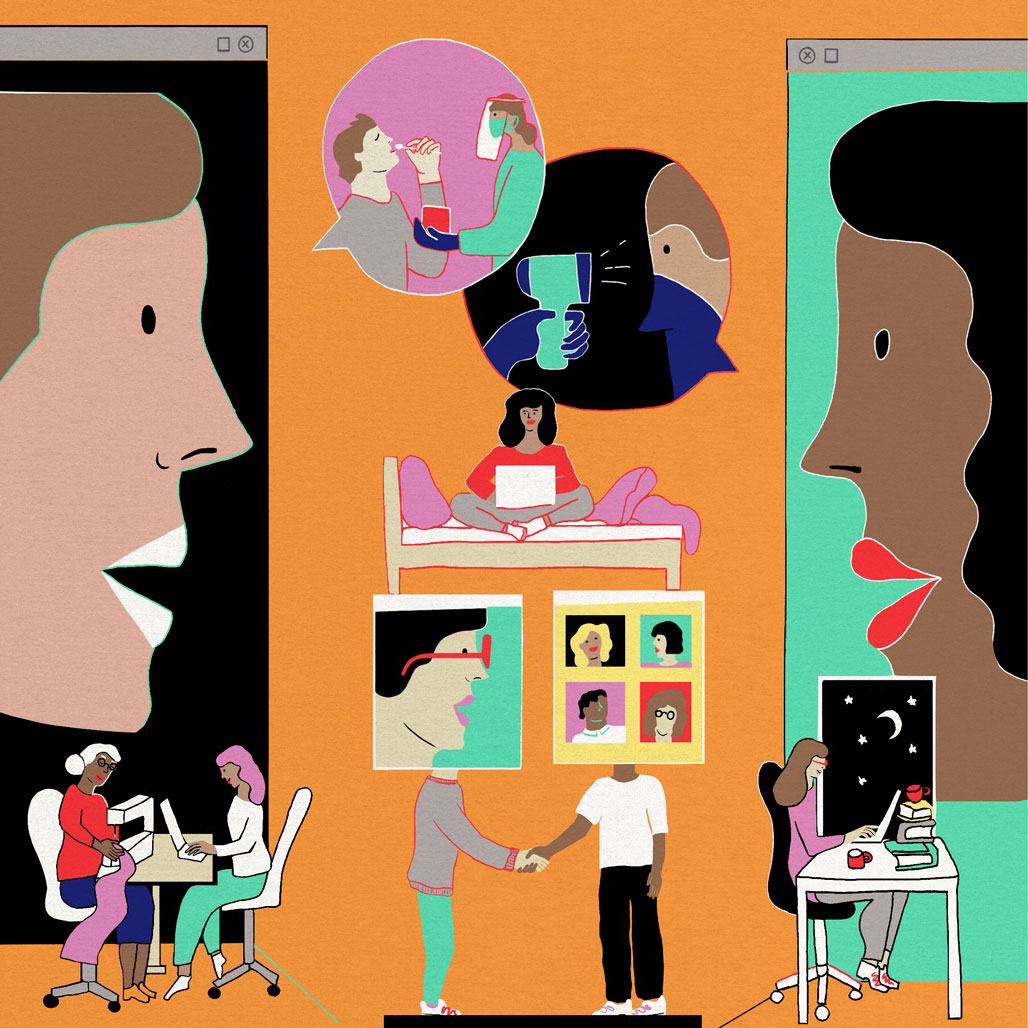 The first members of Stanford’s Class of 2024 won admission in the before times—back in December 2019, before COVID-19 upended the world. The rest received their acceptances as the United States shuttered schools and stores during the first wave of infections in March 2020. A small group of freshmen will be sharing stories from their unusual start to college with Stanford throughout this year and beyond.

Students who were accepted through early action in December 2019 had no idea what was to come when they opened that confetti-sprinkled email. 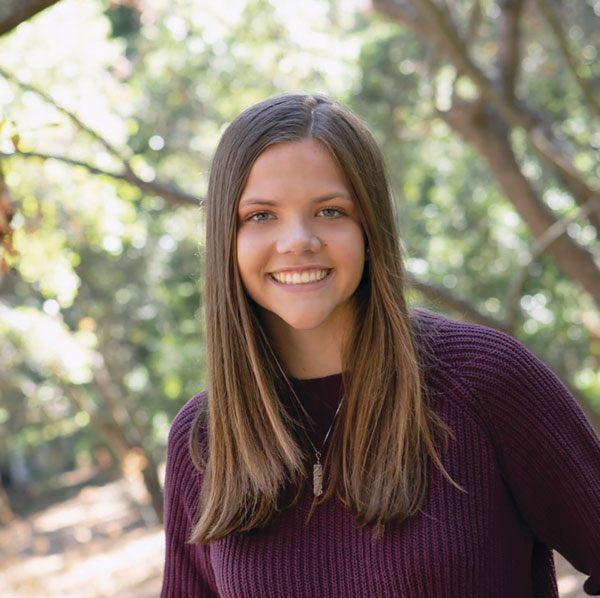 Jenna Reed (Menlo Park): I was in the car with my entire family [parents Mark, ’90, and Linda (Schwartz), ’87, and sister, Kelsey, ’20], and they are all Stanford people, so there was definitely a lot of pressure. I kind of distracted them; I pulled up my phone and then kind of very numbly said, “I got in”; and then I cried.

But for most, the news came at the end of March, interspersed between reports of rising cases and shutdowns. 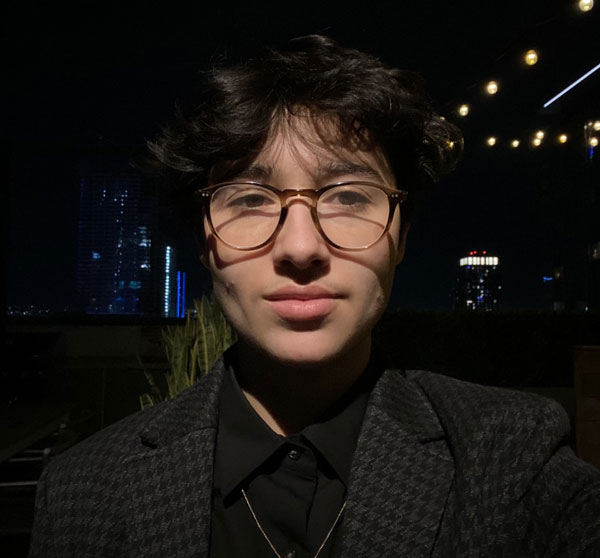 Eva Orozco (Los Angeles): I was on a Zoom call with my school counselor, and she said, “Did you open your Stanford thing?” I opened it and I was starstruck. I had a tear streaming down my face, and then I ran into the other room of my dad’s apartment and hugged him. Having an immigrant family—my mother’s side immigrated from Russia, and my father's side immigrated from Mexico—you always hear of Harvard and Stanford. When descendants of immigrants talk to relatives back in their home countries, those are the ones that they can recognize. 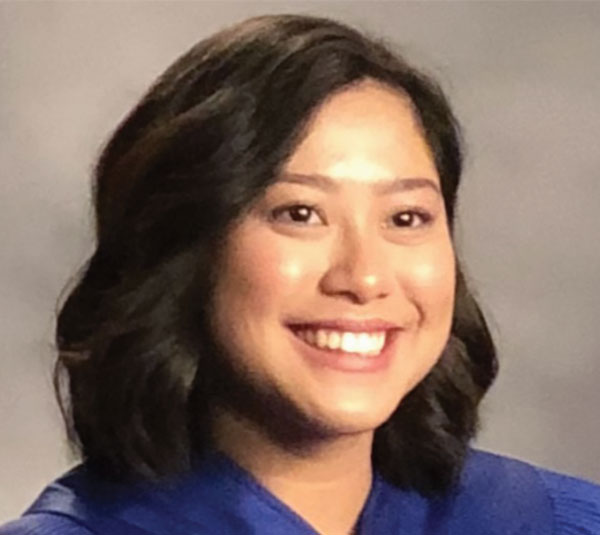 Stacey Lubag (Las Vegas): I remember that day being very chaotic. [Nevada] Gov. Sisolak had pretty much announced that we were going to be locked down, and there was a lot of anxiety. Then we got a call from my sister that somebody at her college had already gotten COVID and so they had to send everybody back home. We are low-income, so we don’t have a car, so we were nervous about having to drive all the way to the airport and pick her up because it would be expensive for us to do that. I feel like getting into Stanford was the one good thing that canceled out all of the chaos that was going on.

By summer, it had become clear that fall quarter would be different than usual. On August 13, Stanford announced that most undergraduates would take classes remotely, from home.

Jenna: When my mom got me these Stanford- or dorm-themed items, I was like, “What if we don’t get to move in?” I’d become something of a skeptic, just because everything in my life had been canceled at that point. 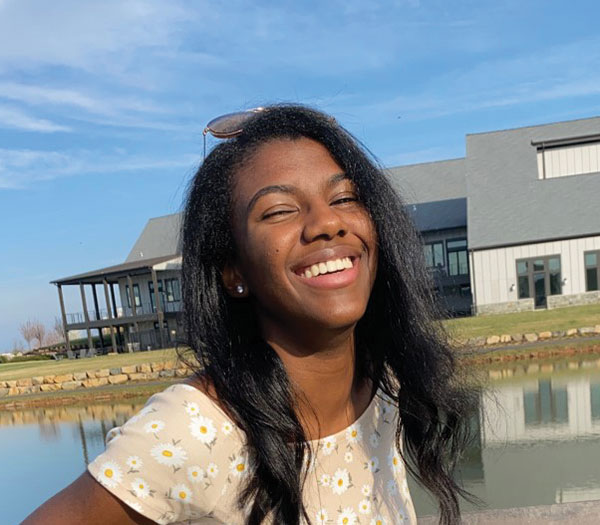 Sala Ba (Loudoun County, Va.): I had all my stuff laid out in the basement ready to go into my bag, and then . . . I was so devastated. It’s in the back of your head—you’re like, “We’re probably going to be online. That’s the more responsible decision.” But there’s always a tiny part of your brain that’s like, “No, maybe it will just magically get better,” and so that kind of died when we got the email.

Undergraduates with special circumstances, such as visa issues or impracticability of remote learning, lived in Escondido Village Graduate Residences in a socially distanced fashion. Students on athletic teams approved for practice and play were required by Santa Clara County to live in a separate group, and were housed in Mirrielees. 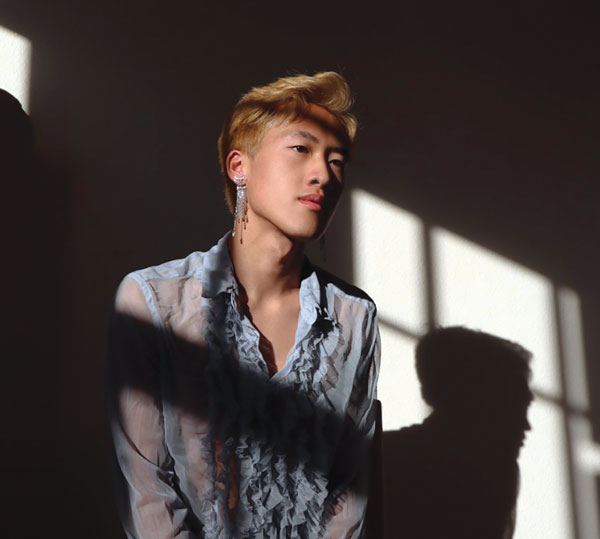 Kevin Thor (Fresno, Calif.): I did apply for special-circumstance housing on campus. I am the youngest of eight—a really big family. At home I would say [I babysit for nieces and nephews] maybe 20 hours per week. It was really tough leaving my family knowing they were also struggling with babysitting and parents working. I think in that moment I really had to be selfish, because I had to choose what was best for me at the expense of my family. I feel like that’s something a lot of FLI [first-generation and/or low-income] kids go through, or especially immigrant families. 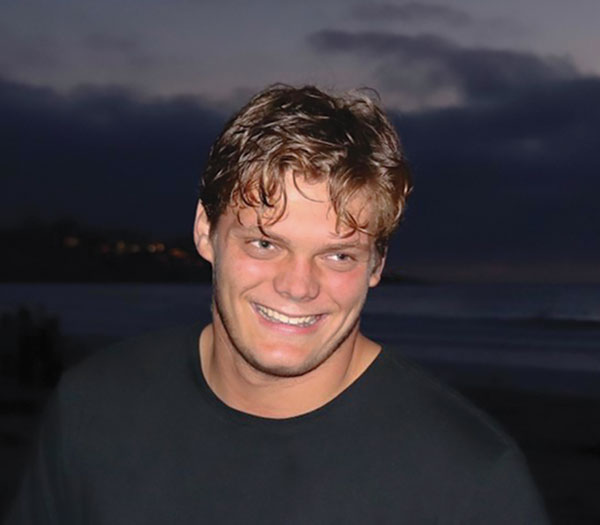 Logan Berzins (San Diego): COVID is a terrible thing. It’s been a miserable experience for most people in 2020, but [for me] it’s kind of been a blessing. Usually, the [football] preferred walk-ons [arrive on campus] at the beginning of fall camp, which is way later than the scholarship players, but because of the uncertainty of the season and just the difficulty of isolating and quarantining, everyone [came] in at the same time. I’ve been here as long as anyone else, which has been really, really cool.

In other aspects it has not been as cool, especially because Santa Clara [County] is a pretty strict area. So we had to isolate for two weeks, just sitting in our rooms by ourselves. Then, after that, you have to be in groups of five, groups of 10, until slowly integrating into the full team. And daily testing. Sometimes two types of testing, but it was all to make the best and most out of the football season.

The dining-hall experience was not typical, but it had its upsides.

Kevin: You scan your card and—it was pretty cool—there is a camera thing that monitors your face. It would take your temperature, and it would also check if you were wearing a mask. If you were normal, the machine would be like, “Temperature is normal,” and then you would wash your hands for 20 seconds and go get your food. As long as they fit into your brown paper bag, you could take multiple entrées. I was eating really well. 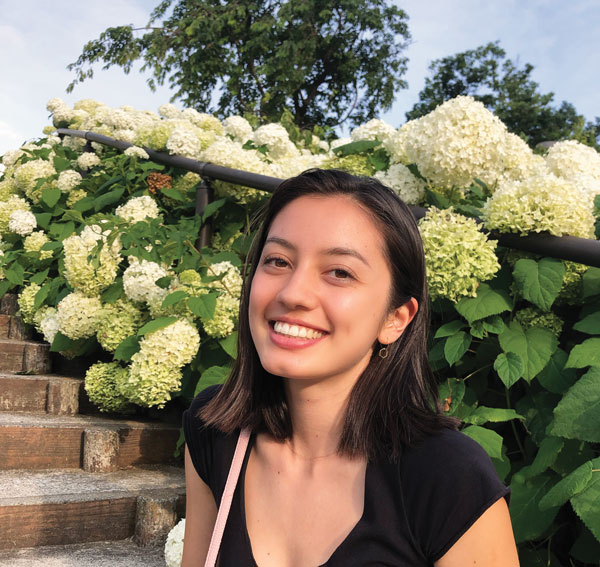 Elena Recaldini (Tokyo): I signed up for 20 units [fall] quarter, and all of them were synchronous. I was pretty ambitious, and I thought I could do it. I took Chinese, and so that’s every day from 3:30 a.m. to 4:30 a.m. I showed up to all my classes; I didn’t skip any, but definitely the first two weeks were very challenging. I felt nauseated a lot of the time, and I think my body was just having a really hard time adjusting to the schedule.

Logan: Zoom has made it a lot easier to get your work done, especially for me, because I’ve got [team] meetings starting at 12. It’s been nice to have asynchronous classes and classes for which I can do the work far ahead of when it’s due.

Stacey: I try my best to wake up early because I have a lot of things to do for my mom. When quarantine started, she started making face masks as a hobby, but then people started wanting to buy them, and so now we run this small face-masks business from home. From the moment I wake up, I’ll help her with all the fabric stuff, and then I have an alarm on my phone that goes off five minutes before class so I’ll have enough time to run upstairs. It’s hard when your house is so small and there are four people. There’s just a lot of stuff going on, like the sound of a sewing machine constantly buzzing and the TV and my dogs, but I feel like I wouldn’t have it any other way.

And then there were the challenges of joining the Stanford community virtually.

Eva: I joined the Stanford group chats on GroupMe—they have the LGBT group chat, they have Hispanic/Latino group chat, and now we even have group chats for whichever dorm we’ve been assigned to. I was just talking to as many people as I could.

Jenna: The week of [New Student Orientation] came, and I’m sitting on my bed in my sweatshirt and pajama pants, and I’m like, “OK, I guess this is welcome to Stanford.”

It probably didn’t hit me until the IntroSem called Identity Politics 101. It was amazing; I loved the course. And I think in that class, with those people, I was like, “OK, this is Stanford.” Zoom University, Stanford Edition.

I couldn’t figure out how to do the Zoom Virtual Activities Fair, and so I ended up barely joining any student organizations, which was kind of frustrating to me. I was also so Zoom fatigued, I was like, “Do I even want to join any? Right now, do I have the mental capacity to do so?”

Elena: I’m dead all the time because I’m sleep-deprived. So this [fall] quarter, I’ve honestly not made any kind of lasting friendships. I know there are some frosh events that the Frosh Council organized. I attended one, but it was a bad time for me, and then I was like, “I can’t do this anymore,” so I kind of gave up. But, yeah, friends—that’s something I definitely want to work on, and it’s a big stressor for me, to be honest, because I feel like I’m really not living the life that I idealized.

Sala: I watched Gaieties with my friends, and I did not understand what was happening. The upperclassmen were like, “Gaieties is so funny. Check it out,” and I don’t want to be mean, but I just didn’t think it was great.

And one thing I was talking to my adviser about that I still need to learn is the Stanford language where they just kind of shorten words and make the syllables “-o.” FloMo . . . I don’t know what that is.

The students tapped into reserves of resilience as they navigated fall quarter.

Sala: I definitely cried weeks one through four. I would come downstairs to make my lunch, and my dad would be in the kitchen making his lunch, and I would just get mad at him. I would just be sad because, in my head, I’d be like, ‘If I were on campus, I could just go to the dining hall.’ I’m really used to being in control and planning things out. Then you’re just in a situation where it’s like, hey, there is absolutely nothing you can do to change it. That was the first time that had happened to me for something that was a really big deal, and so that was definitely hard to get over. But this by itself is not that bad. Maybe it is not as cool as what could have been, but it’s actually not that bad.

Elena decided to spend winter quarter on campus, and was assigned special-circumstances housing in Kimball Hall. Sala, Eva and Jenna made plans to arrive at the end of January for a limited on-campus experience. Then, on January 9, they learned that that, too, would not be possible. (Public-health conditions permitting, freshmen and sophomores will be welcomed onto campus for summer quarter, with juniors and seniors preceding them in spring.)

Jenna: I understand that the pandemic is at its worst right now, especially in California. It is just really disappointing to get a dorm assignment, buy items for your dorm room, pick a move-in date, all for it to be canceled—again. I’m feeling sad and worried about what another quarter at home with limited friends will mean for my already suffering mental health.

Elena: The main reason I wanted to come to campus this quarter was obviously the time difference, because it was really tough for me first quarter, but also I was just really excited to meet a lot of new people. I was expecting to be able to see almost everyone in my [class year]. It was really shocking when that news came out.

Stacey, who has severe asthma, plans to stay home until COVID is less prevalent.