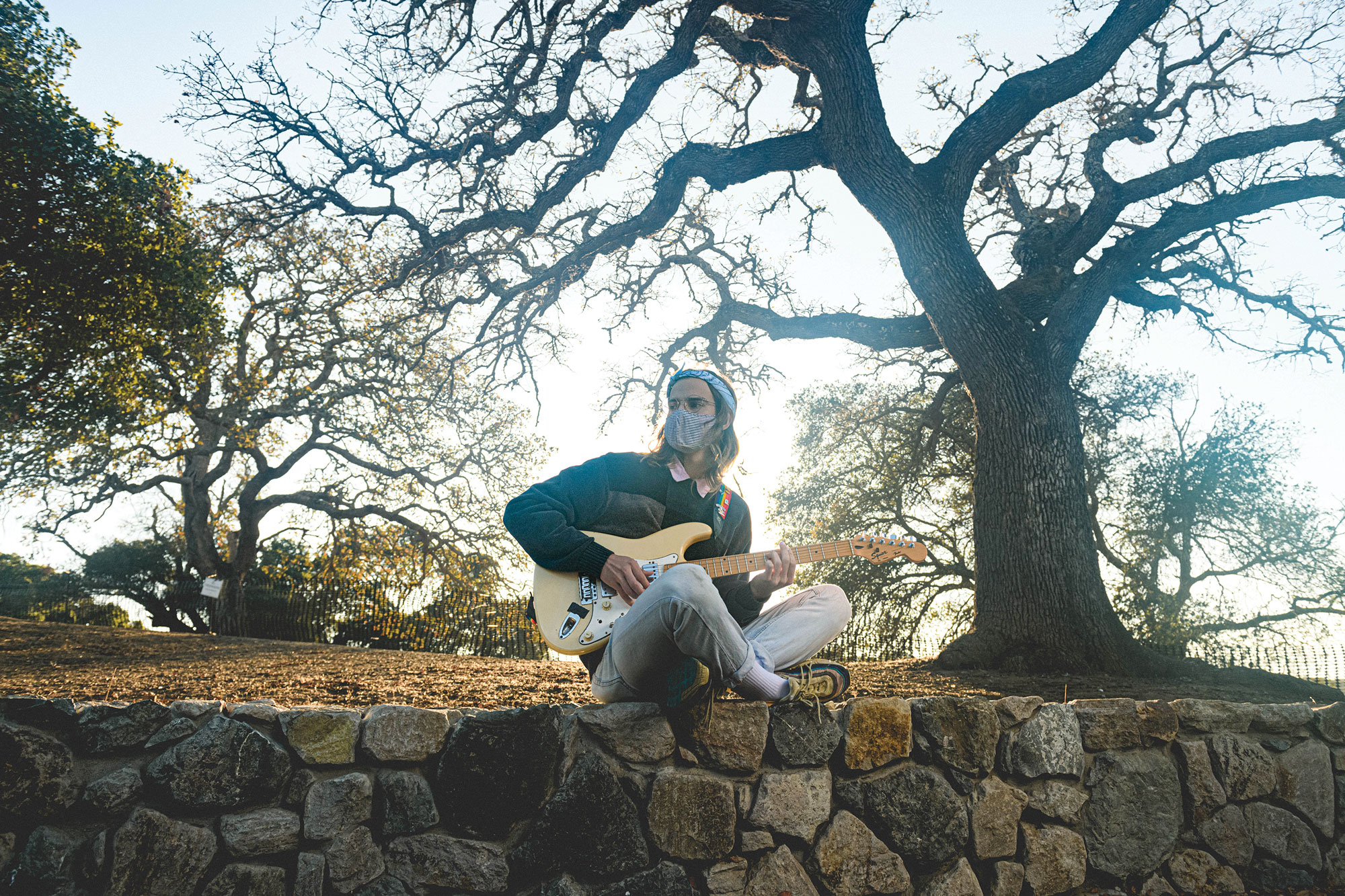 The pandemic turned down the volume in many of our lives, but the decibels really dropped for Bradley Immel. One moment, he was playing bass guitar in front of a crowd of hundreds at Full Moon on the Quad. A blink of the eye later, he was strumming for a max audience of seven, the social bubble he formed in the fall when rules allowed it. He’s spending his senior year as a resident assistant in EVGR-A, where all undergrads on campus lived in the fall and some upperclassmen are staying in the winter.

Music has long been a passion for Immel, who plays everything from saxophone to steelpan and embraces genres from rap to rock. But it was never his only focus growing up in Dixon, Calif., a Central Valley farm town where, he says, you know everyone you see at the grocery store. He came to Stanford with notions of becoming a doctor.

Instead, a mechanical engineering course captured his imagination freshman year, spurring a love of creating that Immel soon married with his musical interests. The engineering major has a fondness for finding old gadgets at Goodwill and turning them into musical gizmos—from the drum machine he created out of a printing calculator to a toaster he turned into a talk box, a device that lets you reshape an instrument’s sound with your mouth.

“The No. 1 thing I miss most about pre-pandemic times: I was in three bands playing three gigs a week.”

“I really enjoy starting something from scratch and finishing it to the end. That’s what draws me to music—creating a song from start to finish—and to mechanical engineering.

“In my frosh dorm, I would just play the piano every day, and then one day somebody else in the dorm came up and started singing. We started playing together, and I started producing music for him. He’s a rapper and a singer. Producing music has been one of the biggest things I have done at Stanford. I’ve produced songs for five artists.

“A band I play with, Reptile Room, won Battle of the Bands in 2019, so we got to play Full Moon on the Quad. At the performance, I was jumping up and down for an hour and a half straight. I just played way too aggressively. Both my fingers had huge blood blisters from playing bass. We were playing loud and people were dancing—it felt like we were a real band. 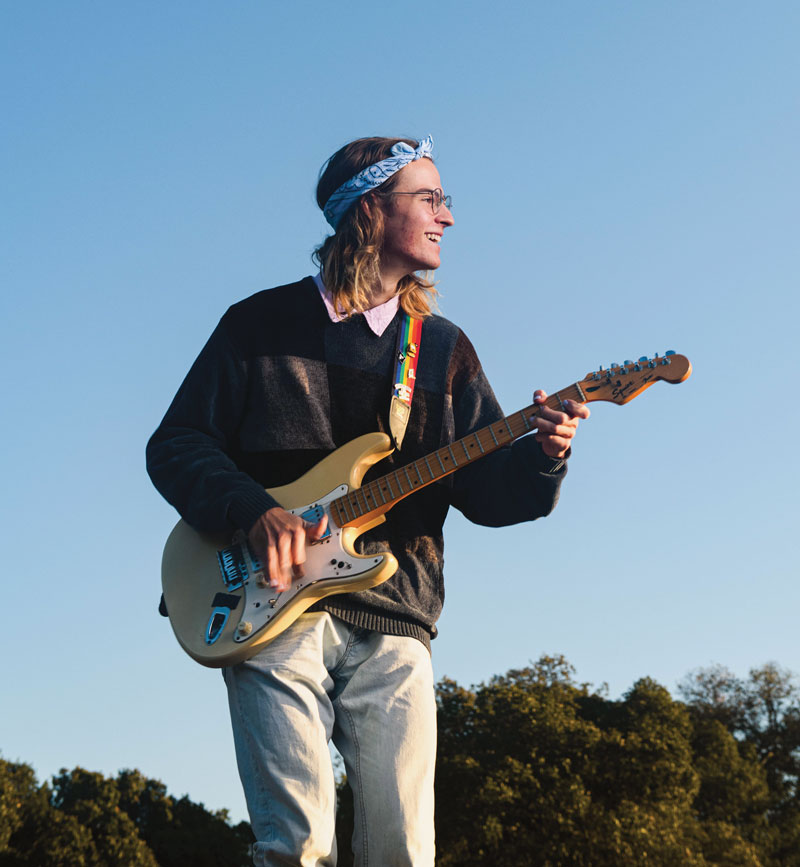 “Last year I staffed an all-frosh dorm. I had a great team, and we had great residents, and we had a really good time. This fall was a very different situation. We really tried having [dorm] events, but of course people don’t want to show up to another Zoom meeting. We don’t have it figured out. It was a really tough quarter to be an RA and to be a student.

“The one thing we relied on for interacting with residents was going on walks—just asking them to go on a walk with a mask.

“With your registered household, which was up to eight people, you could do anything—you could go into each other’s rooms, and you didn’t have to wear masks. I started teaching my roommate to play bass, and I was teaching guitar to another friend in our household. We made our own little band. My other friend sometimes played the egg shakers, and I was on drums. It was for an audience of none, for jamming’s sake. I’ve been playing as much music as ever.”