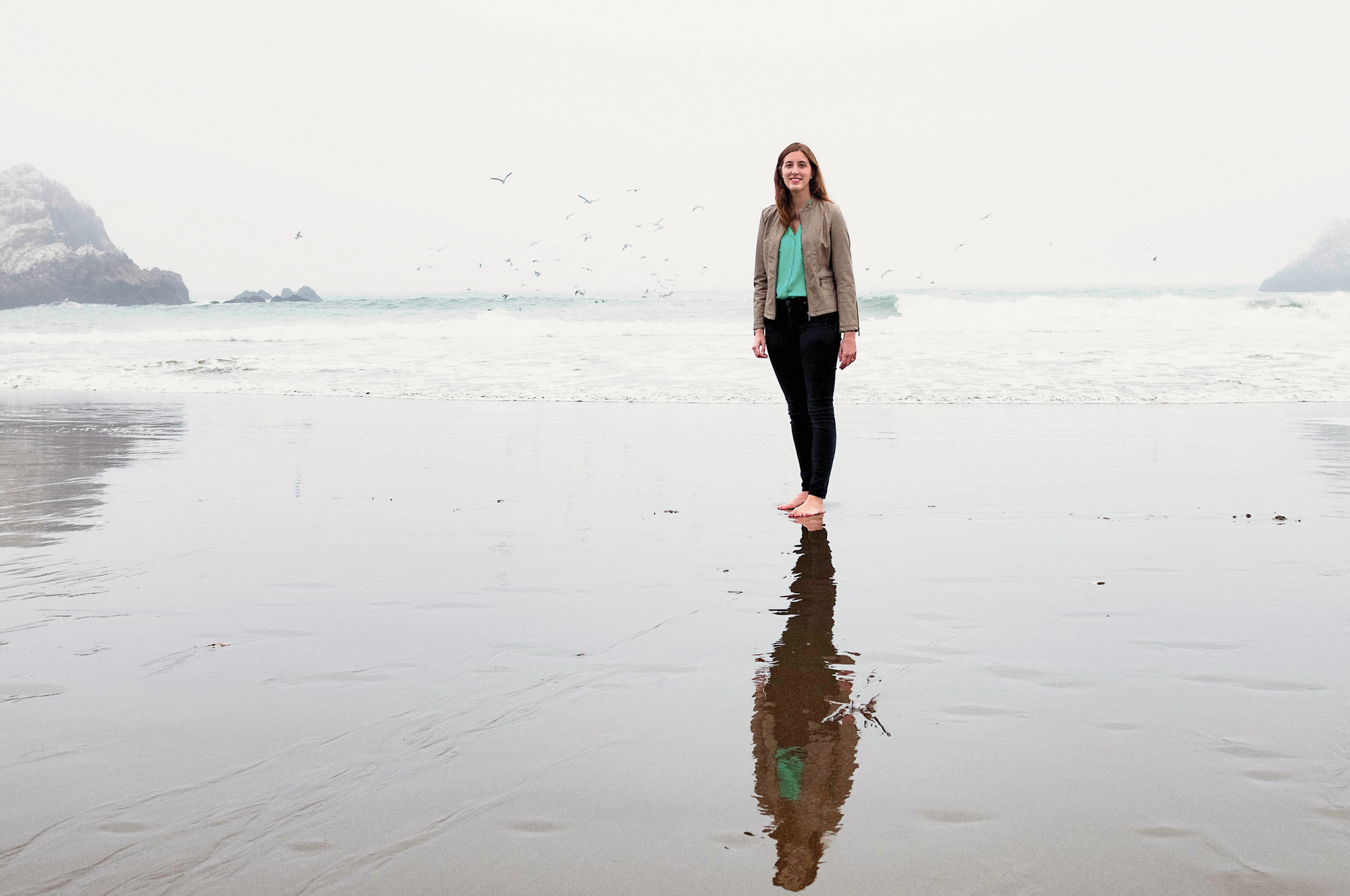 Tucked into the labyrinthine recesses of the American Museum of Natural History in New York, among 32 million specimens and cultural artifacts, is the slow loris. Rather, century-old specimens of the petite nocturnal primate from Southeast Asia, with whom Elora López-Nandam became quite acquainted. After spending a summer extracting and decoding their DNA while an undergrad at Columbia, López-Nandam turned her attention to another sluggish creature, the sea cucumber, and the conservation implications of its genetic diversity in the coral reefs near Fiji. Along the way, she decided to devote her life to exploring big questions: how life on Earth has changed over the past 4 billion years, and what roles humans have played in those transformations. 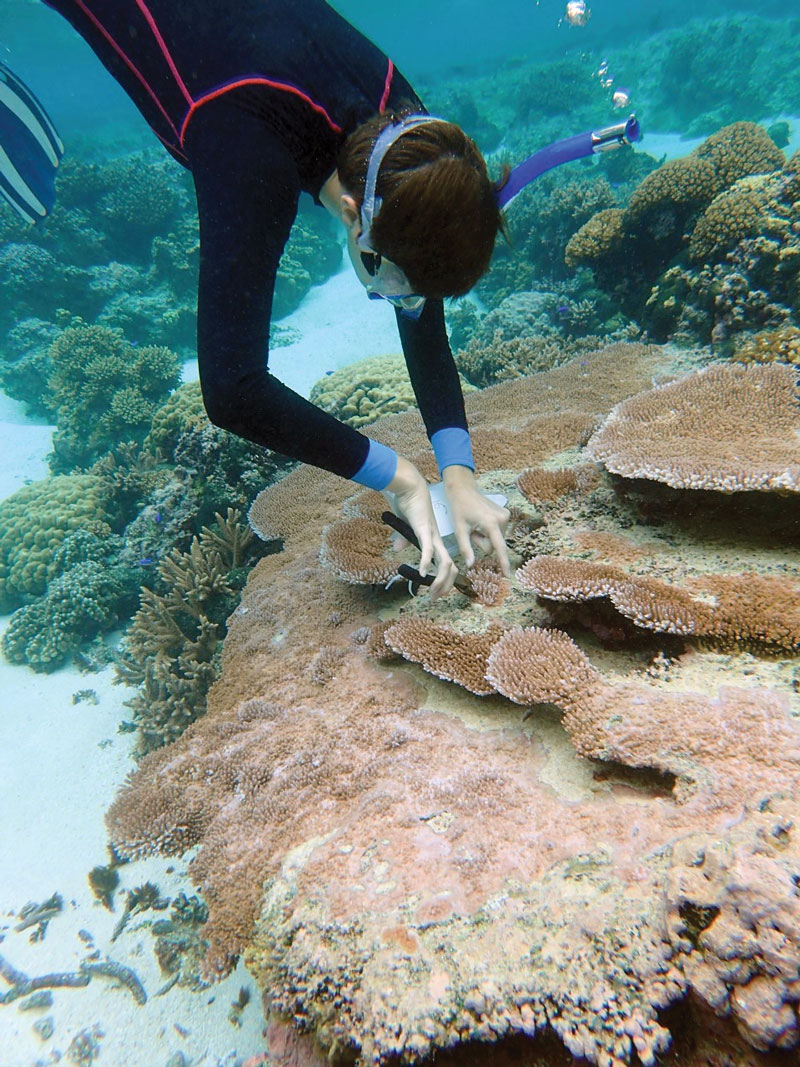 Now a PhD candidate at Stanford in the lab of evolutionary biologist Stephen Palumbi, López-Nandam has spent the past six years in the Marshall Islands, American Samoa and Palau, and at Hopkins Marine Station in Monterey, Calif., analyzing the genetics of coral to determine how they have adapted to major stressors such as mass bleaching events and nuclear bombing. “We have such a poor understanding of basic coral cell biology,” López-Nandam says. “What I’m trying to do is ask really fundamental questions about how these animals grow and how they’re actually operating on the cellular level, in order to piece together why they’re dying now.”

‘People ask me, “Do you think that there will be coral reefs in 50 or 100 years?” I think that the answer is definitely yes, but they’re not going to look the same as they do now.’ 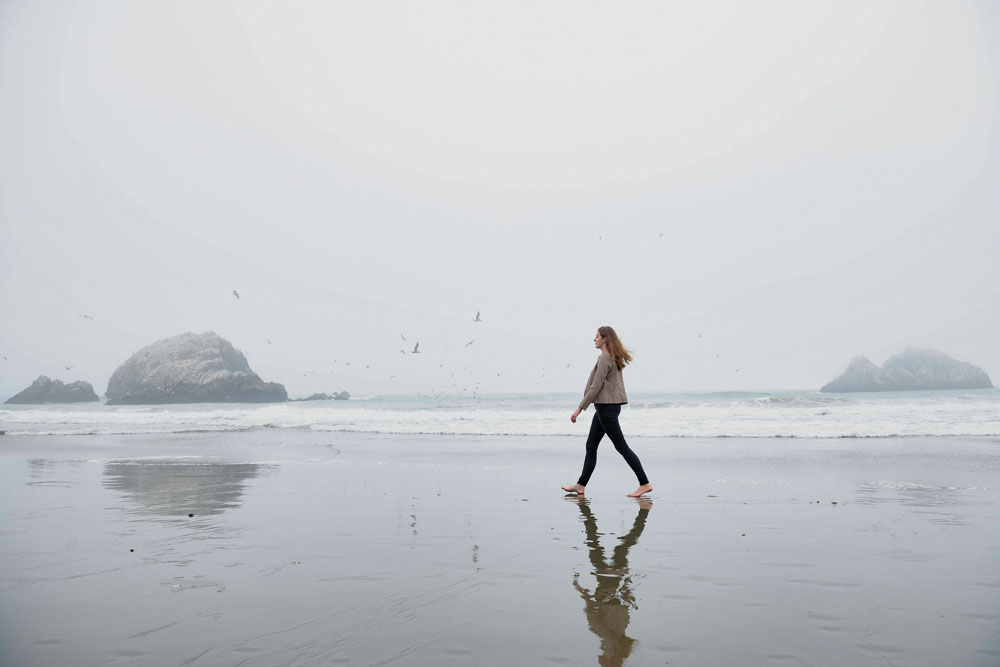 ON THE HORIZON: López-Nandam walks along Ocean Beach in San Francisco.

“I have been focusing on somatic mutations in corals. A somatic mutation is a mutation that occurs in any cell of your body that is not your eggs or your sperm and makes the cell different genetically from the rest of [your] cells. These mutations are responsible for, say, cancers or aging. In theory, we say that all the cells of your body are genetically identical. It’s actually a lot more complicated.

“One thing that people had always talked about was the extent to which there are somatic mutations in coral. A coral is an animal that’s clonal; similar to the cells in your body, every little polyp in a coral colony should be genetically identical if mutations never occurred. But mutations do occur in the colony, and scientists had never really looked very thoroughly.

“For most of the research I do on the ocean, I’m actually sitting at the computer. Once I’m done, I love going for a walk on the beach and poking my head into crevices between rocks, and taking photos of dead seals or dead unidentifiable things. I definitely have a photo album of dead things I’ve found at the beach.”