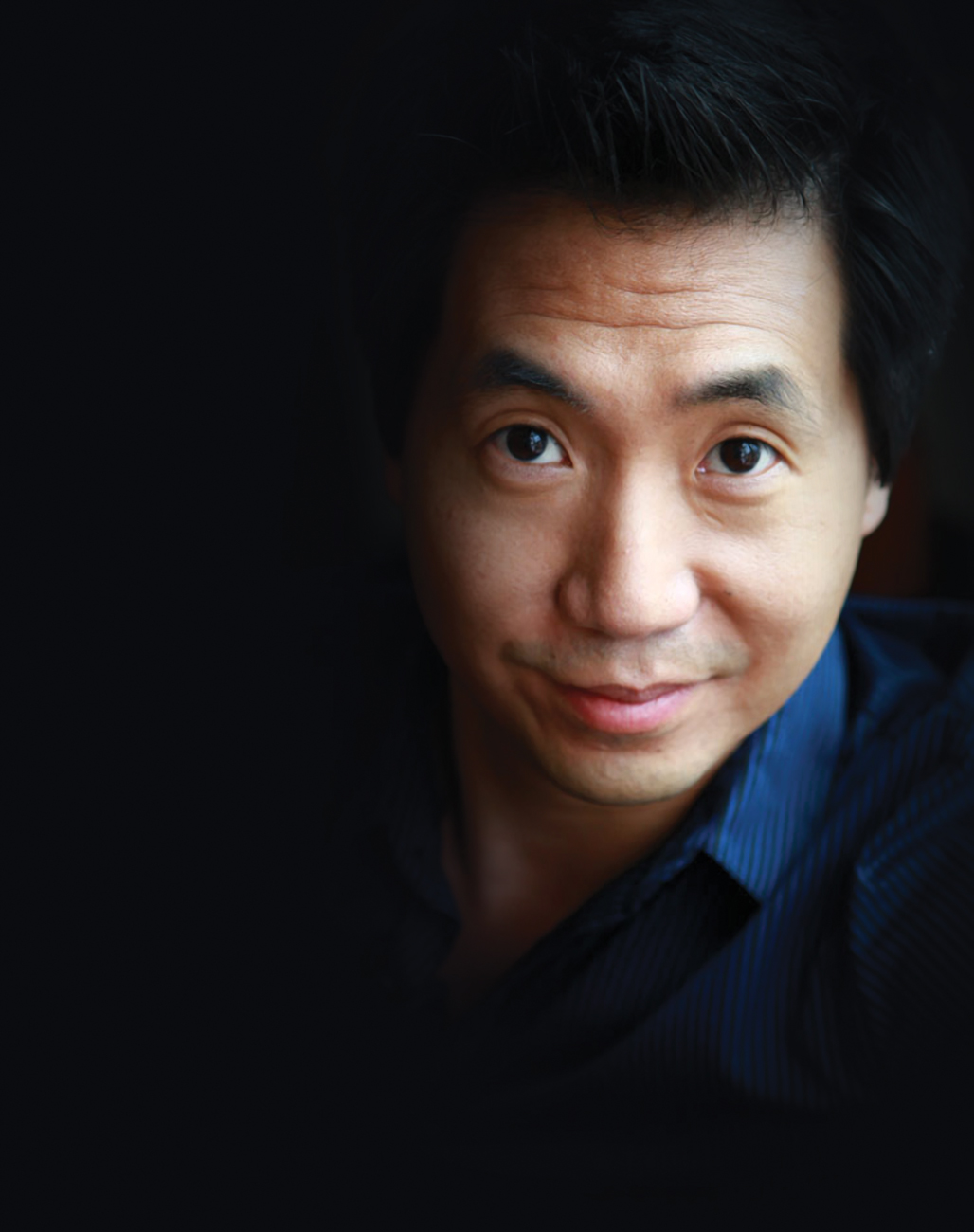 You have heard Don LaFontaine, even if you think you have never heard of him. LaFontaine, who died in 2008, was the king of the Hollywood voice-over, the man who turned the sonorous utterance “in a world . . .” into the “once upon a time” of movie trailers.

By the time Greg Chun, ’93, met LaFontaine, Chun had been writing music cues and commercial jingles in Hollywood for more than a decade, looking for his next big break. A promising one came in 2004, when he joined the musical crew of The Ten Commandments: The Musical, featuring Val Kilmer as Moses and a supporting cast that included LaFontaine’s wife, the singer and actor Nita Whitaker.

The musical was a bit of a mess—if you have to ask why, go back and reread that sentence about Val Kilmer as a singing Moses—but the friendships forged were solid. Which is how, one day, Chun found himself hanging out in LaFontaine’s home studio, listening to him record the trailer for the DVD release of the Vince Vaughn flick DodgeBall.

And so Chun did.

In a world where a chance encounter can reshape the course of a life, Chun’s meeting with LaFontaine opened a door into a parallel career as a voice actor.

‘Stanford was this period of blissfulness. I felt like I could breathe. It was an incredible, incredible feeling of hope. A huge weight had been lifted off my shoulders, and the possibilities were endless.’

If you’ve turned on a children’s cartoon series in the past few years—The Lion Guard, say, or Barbie Dreamhouse Adventures—or picked up a controller to play a game in the World of Warcraft or Yakuza series, you’ve heard Chun’s voice coming through your speakers. He has brought to life more than 150 characters in ads, animations and, notably, video games—the last of these being a childhood passion that has unexpectedly become a calling.

As a kid growing up in the Chicago suburb of Riverwoods, Ill., Chun found the arcade a welcome break from the burdens of being a person of color in a predominantly white community. “Being a minority in the Midwest in the ’70s was not the best place to be,” Chun said recently over Zoom from his home in Los Angeles. When his older brother, Toby, ’92, MA ’93, moved to the West Coast to attend Stanford, Chun decided to follow. He arrived on campus in the fall of 1989 to find the sense of belonging he’d been looking for.

“Stanford was this period of blissfulness. I felt like I could breathe,” he recalls. “It was an incredible, incredible feeling of hope. A huge weight had been lifted off my shoulders, and the possibilities were endless.”

Though he hadn’t done much with music since getting booted from piano school at age 11 by a teacher unimpressed with his lackadaisical practice schedule, Chun installed himself at the grand piano in Donner’s lounge, playing songs he remembered from childhood and pop hits he picked out by ear. When he overheard a brand-new student improv troupe improvising plans to put on a musical, Chun offered on the spot to play piano, and that’s how he became the first musical improviser for the Stanford Improvisors, or SImps. 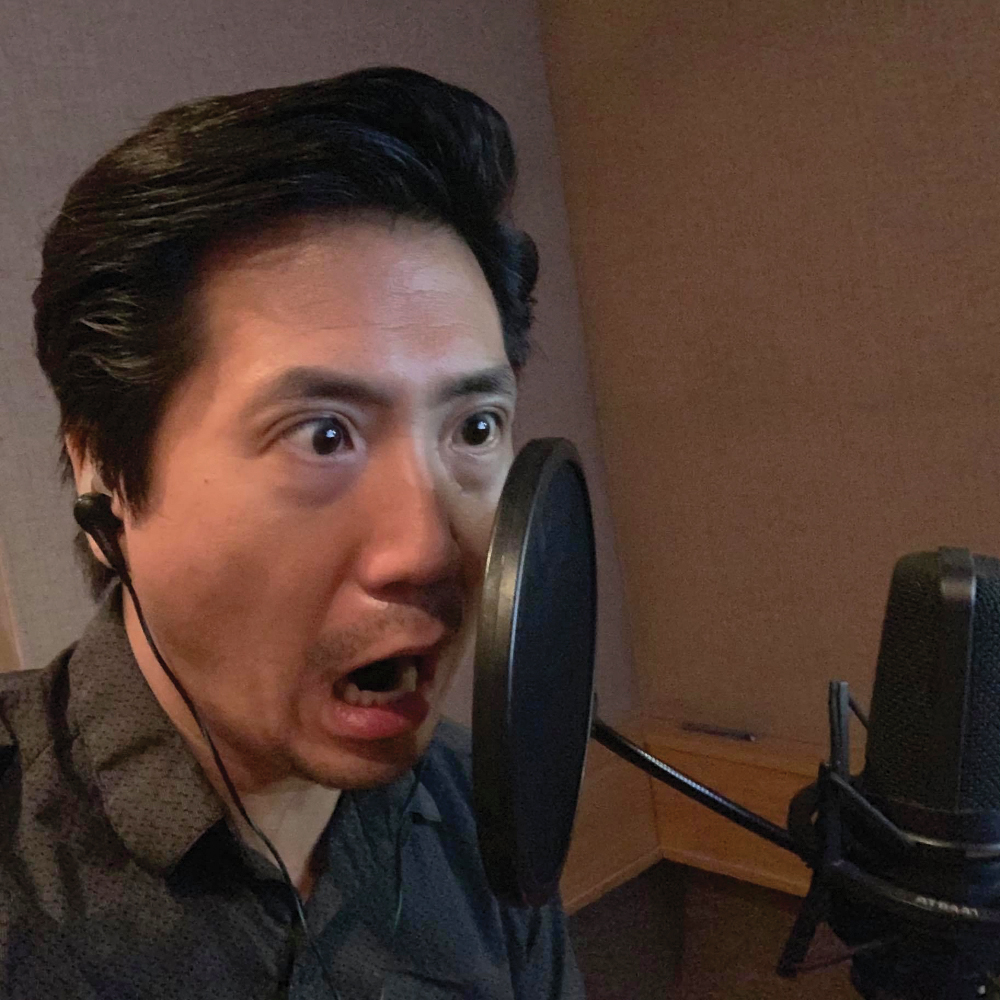 “He sat down and he was brilliant,” says Dan Klein, ’90, an original SImp who now coaches the troupe and teaches improvisation as a Stanford lecturer. “It was so fundamental to the success of the group.”

The performing bug had bitten. Soon came Ram’s Head Theatrical Society, where Chun appeared as Action in West Side Story, and, naturally, Stanford Fleet Street Singers, the bowtie-clad men’s comedy a cappella group. “What I loved was the audience energy—to say a line, to do a bit. It made your body feel like you were coming alive with all kinds of emotions,” Chun says of life in Fleet Street, which he directed during his senior year.

As graduation loomed and his performer friends began to plan moves to Los Angeles, he didn’t quite feel ready to commit to life as an artist. Symbolic systems degree in hand, he stuck around the Bay Area for jobs at Stanford’s Center for the Study of Language and Information and, later, at Oracle. One gig—providing technical support on the DreamWorks animated musical film The Prince of Egypt—blended his interests, but he hewed close to the techie path. In 2001, Chun enrolled in a computer science doctoral program at UC San Diego, making it as far as a master’s degree before deciding to give music a real shot.

Plan A was to become a professional singer, a dream that would necessitate a lot of day jobs. A Fleet Street connection helped find him a gig as a note taker for Patrick Leonard, composer of the lavishly financed The Ten Commandments.

‘It takes a while to find your path, and now that I’ve settled into this, I can’t imagine this part of me going away. Storytelling is inspiring and empowering. I never really got that before.’

This American reinterpretation of a popular French musical would (eventually) open at L.A.’s Kodak Theater to decidedly mixed reviews. “[A]fter 2 1/2 hours of cheesy stagecraft and innocuous, blaring upbeat music, we don’t just understand Moses, don’t just aspire to be Moses, we actually become Moses,’ ” the Los Angeles Times critic wrote, adding that the musical “has the power to leave [an] epiphany-seeking theatergoer speechless.”

Yet the production’s chaotic nature ended up working in Chun’s favor: Every time someone quit in frustration, Chun was promoted, rising from assistant to rehearsal pianist to conductor and musical director. It was an exhilarating introduction to show business, yielding friendships and connections that would lead him to voice acting.

He first read for a part in Mists of Pandaria, an expansion pack of the blockbuster video game World of Warcraft that featured an all-panda cast of characters (Chun voiced several of them, including the venerable Emperor Shaohao). One job led to another, and as the credits began to pile up, Chun found that he had a niche that drew on everything he loved about performing.

“It takes a while to find your path, and now that I’ve settled into this, I can’t imagine this part of me going away,” he says. “Storytelling is inspiring and empowering. I never really got that before. As I’m working more and more in this business, I’m realizing how much I care about that.” Video games in particular are an opportunity to create something that is beloved by its audience, transporting players to a different world and connecting them to a community beyond their immediate surroundings.

Unlike their colleagues on feature film sets, video game actors don’t get weeks or even days to immerse themselves in character research. Enter the improviser. On a typical job, Chun walks into a recording booth (or these days, checks email in his home studio), where he receives a script and, if he’s lucky, a picture of the character he’s about to voice. A producer offers a few notes on the character’s background, and then Chun gets a few minutes to digest that and try out different interpretations of the character’s voice: its octaves, signature inflections and precise accent. Once he and the voice director agree on a sound, it’s go time. 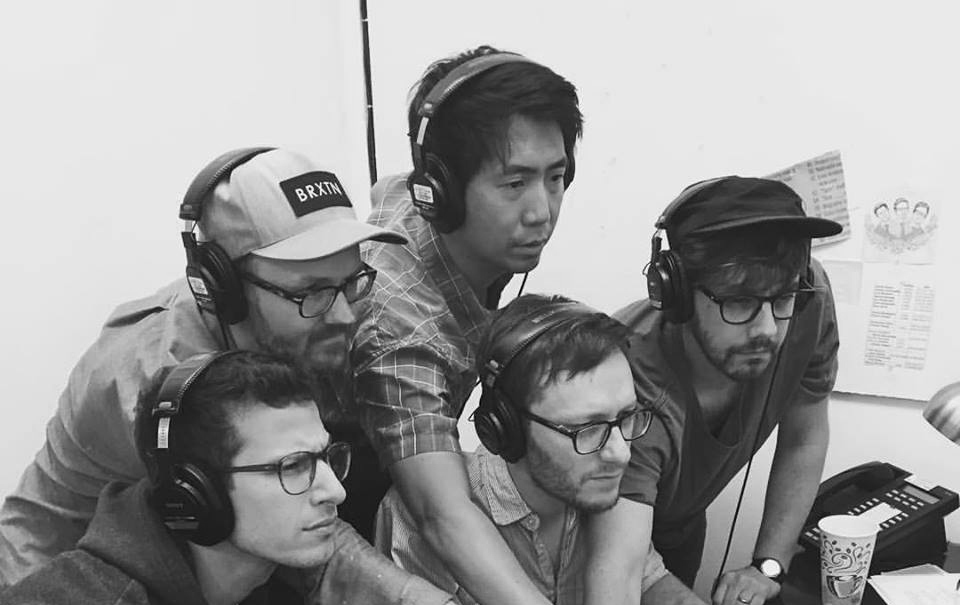 Chun will read two or three different versions of a line, switching up the emphasis in his sentences or the emotional tone in his voice, depending on the director’s cues. If his character’s line is “I don’t know why he does that,” he’ll deliver the first take in a voice that sounds confused and slightly hurt by the subject’s actions. The next may be in a tone of frustration—“I don’t know why he does that!”—and the next in a breezy, upbeat take, as if the character were dismissing the subject and his baffling behavior entirely.

“He’s ridiculously smart and creative,” says L.A.-based voice actor G.K. Bowes. “He has a really good ear for voices and characters and subtleties to bring to the table.” Bowes and Chun met roughly a decade ago in a voice acting class and bonded instantly. (As two former techies from families of Asian descent, “we just hit it off talking about disappointing our parents,” deadpans Bowes, who majored in microbiology at UCLA.) They’ve worked on several of the same projects since, though because of the solo nature of voice recording, they rarely realize they’ve worked together until the project’s final credits come out.

These days, voice actors benefit from having one of the few performing roles in show business that can be done from home. Even prior to the pandemic, Chun recorded a lot of his work from the studio in his Burbank home, which he shares with his wife, Shelley Tadaki, ’00, MA ’03, an honors academic and career counselor, and their 4-year-old son, Anthony. He does a weekly livestream for fans and is continuing to work on his own music. He hasn’t totally given up on that solo career just yet. In the meantime, he has found his voice.

Corinne Purtill, ’02, is a writer in Los Angeles. Email her at stanford.magazine@stanford.edu.

Stream the latest and greatest from your fellow alumni.