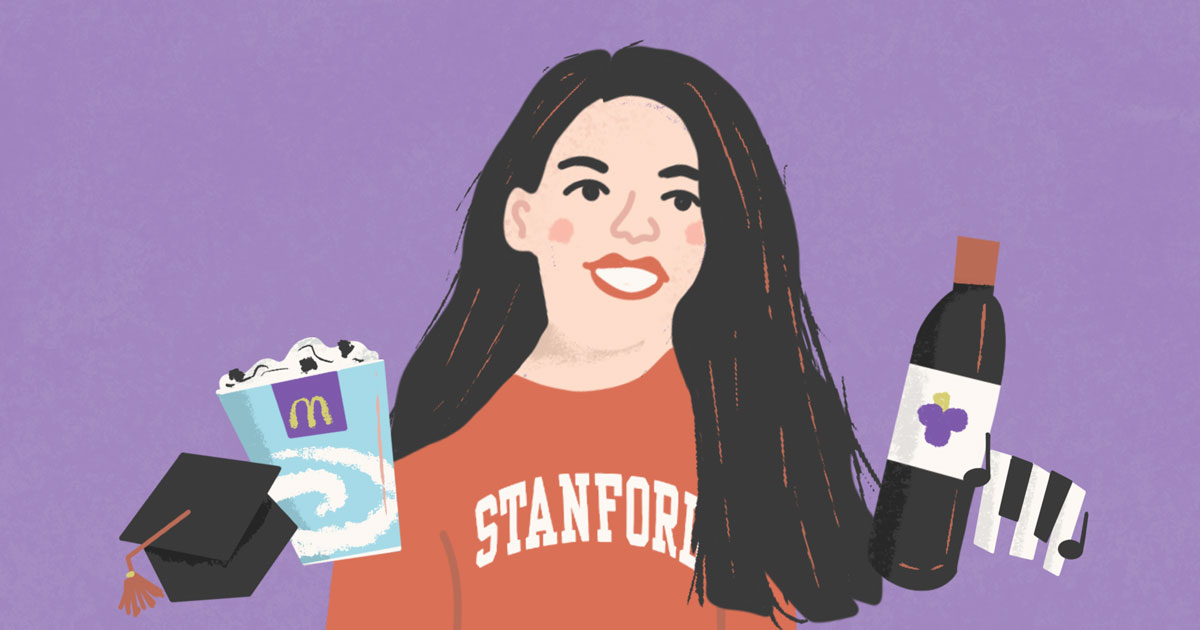 Oh, you should have seen us at SFO—the five of us holding each other like our lives depended on it, our fingers still sticky from the McFlurries we got on the way to the airport. People couldn’t help but watch us: this bizarre, teary-eyed crew huddled in the middle of the terminal with their bright red Stanford sweaters, laughing and crying into each other’s arms as if their world were ending in the funniest way possible.

“All right, I guess I’ll go now,” I kept saying, tugging at my suitcase but not able to leave. I hadn’t properly slept in days. The last few nights had been one massive sleepover (ask us how many people you can fit into two twin beds and a futon when both senior year and the world are ending), as if we had taken it upon ourselves to stretch every last second into all the days we wish we still had. That afternoon, we had spent our last few hours together running through campus, pausing like wide-eyed frosh to marvel at all the little details we had somehow missed in our almost-four years. It was raining but somehow sunny, like when you want to laugh and weep at the same time because this is all so beautiful but so sad. 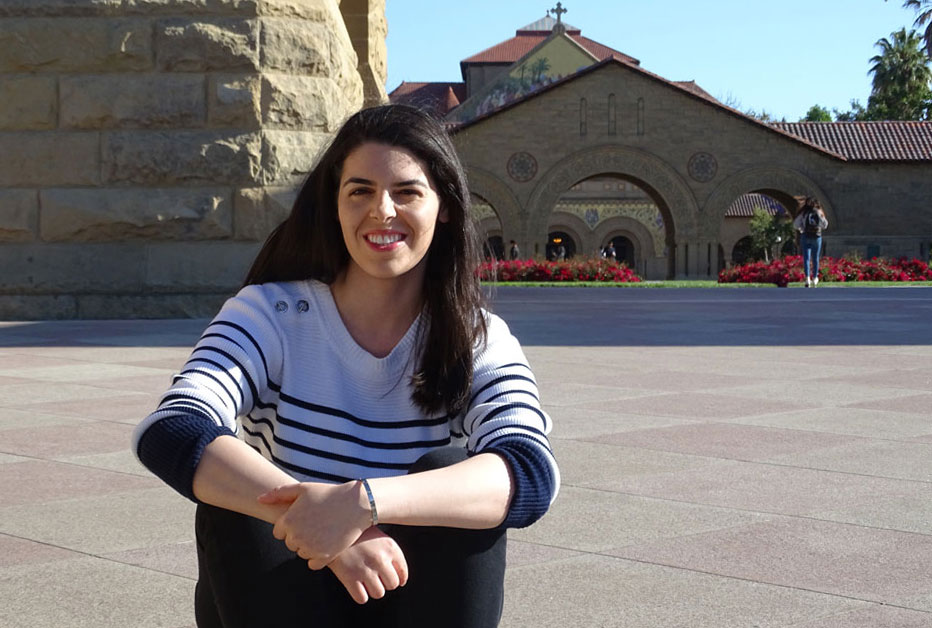 I had always seen Commencement and my senior spring at Stanford as the culmination of a truly transformative period in my life—the final crescendo to my college days, both an ending and a beginning to neatly wrap up this tremendous four-year rollercoaster. But as the world paused uncertainly in its tracks, I found myself with just 24 hours to muster hasty goodbyes—“See you in a bit,” I’d say, as if language alone could speak it into existence—throw everything I owned into boxes and book my flight out of California for the next night. Whatever Commencement I had would be those last few strolls through campus and one final drive to SFO.

‘It occurs to me now that there might not have been a truer way to end my time in college than the delirious frenzy that was my last week on campus and that painfully raw moment in Terminal 3.’

But perhaps the most beautiful endings are not quite endings at all. Maybe my fondest goodbyes will be the ones left unfinished: the unopened bottle of wine that was being saved for the weekend, the unworn graduation dress, the piano recital no one ever got to hear, the canceled concert tickets buried in a box that is already starting to smell like the past. When my sentences hang awkwardly and unfinished, perhaps I can learn to love them still, for everything they can forever continue to be in my mind—both beginnings and endings and everything else in between.

It occurs to me now that there might not have been a truer way to end my time in college than the delirious frenzy that was my last week on campus and that painfully raw moment in Terminal 3. There is no moment I will hold dearer in my heart than those few minutes of pure love for the people who made this little corner of California my own; no polished celebration could ever quite so poignantly wrap up Stanford for me. There was no pomp and no ceremony, no pictures to show for it; just five best friends holding each other amidst the absurdity of it all, thankful for the time of their lives.

Emma Abdullah, ’20, a political science major, is an avid trekker and people-watcher who enjoys muddy boots and the sound of crunchy leaves. Email her at abdemma@alumni.stanford.edu.

The Pain and Perspective of a No-Commencement Spring

Graduating students lament the loss of a formal ceremony, but strengthen the bonds they share.