The Pain and Perspective of a No-Commencement Spring

Graduating students lament the loss of a formal ceremony, but strengthen the bonds they share. 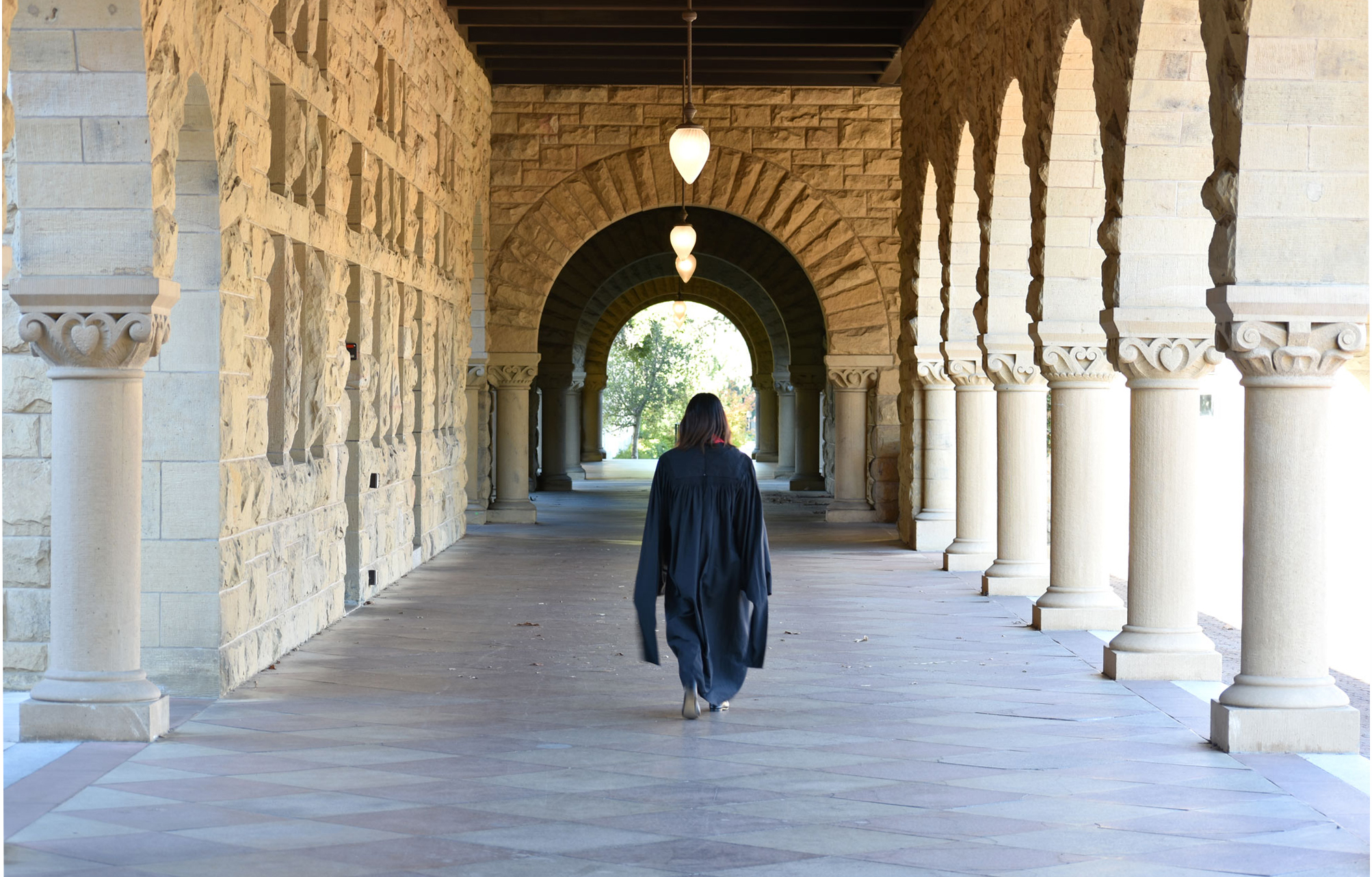 Lily Randhawa was climbing out of the pool after synchronized swim practice when her teammates’ phones started buzzing with the message that they would have to depart from campus in less than a week due to COVID-19. Dripping wet in the locker room, the three seniors on the team immediately wondered out loud, “How will we get back for Commencement?”

“We were in shock,” says Randhawa, ’20, whose team was two weeks away from nationals. “You still have that little hope.” But a few weeks later, Randhawa and the estimated 5,000 other undergraduate and graduate students preparing to receive their degrees this spring got word that Stanford’s 129th Commencement was called off, another casualty of the novel coronavirus. “It was this weird feeling of, is it really canceled?” recalls Randhawa.

It really was, although "postponed" would be more accurate since the University plans to eventually invite students back for an in-person ceremony. Nevertheless, for the first time since 1906 (when an earthquake forced a postponement), Stanford this year will not have a traditional commencement. Although a virtual celebration is planned for June 14, there will be no 2020 Wacky Walk, no Senior Dinner on the Quad, no hooding of PhDs, no photos of decked-out grads fountain hopping in caps and gowns. 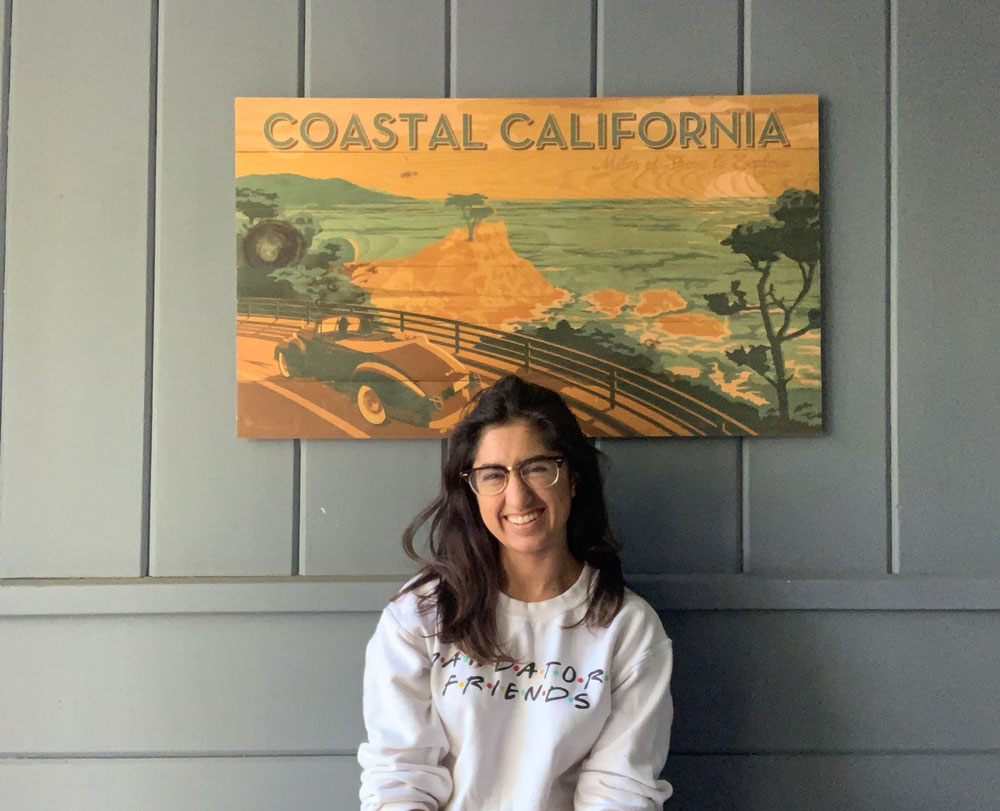 Commencement ceremonies have always been a portal into the world of adulthood, providing graduates the chance to say goodbye and celebrate their launch into post-college life with traditions both silly and somber. Without it, graduates this year are left to make peace with not only their abrupt departure from campus, but also the ache that accompanies the loss of a milestone and the worry that comes from graduating in uncertain times.

Personal disappointment doesn’t fully capture Derek McCreight’s reaction to the news.  The loss of the traditional event was a blow to his entire family, whose members would have been making their first-ever trip to Stanford to celebrate the only one in the family to graduate from college. McCreight’s dad died when Derek was a sophomore, so the chance to celebrate his graduation was all the more meaningful for his mom and sister. They’d already bought plane tickets and made hotel reservations.

“I always say prepare for the worst possible outcome,” says the computer science major, ’20, from Yantis, Texas. “If you have plans A, B and C, you have a contingency. That’s how I’ve always operated. I had it all thought out with four different backup plans. But I wasn’t thinking of a planet shutdown.”

Vice Provost for Student Affairs Susie Brubaker-Cole is aware of the anguish and offered her thoughts to seniors in an email to Stanford: “The Class of 2020 has had to muster a collective resilience and to redouble your commitment to each other like no other class. This spring you’ve had to have each other’s backs and stay close across distance in ways that hold enormous promise for long-lasting friendships and the ability to face and overcome future hardships. We’re so proud of you for how you’ve weathered this crisis and carried on as Stanford 2020 together.”

The situation is particularly disheartening for international students who have spent recent years so far from their loved ones and, in many cases, on a campus their parents have never seen.

McCreight has tried to maintain those precious ties with his classmates virtually, but he admits that once graduation was postponed, the losses kept piling up. He was excited to be moving with his buddies into a house in Los Altos Hills, but that fell apart when the landlord changed her mind about renting and removed it from the market, citing the pandemic. And now his plan to complete his co-term studies in artificial intelligence may also be delayed, he says, because he learns better in person than online. “I just don’t know if I can do another quarter on Zoom.”

“It’s easy to feel like you’ve lost everything and that everything has gone to crap,” he adds, “but that’s very fatalistic so you have to find things that aren’t going bad.”

To keep his spirits up, McCreight rides his bike, occasionally venturing into downtown Palo Alto, which he describes as “the highlight of my week.” Sometimes he plays the piano in the lounge of Adelfa in Lagunita Court, where he lives for now. He has to work around the caution tape that was draped over the keys to keep people away.

Salma Mousa, who just completed her PhD, echoes the disappointment others are feeling about missing Commencement. “I have been looking forward to this because my family is from Egypt and they got visas that are going to expire. I’m not sure if they can get visas again.”

Mousa, who just wrapped up her dissertation on social cohesion for the department of political science, defended her thesis from her laptop, which she balanced on the tray of her 10-month-old son’s high chair in her Santa Clara apartment. Her mother, father and aunt watched live from the United Arab Emirates. On the plus side, she adds, her grandmother, who would not have traveled, also got to be there on Zoom. 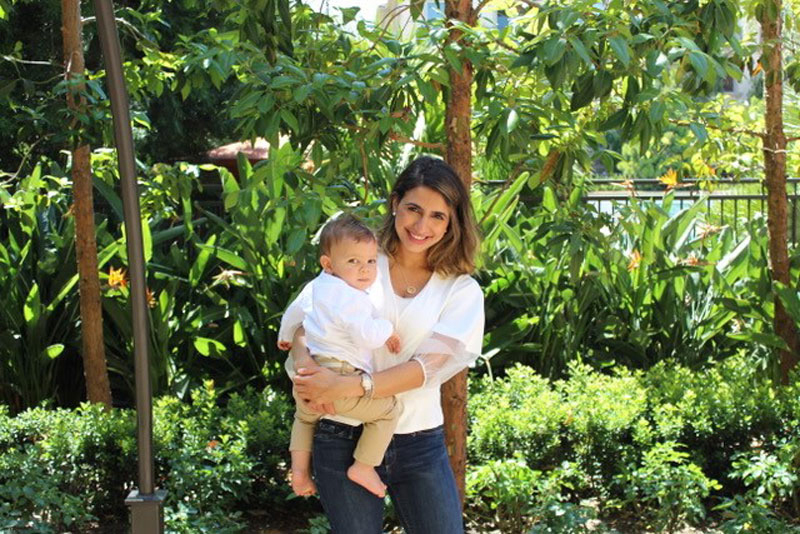 The situation is particularly disheartening for international students like Mousa, who have spent recent years so far from their loved ones and, in many cases, on a campus their parents have never seen.

Canadian PhD candidate Gabriela Badica says she and her mom weren’t surprised when they got the news. “I realized that an event with people from all around the world sitting very close to one another was the last thing that would be possible,” she says. Superstitious about presuming she would finish her degree on time, she told her family to postpone buying plane tickets because “you don’t want to jinx it.” She had especially looked forward to the moment when her adviser would have placed Badica’s hood over her head, signifying her completion of a doctorate in Iberian and Latin American cultures.

It’s not the first time a global catastrophe has intersected with Badica’s education. “I finished my undergraduate work during the ’08 recession, and I wrote my thesis on that,” she says. Not only has the pandemic robbed her and her counterparts of the rituals marking their accomplishments, but it’s also threatened their employment prospects. The position Badica thought she would be starting in the fall evaporated due to the pandemic (she’d rather not give details), so she is back on the job market. “I do think our class will see delayed career paths as we did [in 2008]. We are about to enter a great human experiment. Hopefully it will work out for the better.” 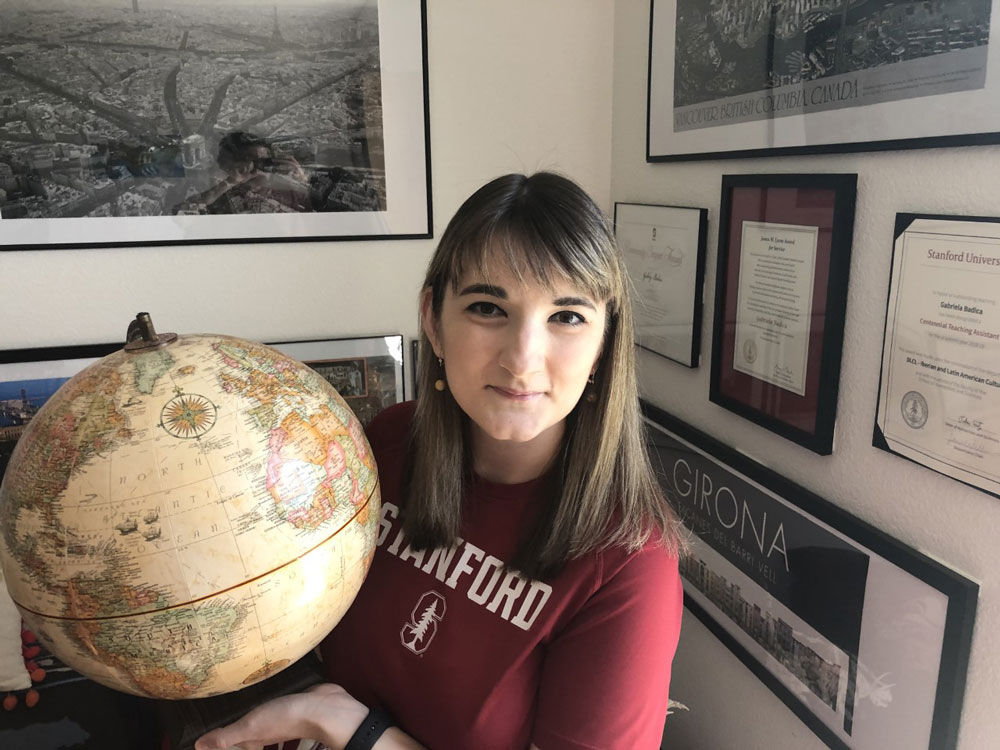 As graduation intersected with nationwide unrest following the killing of George Floyd by a Minneapolis police officer, commencement took on a different meaning for some students. “Commencement is a moment and, yes, we are missing this moment, but we need to make sure that the current conversations surrounding racial justice, systematic oppression and social reform are not just another moment in time,” says Uche Amakiri, ’20, a biology major. Amakiri has been home in Texas since March but heads to Icahn School of Medicine in August as planned, more determined than ever to focus his career on rebuilding a health-care system that has failed many people.

Amakiri says he will take along for inspiration his own version of the "Three Books" that Stanford gives to its incoming class each year: Beloved by Toni Morrison, Their Eyes Were Watching God by Zora Neale Hurston and The Nickel Boys by Colson Whitehead. “I hold them close to my heart."

Jack Golub, ’20, who is getting his degree in comparative studies in race and ethnicity, says he feels lucky to have a job teaching middle school but is haunted by the same uncertainty and fear about the future that others are struggling to manage. Golub eventually headed home to New York, where his twin sister, a Harvard senior, had already retreated. His two younger siblings, both Stanford freshmen, beat him home.

‘Our introduction to the world is a dumpster fire. Now it’s time to activate relationships and lean on each other.’

“It was a really emotional place to be in before I left,” he says. “I was at my residence, Xanadu, starting to remember and to grieve. I just was overcome with this question of, is this how it ends? It was too big a question for me to bear. I can’t think of a worse time to be graduating.”

Some economists predict it will be years, perhaps even a decade, before 2020 graduates fully recover financially from starting a career during a time of economic hardship.

“Our introduction to the world is a dumpster fire,” says Golub. “Now it’s time to activate relationships and lean on each other. Even before we graduated, we were being asked to focus on something much larger than our original aims. I hope we are up to it.” 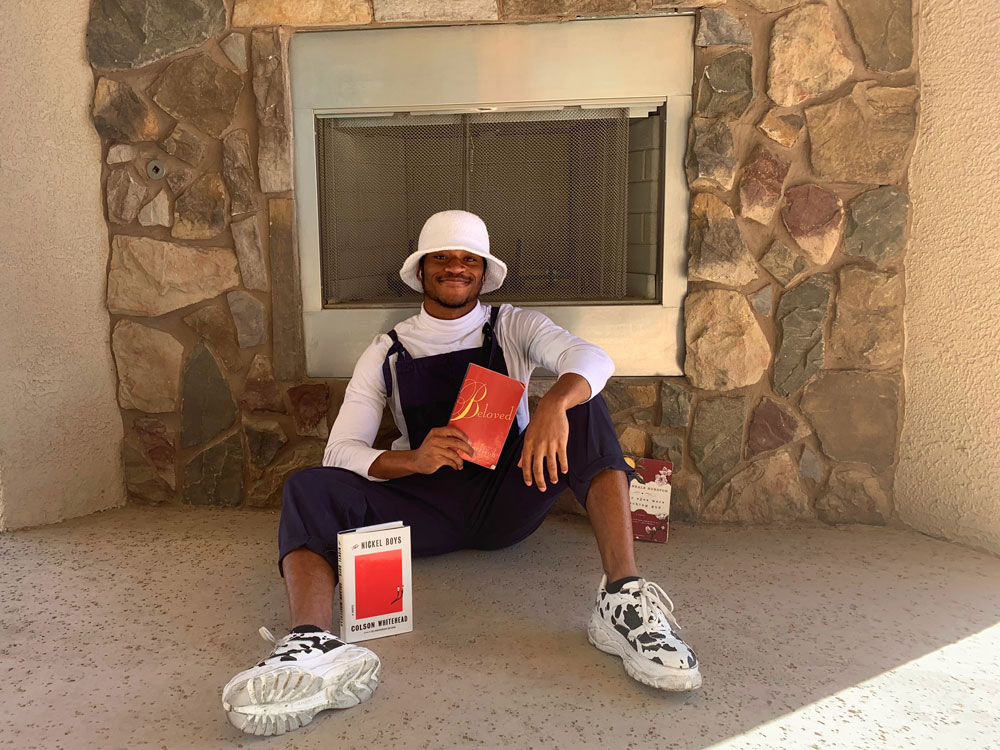 Since Golub’s job is still on, he is moving to Texas to teach at a charter school. “I hope I’m not teaching my first class on Zoom in the fall,” he says. “But I’m preparing myself for that possibility.”

Like his classmates, Golub had to change his expectations for both his last weeks as a Stanford student and for what kind of world he will enter with his newly minted degree. It’s not what he had prepared for, nor what he envisioned. “It pains me that I lost control of my exit.”

Coping with a sudden and unexpected ending also saddens Badica, but she is trying to find the silver lining. “I’m so grateful for my time at Stanford,” she says. “That is something I will always have.”

It is the universal lament of the Class of 2020, shared around the world. “I think for the rest of our lives we will tell the story,” Badica says. “I graduated the year of COVID-19.”

Families, friends and the public can watch Stanford’s virtual celebration on Zoom on June 14, starting at 10 a.m. The 30-minute program will include reflections from students, alumni and academic leaders, plus a few surprise guests.

Alumni whose graduations occurred in the midst of earlier upheavals—in 1970, during the Vietnam War and the aftermath of the Kent State shootings, and in 2009, at the peak of the Great Recession—will reflect on their experiences.

“Although the virtual format is no substitute for gathering in person, it does create opportunities, and one element we are excited about is the ability to bring alumni voices into the celebration,” says Matthew Tiews, associate vice president for campus engagement and the mastermind behind the event.

Students and alumni were invited to submit photos, videos and testimonials to include on the newly created commencement website, which will remain online for grads and families to visit at their convenience.