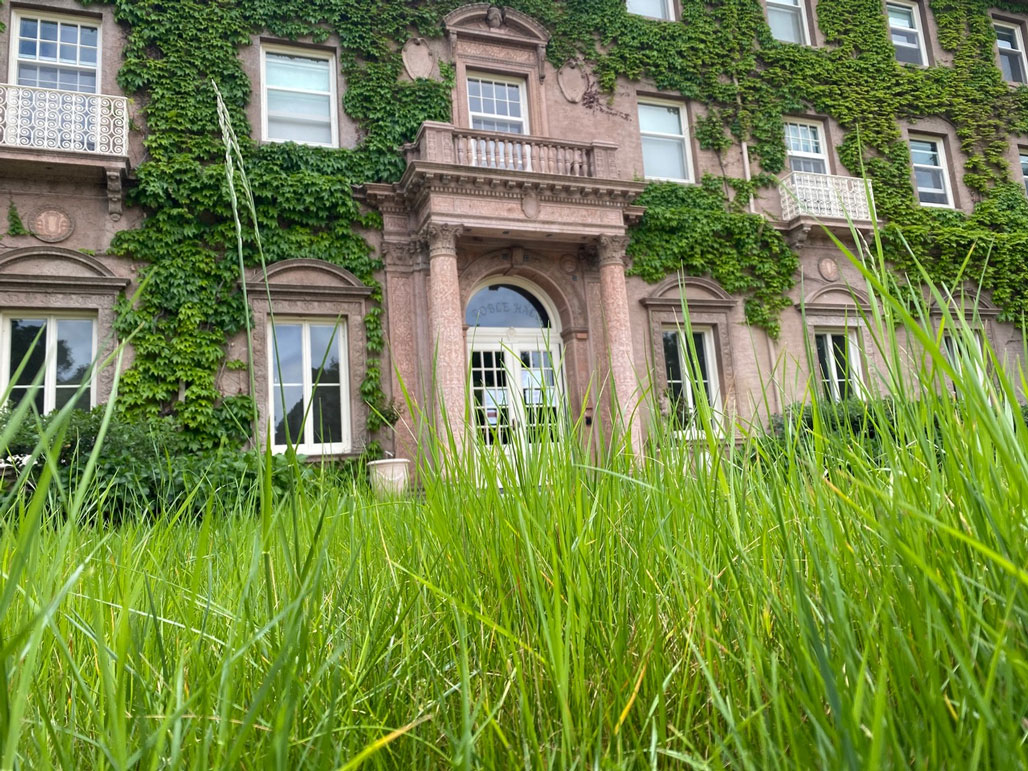 Editor’s Note: Jeffrey Ball and his wife, Becky Bull, are the resident fellows of Roble Hall, Stanford’s largest four-class undergraduate house. On May 24, as the spring quarter drew to a close, he wrote this letter to Roble’s approximately 300 residents.

Greetings from Roble Hall, which, as the spring quarter draws to a close, is bathed in sunshine, dripping with ivy and lonely with most of you gone.

It has been about 10 weeks since the house, like the Stanford campus, was full. That’s less than the time it takes to write a memorable capstone paper, develop a lasting friendship or learn how to paint. And yet, of course, the period that ended in mid-March seems like a different era.

The purpose of this letter isn’t to offer you cheap bromides. I’d give you reassurances if I had any I thought were credible. I don’t.

What I have are some thoughts about how you might begin to derive meaning from this period of fear and uncertainty—and about what you might do with that insight.

None of us had any agency over the creation of the coronavirus, a crisis that’s so poignant in part because it’s at once so global and so personal. But we do have control over how we react to it. Will we, understandably but pointlessly, wallow in the injustice of lost spring-quarter late-night conversations, of dashed summer-job prospects, of the erasure of the confidence that lucrative rewards inevitably follow hard work? Or will we rededicate ourselves to being of service to a world that finds itself in existential and intensifying need? To assessing, appreciating and acting on the elemental gifts we’ve still got? To being newly honest with ourselves about what we can’t control—not to be nihilistic, but, to the contrary, to force ourselves to dig with gusto into the many crucial things we still can influence?

Becky and I are the parents of two daughters not much younger than you. I’ll let you in on a secret: They’re pissed. They’re pissed that their school years were upended, that their sports seasons were canceled, that they’re barred from seeing friends, that their summer plans are up in the air, that their next academic year appears almost certain not to be normal, that they have to wear stupid masks over their faces, and that they’re cooped up with their parents. (I know it will shock you that anyone wouldn’t love being cooped up for two months in our Roble apartment with Becky and me. We, too, are stunned.) Bottom line: Our daughters are pissed that the control they used to think they had over their fortunate lives seems gone with the now-threatening wind.

‘None of us had any agency over the creation of the coronavirus, a crisis that’s so poignant in part because it’s at once so global and so personal. But we do have control over how we react to it.’

All of that is awful. But all of that is done. The real question is what our daughters and you will do about it—how you’ll recalibrate your worldviews to find control, and even inspiration, in your lives as they are now.

My generation has dealt yours a bum rap. You were born around the time of an upsurge of terrorism, one that felled the twin towers, and with them an assumption, at least in the broadest sense and in the most privileged swaths of America, of safety and stability. You have come of age amid a crescendo of “natural” disasters, from wildfires to heat waves to floods, that demonstrate in lives as well as in dollars that climate change is not merely a future possibility but a present force. You have witnessed the failure of institutions—of a social safety net that was supposed to be compassionate, of an immigration policy that was supposed to be generous, of a Congress and a White House that were supposed to work.

And then, this spring, you were knocked down by the rise of a pandemic. It has rendered your dorm rooms uninhabitable, high-fives and hugs dangerous, and face masks both a health necessity and a fashion symbol. It has ripped you away from Stanford—from your deepest friends, your intellectual work, your perch of freedom and of personal growth. It has torpedoed the plans you thought you had locked in for the next several months. Most horrifyingly, it has unleashed, across a world we thought was big but we now see is achingly small, a still-metastasizing scourge of sorrow, sickness and death. The richest nation in the world found itself without enough ventilators. Nearly 10 percent of American workers have lost their jobs. In some cities, bodies are piling up in mass graves and in refrigerated trucks. The virus has, I suspect, directly touched some of your friends, some of your relatives and some of you. 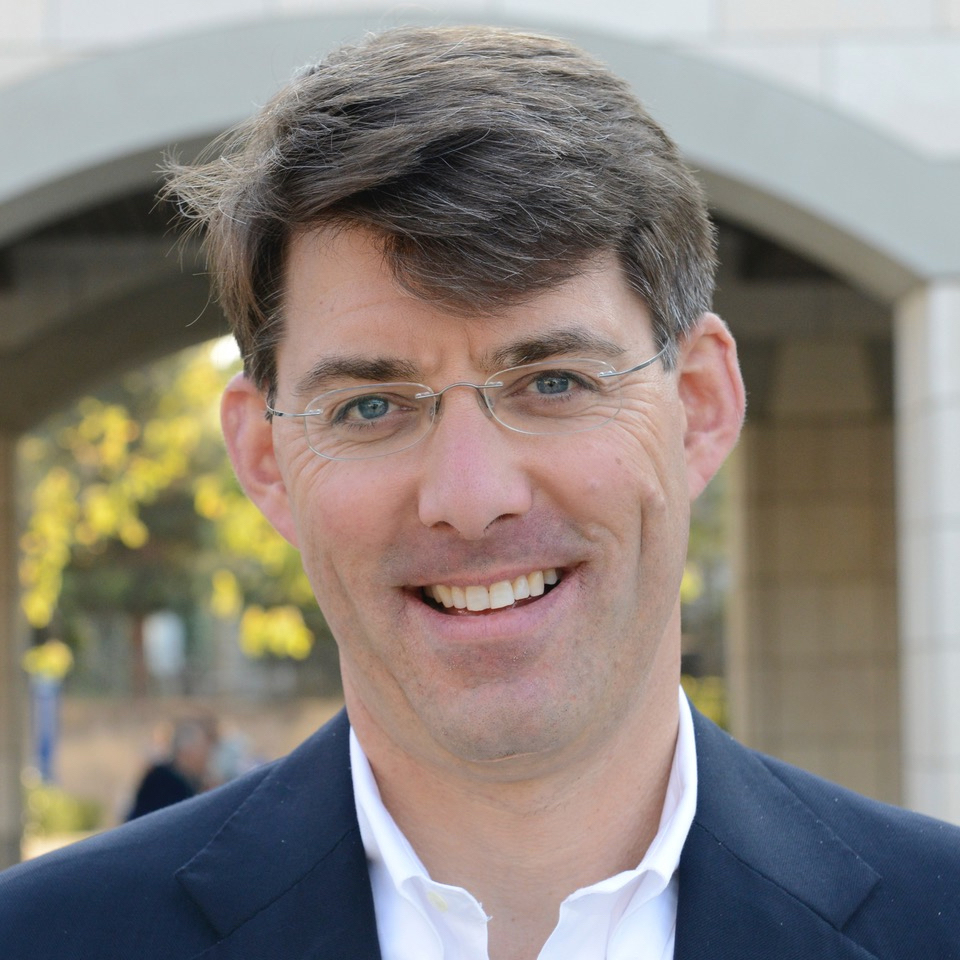 I recount this not to be gratuitous or to scar you. I recount it to be honest with you about the situation we together are in. I recount it, moreover, to ask you to consider a question:

Against it all, why hope?

You are not the first generation to reckon in your formative years with scary prospects. My grandfather, who died three years ago at the age of 100, was 12 when the Depression hit, and he wasn’t long out of college when he shipped off for World War II. The summer I graduated from college, a recession blanketed the country. When I started my summer newspaper internship that June, it seemed certain to turn into a job; by August, the paper had imposed a hiring freeze, and I, a coddled graduate of a fancy university, felt stuck. Neither of these examples approximates a pandemic. But both illustrate that life often fails to work out as we want—and yet, at least for the lucky ones, goes on. Many of you don’t need to hear any lecturing from me on this point; by the time you got to Stanford, you already had spent years busting through barriers beyond your control.

‘You needn’t map your life’s path; you need only take your next step.’

The 300 of you who are part of this year’s Roble community are, like your predecessors and like your thousands of Stanford colleagues, a wonderfully varied lot. You’re diverse in almost every way: socioeconomically, racially, in your physical abilities, in your gender identities, in your academic interests, in what foods you like, in what music you listen to, in what languages you speak, in what you do today in your spare time, in what you want to do tomorrow with your lives. Yet you share an immense privilege: attending one of the world’s great academic institutions. Its teaching, even if right now over Zoom, will continue to broaden you. Its people, even if right now by email and Slack, will continue to support you. Its name, even after the coronavirus, will open doors for you. You still have, in short, much for which to be grateful.

This crisis is an unspeakable blow to humanity. It’s also—let’s be honest—a big pain in the ass. None of us wanted it; all of us wish we could go back to the way things were before the middle of March. But it’s here, and we can’t. So we ought, at the very least, to think sufficiently deeply about its implications that we use it as a nudge to elevate the impact of our lives.

To the extent that you were rushing through Stanford with figurative blinders on, hurtling toward a degree that was to be merely the next trophy in your preprogrammed race toward indiscriminate financial success, you might use this unwanted lesson in unpredictability to slow down and mull two things. First, a half-century from now, how do you want to be able to look back and see that you used an education that the vast majority of people on this planet never got? Second, how will you react the next time—because, alas, there surely will be a next time—that circumstances beyond your control kill the plans that you have spent weeks, months, maybe even years painstakingly laying out?

If you’re graduating this spring, you might consider anew how most meaningfully to apply the insights you’ve gained at Stanford to the world beyond it.

If you’ll be back at Stanford in the fall, you might rethink how, in the time you still have on the Farm, to broaden and deepen your learning. By “learning” I mean not merely racking up the skills you’re banking on being the most marketable today; that’d be easy and, even by mercenary standards, almost certainly myopic. By “learning” I mean equipping yourself with a framework for a life in which you muck about the messiness of humanity—a framework that will give you the intellectual and emotional suppleness to adapt to the unknowable but inevitable dislocations that’ll hit you tomorrow. Such adaptations would be all the more impressive if they involved helping others, not just yourself, to rebound from the shocks.

The world over the past few months seems to have lost its balance. But Stanford and Roble—and Becky and I—still have your backs. Most important, each of you still has your heart and your head. Use them.

By all means, scream to the moon about the unfairness of this spring. But then quiet down, consider what you want to do next to change the world, and get on with it. You needn’t map your life’s path; you need only take your next step.

The coronavirus has taught us many lessons we’d be wise not to ignore. Among the most profound is that time is too precious to waste.

Jeffrey Ball is the scholar-in-residence at Stanford’s Steyer-Taylor Center for Energy Policy and Finance and a lecturer at Stanford Law School. Email him at jeffball@stanford.edu.