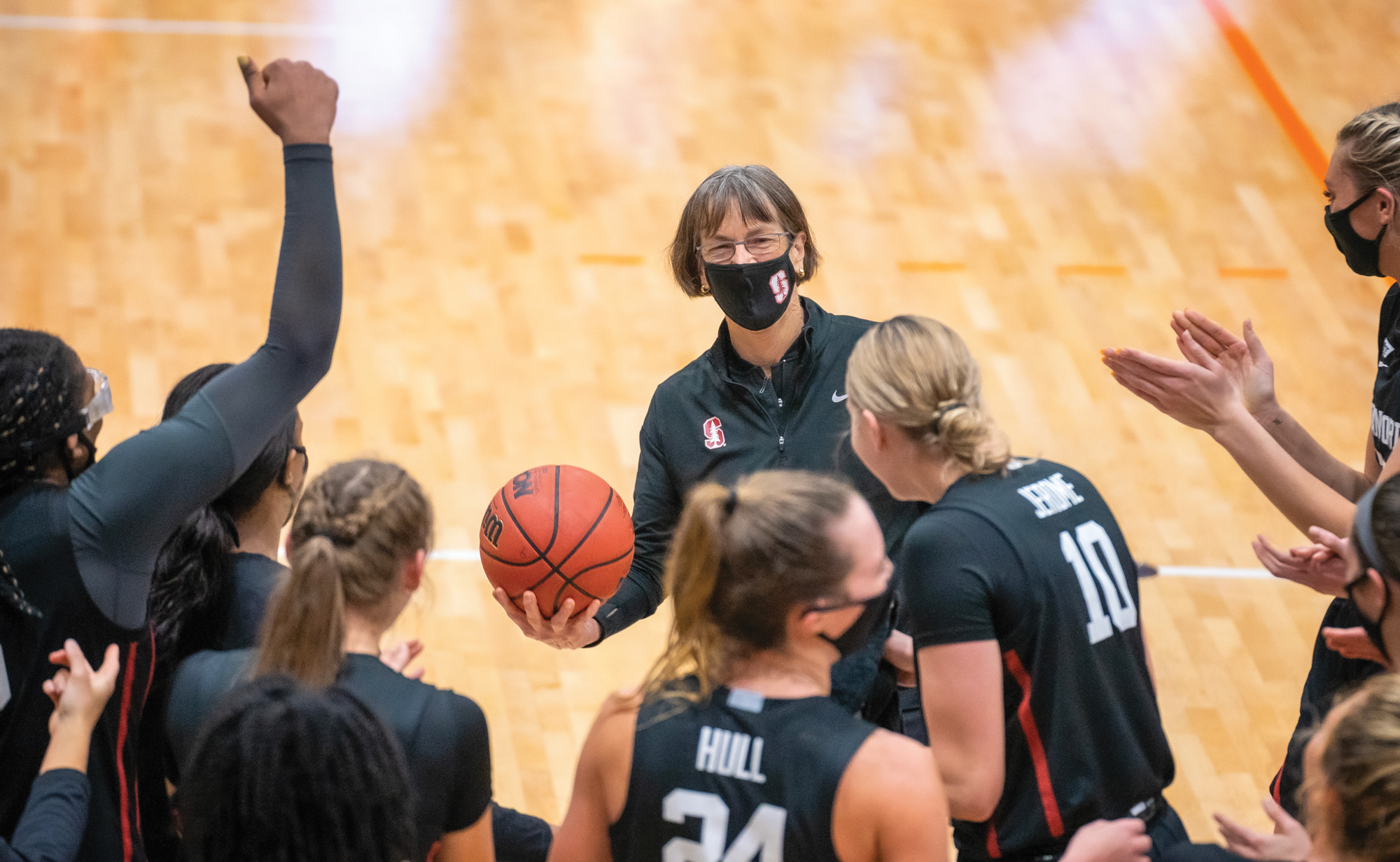 Tara VanDerveer, Cardinal women’s basketball head coach since 1985, won her 1,099th collegiate game on December 15, surpassing the previous record held by the late Pat Summitt of the University of Tennessee. VanDerveer was given the game ball from Stanford’s 104–61 win over the University of Pacific and, from her players, a wearable blanket emblazoned with the nickname T-Dawg.

Tara VanDerveer took the Cardinal from doormat to dynamo and helped boost women’s athletics. But as far as she’s concerned, it’s still a work in progress.