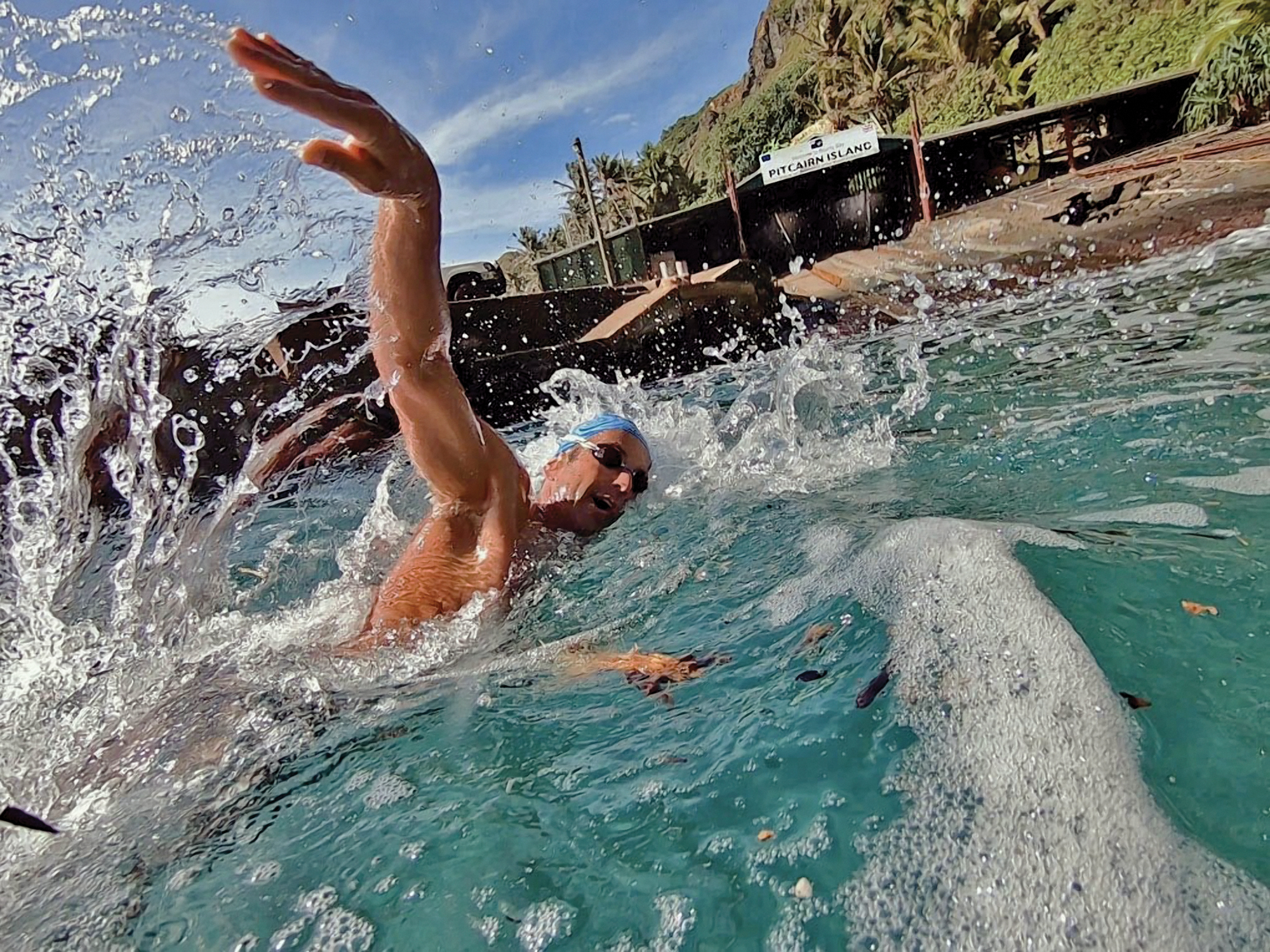 Last November, at an annual 5-mile open water race in St. Croix, U.S. Virgin Islands, that he’s won 18 times, Alex Kostich placed second, by less than a second, to a 16-year-old. A spectator on the beach asked him whether he consciously let the other guy win.

It’s an understandable question. When detailing Kostich’s racing accolades, the first question is how far back do you want to go? As a member of the U.S. national team, he won a total of three gold medals at the Pan American Games in 1987 and 1991. An All-American and an NCAA runner-up in the 1,650-yard freestyle while competing for Stanford, Kostich, ’92, has won or placed in the top 10 of dozens of ocean races over the years, including the 2.4-mile Waikiki Roughwater and the La Jolla Gatorman, a grueling 3-mile swim in the San Diego area, from La Jolla Cove to Scripps Pier and back. In 2019, he earned a spot in Guinness World Records for completing the fastest-ever solo circumnavigation (10 km) of Pitcairn, a remote volcanic island in the southern Pacific.

In 2019, he earned a spot in Guinness World Records for completing the fastest-ever solo circumnavigation of Pitcairn Island.

Kostich balances his swimming with a career in the entertainment industry; he’s senior vice president of creative marketing at Participant, a production company in Los Angeles devoted to socially conscious projects (and founded by Jeff Skoll, MBA ’95). Recent films Kostich helped market include Dark Waters and Stillwater (neither is swimming-related, despite the aquatic titles); he appreciates the connection between his work and his love of the natural environment. “I love that I’m able to work on projects that raise awareness about global issues facing all of us,” notably climate change, pollution, rising ocean levels and overfishing, he says. “It’s nice to know that what I’m working on in my professional life might actually affect and influence, in positive ways, what I treasure in my personal life.” 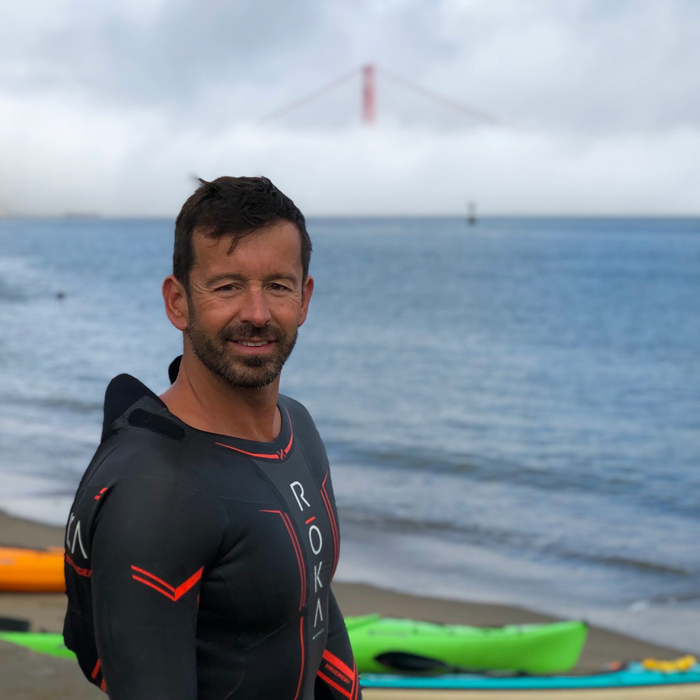 Apart from future island circumnavigations and ocean races, Kostich is plotting his next challenge, this time on terra firma. Along with his husband, Steve Childers, and a few close friends, he plans to climb Mount Kilimanjaro. “I thought it would be cool to do something outside of my comfort zone,” he says.

David Preizler is a freelance writer in Los Angeles.

They Rule the Pool