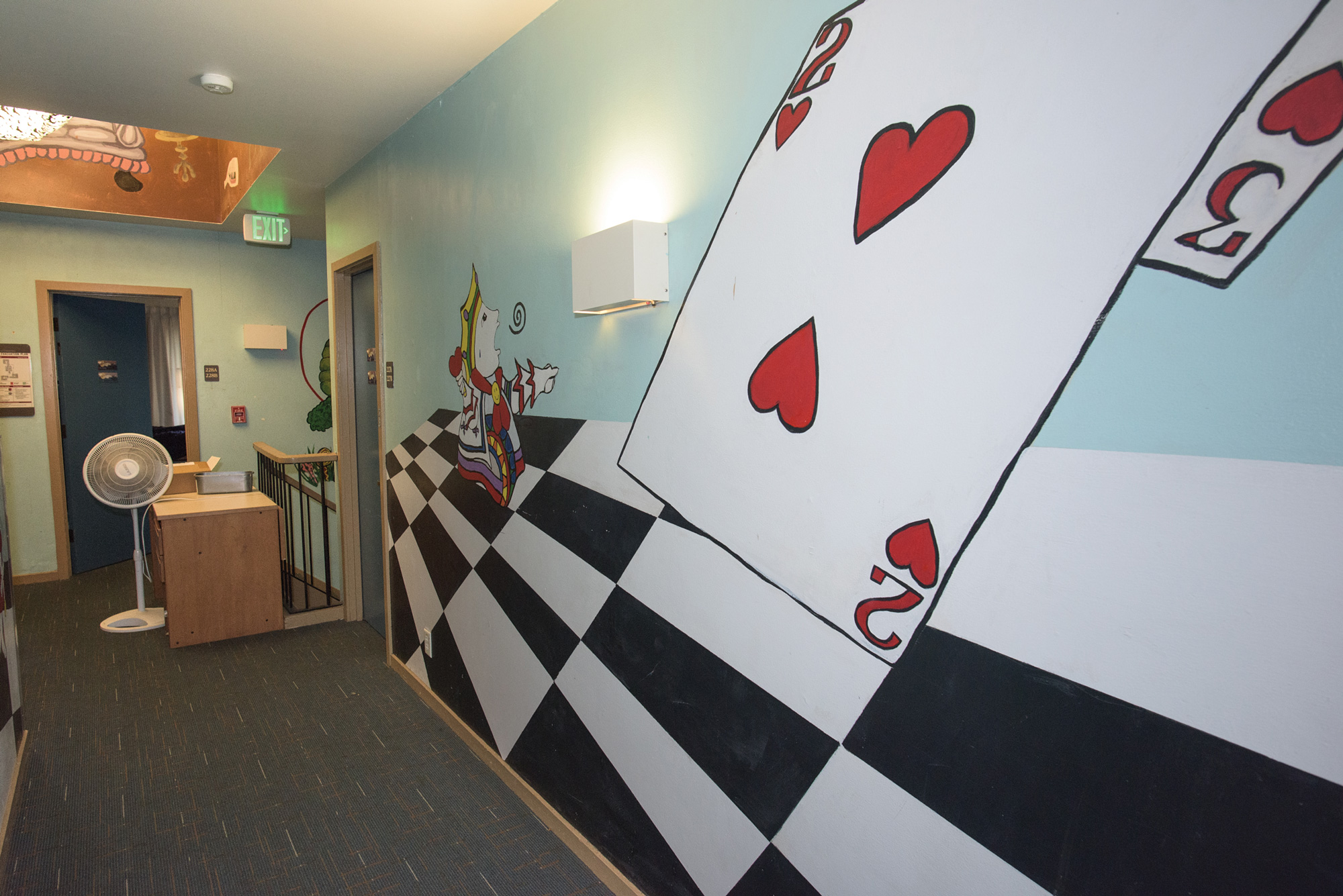 Some of the details behind the creation in 1990 of the Enchanted Broccoli Forest, a pioneer in Stanford’s brief history of whimsically renamed student residences, are as elusive as mist. Were there house meetings, heated arguments, a vote on a new name? Former residents can’t recall. And the Daily, which has dutifully reported on other houses’ renaming adventures, curiously let EBF’s pass without comment. All of which adds to the mystique of a place residents describe as magical.

The house at 375 Campus Drive had been the home of Alpha Delta Phi from the time it was built in 1963 until 1989, when the fraternity was shuttered due to “a troublesome record of drug abuse, debt and academic deficiency,” according to a Stanford News Service article. The house was added to the housing draw that fall, and many former Alpha Delts, who had joined a co-ed literary society also called Alpha Delta Phi, continued to live in what was temporarily called the AD House.

That October, the Loma Prieta earthquake struck, making several Row houses, including the Synergy and Phi Psi co-ops, uninhabitable. Displaced students scattered, with a few from each of those co-ops landing at AD. Toward the end of the school year, AD residents voted to go co-op and change the house name. A piece of paper was tacked to the bulletin board in the entryway, on which residents could suggest new names. “They were all pretty silly and some of them a bit sketchy,” recalls former resident Elizabeth Smith, ’92.

One contender was the Enchanted Broccoli Forest, the title of a Mollie Katzen cookbook that was a kitchen staple at Phi Psi, whose uprooted community would be relocated to the soon-to-be EBF the following fall. Perhaps not coincidentally, EBF is also the abbreviation for an unprintable slang phrase for a place that’s inconveniently located—the house resides on the fringe of campus between Lake Lag and the Foothills. “Often when students do these kinds of things there’s hidden meaning behind it,” says Nate Boswell, ’99, associate dean of residential education for the Row. “EBF is a perfect example. How do we stick it to the Man a little bit?”

According to protocol at the time, a list of three or four names would have been submitted to ResEd for vetting, with the final selection being made by the dean of student affairs. The Enchanted Broccoli Forest was the dean’s choice, and it seemed to suit the population that would live there, a mix of people who melded the composting, communal spirit of Phi Psi with Alpha Delt traditions such as Wednesday-night live-music happy hours. (The then relatively unknown band Green Day was among the groups that played for beer in EBF’s early years.)

“It was a magical place,” recalls Caroline Miros, who met her husband, Robert, at EBF during the 1991-92 school year. “It was a refuge for the alternative people at Stanford.”

That’s still true today, according to EBF jobs manager Rachel Weissman-Tsukamoto, ’16, who notes that many activists supporting female, gay, trans and black causes live there. “EBF is a really supportive community for women,” she says. “We jokingly call it the Matriarchy.”

The music happy hours and several of the murals that were painted in the halls in the ’70s and ’80s, including characters from  Alice in Wonderland and the prism from the cover of The Dark Side of the Moon, survive to this day.

Would the Enchanted Broccoli Forest name get approved today?

Lore has it that after Delta Tau Delta—which took over the house to the west of EBF—was kicked off campus in 1995, new residents suggested changing the name to Beyond the Forest of Enchantment, or BFE, yet another abbreviation for bawdy slang for “the middle of nowhere.” The Man, which may have wised up by then, rejected that name in favor of Narnia.

Kelli Anderson, ’84, is a writer based in Sonoma, Calif.