We compiled tales of Stanford history as told in Stanford since we nostalgia, intrigue and more. 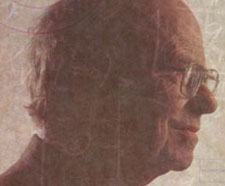 In 1956, Stanford physics professor Wolfgang Panofsky dreamed up the largest, most expensive piece of machinery ever used in experimental physics. He called it the Monster. Today we call it SLAC. At $114 million, the two-mile atom smasher cost nearly twice Stanford’s endowment at the time and helped opened up the subatomic world, enabling research that would lead to multiple Nobel prizes. But Panofsky’s greatest feat may have been coaxing the university, federal government and nearby community members to all get along with the monster in their midst. 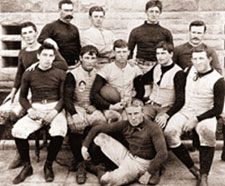 Stanford’s pioneer class certainly didn’t contain many football recruits. Just one of the school’s 559 students, a senior from Washington University, had even played the game, but that didn’t stop him from leading a team that had no coach, no playing field, not even a football. The upstarts got the attention of Cal, who laid down a challenge. And so on March 19, 1892, the budding rivals met for the first time. It was the start of the annual Big Game tradition, and more often than not, Cal disappointments. Somehow, Stanford’s pioneers won that first game, 14-10. 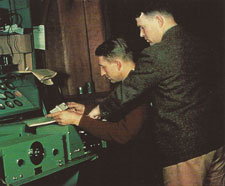 In the midst of the Depression, two sons of Stanford started a company in a Palo Alto one-car garage with just $538 in start-up capital and projects as mundane as harmonica tuners. The endeavor became Hewlett-Packard, and the garage, the “Birthplace of Silicon Valley.”  But the greatness of Bill Hewlett, ’34, Engr. ’39, and Dave Packard, ’34, Engr. ’39, wasn’t just their technical prowess; from the start, they grasped the importance of a culture of openness, collaboration and nurturing—the HP Way, which may well be their biggest gift to the Valley. 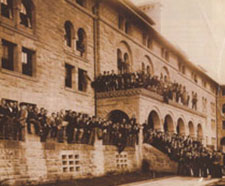 Architecturally, Encina Hall should have inspired nobility in the 400 young men who became its first residents in 1891. Modeled on an elegant Swiss resort, the building cost $477,000, four-fifths of the bill for the Inner Quad. But something didn’t quite take with the newcomers, many of them unrefined sons of the rural West. Within a month, Encina students had freed a freight car from a nearby rail spur, enraging Leland Stanford and setting a pattern that held for decades: Encina was anarchy. “[E]verything that could be abused was abused,” the university’s first registrar wrote. 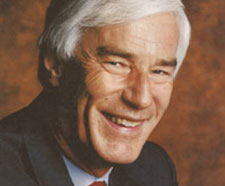 November/December 1999: What He Did

He overhauled the curriculum, calmed scandal, built up the campus and helped raise more than $2 billion. Gerhard Casper had a track record as Stanford’s ninth president that many people hoped would go on far longer than it did. But in 2000, Casper stepped down after eight years in the job: “If eight years is good enough for a U.S. president,” he quipped, “it’s good enough for me.” In the waning months of his administration, Stanford looked at the legacy of a man who presided over a “reign of calm” that was anything but dull. 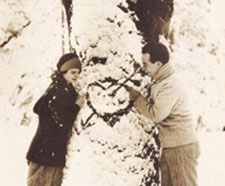 January/February 2000: Was It Murder?

In 1933, Allene Lamson, ’26, MA ’28, was bludgeoned to death in the bathroom of her campus home. Or did she slip and fall? Suspicion fell on her husband, David, ’25, an advertising manager at Stanford University Press, who had been found tending a bonfire in the backyard, where prosecutors later claimed to find the murder weapon. His trial—and his subsequent journey from Faculty Row to death row—gripped the nation and ignited a furious rally among Stanford community members convinced he had been railroaded. Were they trying to save a killer? 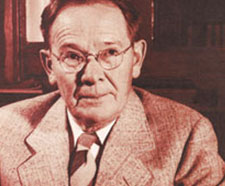 Lewis Terman was a legendary psychologist and one of Stanford’s first nationally prominent scholars. Obsessed with intelligence, he almost single-handedly introduced IQ testing in America. Critics decried the idea that a 50-minute test could separate winners from losers. But the tests gave educators the first simple, cheap and seemingly objective way to assign students by ability. And they helped change misconceptions of the intellectually elite as enfeebled eggheads. But Terman’s obsession with the intellectual elite did have an undeniably dark tinge—his support for sterilizing the supposedly inferior. 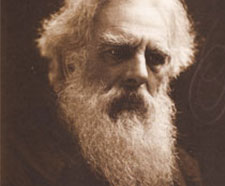 In 1872, Leland Stanford threw his resources into a perplexing question of his age—does a galloping horse lift all four feet off the ground at the same time? It was impossible for the naked eye to tell, and so he partnered with the brilliant, though mercurial photographer Eadweard Muybridge. It took $50,000 and five years, including delays for Muybridge’s trial for killing his wife’s suspected lover. (It was ruled justifiable homicide.) But Muybridge produced a stunning series of shots snapped in less than half-a-second that not only resolved the puzzle—they set the stage for the spectacular invention of motion pictures. 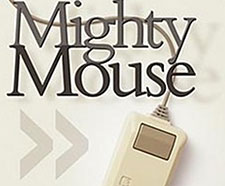 In 1980, Apple’s Steve Jobs gave a group of guys fresh from Stanford's product design program a seemingly impossible task: take the mouse—a finicky $400 device—and transform it into a reliable, durable, easy-to-use tool . . . for less than $35. So began the challenge to build a better mouse, a quest that sent designers searching for inspiration and parts in everything from Ban Roll-on balls to BMW stick shifts. The results transformed personal computing, ending the era of onerous keyboard commands and ushering in the future of point-and-click interfaces. 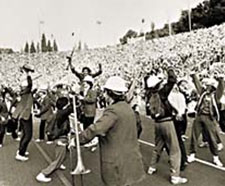 November/December 2002: And the Band Played On

The Play may be the most famous four seconds in college football history. And for Stanford fans, it was certainly the most painful—a miraculous series of laterals that gave Cal an impossible victory in the 1982 Big Game, and likely cost John Elway the Heisman and the Stanford team a bowl appearance. But decades later, the rancor about the Play has simmered down, even making unlikely friends out of two of its most famous participants—the Cal player who scored and the celebrating Stanford trombone player he leveled in the end zone. 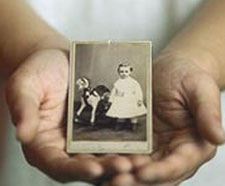 The Stanfords waited 18 years for their first and only child, a miracle boy who arrived when Jane Stanford was 40. Leland Junior’s birth, she said, was the only time she could remember her husband on his knees in prayer. Fifteen years later, their son’s death of typhoid fever shattered their hearts and spawned a university in his honor. But who was he? Recent revelations suggest a different Leland Stanford Jr. than many have imagined. 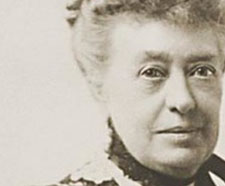 September/October 2003: Who Killed Jane Stanford?
She nurtured the university like a child, but Jane Stanford had at least one determined enemy. New investigations confirm the original findings of Hawaiian doctors in 1905—that she was killed by strychnine, the second time in a month someone slipped the poison in her drink. But the world never heard that finding. Instead, embattled Stanford President David Starr Jordan rushed to quash the news, retaining his own doctor, who declared Stanford’s death was due to heart failure. The doctor then promptly disappeared with his $7,000 payment. Someone got away with murder.

In the mid-1990s, Stanford began trying to establish when the university had admitted its first African-American student. Some thought it was as early as the 1920s; other claimed it didn’t happen until the 1950s. Nobody brought up 1891, not until a student researcher spotted Ernest Johnson in a football photo. Johnson had very nearly been a Cal student—Stanford didn’t respond to his application until Jane Stanford heard about the matter and intervened to bring him into the pioneer class. He graduated in 1895 and attended Stanford Law School. He died of tuberculosis in 1898 and was buried with his Stanford diploma. 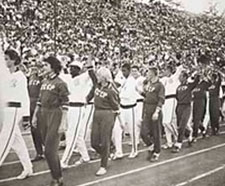 When legendary Stanford track coach Payton Jordan was a collegiate sprinter, he received a surprise letter from a young Russian asking for training help. A quarter of a century later, the ensuing friendship led Stanford to host the most unlikely of track meets: the U.S. versus the Soviet Union just weeks after the Cuban Missile Crisis had brought the nations to the brink of nuclear annihilation. The Americans won the men’s side, the Soviets the women’s, but the biggest winner may have been diplomacy. The sight of supposed enemies parading arm-in-arm so soon after near disaster brought some to tears. Some 153,000 people watched in person, many more on ABC’s Wide World of Sports. 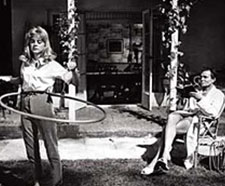 Did Vladimir Nabokov’s sojourn on the Farm inspire his most notorious novel? In 1941, the writer, then a virtual unknown, came to Stanford for a teaching appointment made possible by the largesse of Henry Lanz, head of the Slavic language department.  Nabokov may have repaid the kindness by bestowing literary immortality on his benefactor, albeit of an unflattering sort. Humbert Humbert, the chess-playing sexual predator who narrates Lolita, shares distinct similarities with Lanz, who admitted his own questionable attractions to Nabokov over hundred of games of chess. 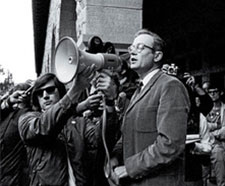 January/February 2009: 'At the Hands of the Radicals'

Richard Lyman arrived at sleepy Stanford in 1958 as an untenured associate professor of history. Twelve years later he was president of a university transformed, replacing a man who lasted just 19 months in the caustic campus cauldron of late-Sixties radicalism. Lyman suffered even worse antagonisms—his home was attacked, his office was bombed—but he wasn’t one to back down. Four decades later, Lyman recalled the battles and the lasting effects, good and bad, on Stanford’s administration, education and culture from the most disruptive time in its history. 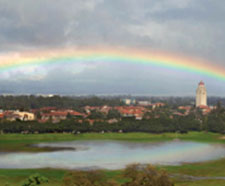 Created as a reservoir to irrigate the orchards and alfalfa fields of the Palo Alto Stock Farm, Lake Lagunita was a part of the Stanford landscape even before the university was founded. From the Pioneer Class to the present day, Lake Lag has remained a focal point of student life—even if it’s not much of a lake anymore. In its heyday, the lake hosted cherished campus traditions such as the Water Carnival and Big Game bonfire. Now dry most of the time, and never full, its shores continue to provide a venue for recreation, relaxation and reflection. A look at memories made by the lake. 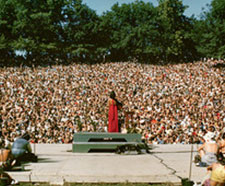 Tucked halfway between the Main Quad and Stanford Stadium, Frost Amphitheatre is mostly quiet now—appropriate, perhaps, for a memorial built to honor a student who died soon after graduation in 1935. But for a period starting in the late ’60s, Frost was the raucous home of guitar gods, legends in the making and, quite often, the Grateful Dead. Not that the university’s administration always approved: They twice banned further concerts after fights and security problems. Its moment in the rock ’n’ roll sun started to wane in the late ’70s, though the Dead kept on coming through 1987. 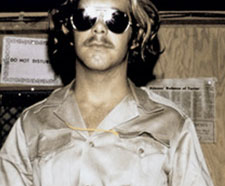 July/August 2011: The Menace Within

Four decades after it took place, the Stanford Prison Experiment remains one of the most notable—and notorious—psychology projects in American academic history. The name has become shorthand for the corrupting influence of unchecked power. But how do the participants remember the six days in jail below Jordan Hall? “When the Abu Ghraib scandal broke, my first reaction was, this is so familiar to me,” recalled one guard. 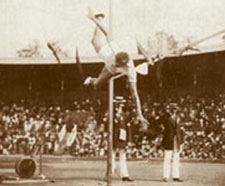 July/August 2012: Rising to the Challenge

In 1912 a Stanford junior named George Horine won a bronze medal in the high jump at the Olympic Games in Stockholm. Stanford would go on to be represented on the medal stand in every Summer Olympiad for the next hundred years. Ahead of the 2012 London Games, Stanford looked back at a century of Olympic glory from Horine’s jump to the deluge of success at the 2008 Beijing Games, where 23 Stanford-affiliated athletes took home eight golds, 12 silvers and four bronzes. 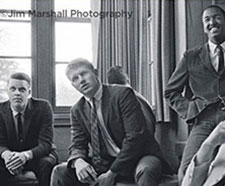 March/April 2014: What They Stood For

Nearly 50 years ago, the Stanford chapter of Sigma Chi defied the fraternity’s national office and pledged Ken Washington, an African-American freshman. It wasn’t done to start a fight, it was done out of conviction: We will choose whom we want. The fraternity brothers’ stubborn stand against race-based membership rules became a skirmish on the national stage. For a moment, a frat house on the Farm became a flash point in the civil rights movement. For Washington, the sting lingers: “No sane person enjoys being rejected for reasons that have nothing to do with your achievements and capabilities in life.”