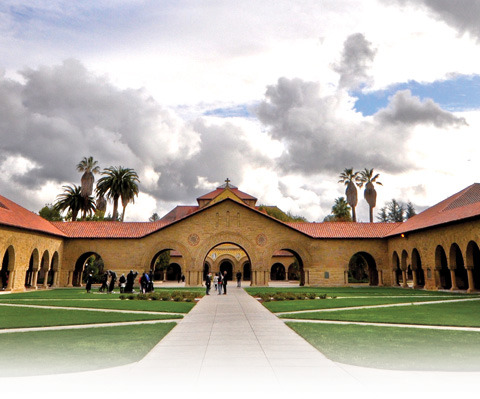 In 2007, conversations had begun among senior Stanford administrators about increasing undergraduate student enrollment. A few months later, the cratering housing market plunged the banking industry into crisis, battered stocks and set in motion the Great Recession. Discussions about increasing enrollment were put on hold.

Last spring, President John Hennessy officially resurrected the idea at his annual Academic Council address to the Stanford community. Stanford interviewed Hennessy about when and how such an expansion would take place. This is an edited transcript.

What was the impetus for contemplating increasing the undergraduate population?

The impetus was two-fold. One was looking at some of the demographics of the University and seeing the changes that had occurred—rapid growth in the graduate population and essentially zero growth in the undergraduate population. [Undergraduates number roughly 7,000. Graduate students and postdocs number roughly 11,000.] The other key thing was the dramatic rise in the number of applications. The rise occurred in such a way that the quality of the applicant pool was just as good, so you were choosing a progressively smaller percentage of students from a pool that looked as good as it was when it was half the size. That convinced me that there was plenty of demand and plenty of depth in the admissions pool to admit more students without affecting the quality of students at all.

Each year, Stanford must turn away thousands of qualified applicants. Do you feel any moral responsibility to increase access for deserving students?

We admit one out of every 17 students who apply. For every student who gets in, we turn down two or three who are just as good. Just as good. And for alumni children, even though the admissions rate for them is two or three times higher than the general population, it's still very tough to get in. The competition is just brutal.

The elite private universities are essentially the same size they were 40 years ago. Meanwhile, the demand among highly prepared students has grown quickly. Public institutions have taken up most of the slack but that was in a time when the publics were healthier than they are today. A handful of private schools are not going to solve the problem, but don't we have some moral responsibility to step up and educate a greater fraction of these highly talented students?

What is the plan? What happens next?

We're going to have a Faculty Senate discussion this fall. When we first contemplated this back in 2007, we had a notion that we would set a target [for total number of undergraduates]. A lot of the concern was around that target and how expansion might affect the quality of the undergraduate experience. I think there's now an appreciation of that concern. To address that, we will proceed rather slowly and incrementally with a small growth every year rather than setting an arbitrary target. That's what we would have had to do anyway because the key limit is the residential capacity. By saying we aren't going to set an a priori target we can deal with the more qualitative questions—when does the class get so big that it changes in feel.

Does the plan include recruiting more students in underrepresented majors, particularly in the humanities?

We have the smallest number of humanities majors we've ever had—we could accommodate a lot more students in the humanities. The difficulty with that is that we don't lock students into majors, and it's very difficult to predict what major somebody will end up in. We are trying to recruit more applicants in humanities. But that's sort of in parallel—that's a good thing to do even if we weren't going to expand the undergraduate class.

What factors do you consider when calculating how large enrollment can be without harming the undergraduate experience? How do you know when you've reached that level?

We'd be looking at a variety of things. How are we doing in supporting demand for freshman-sophomore seminars, for research opportunities, for study abroad opportunities? Can we still meet and support the reasonable demand, maybe not students' first choice every time but their second or third choice for sure. Related student services—advising is probably the biggest of those—we have to keep our eye on those. And can we meet the demand for core academic programs so students continue to have a great experience?

You've said that a major goal of this initiative would be to bring undergraduate and graduate enrollments into balance. Why is it important to do that?

Growth at Stanford is highly distributed; that's the nature of how the institution works. There's a lot of self-governance on the part of the schools, and we don't control growth of the graduate populations or for that matter of other research positions—staff, post-docs and so on. It would be a mistake to control it. Not controlling such growth, which is often generated by new opportunities, is a key part of the entrepreneurial way we operate. Distributed control has tremendous value in terms of letting people put bold ideas forward. The result is that the graduate population has grown without any central control. While that growth might slow down, we don't have any evidence it's going to stop. So if we want to ever get close to balance we have to begin acting now. Otherwise, in the next 20 years, we will eliminate the possibility of growing the undergraduate population. The graduate population will be of sufficient size and scale that it will be virtually impossible to contemplate adding more students.

Is there a target for year-by-year growth?

Something on the order of 100 students, plus or minus, is what we have been thinking. It will vary depending on how residences become available—that's the key driver. You could think about an upper bound on total size of the undergraduate class, but it's likely to take a long time to reach it if we're doing 100 a year.

Is space the limiting factor on overall growth?

How do you manage faculty hiring and building more dorms? Will those move at a similar pace?

The hiring cycle for faculty is sufficiently long that we can study where there is excess demand beyond what the current faculty can accommodate and try to allocate positions in those areas. So housing and faculty are coupled, but they run on different time scales. If you assume that our largest majors have roughly 10 percent of the students, and you assume that we're adding 100 students a year, it means even the largest majors are only getting 10 extra students a year, which seems like a number we could handle.

How will adding more dorms impact the density of campus buildings?

The dorms can be accommodated. We have space out on the west side toward Lake Lag and Governor's Corner that is unused. We have some space by the Row. Where it makes architectural sense, we'll probably go from two or three stories to four but not much more outside of Escondido Village.

We're also going to have to build more faculty housing. The cost of housing has again become prohibitive for faculty. One of the best things we did to preserve the feel of the campus was to decide not to build any more parking garages within the Campus Drive loop. Such facilities mar the open vistas and feel of our campus. If you look at the garage under Wilbur Field, it's working well and has preserved the open space there. You could take the rest of the Wilbur parking lot and do the same thing to get more space.

We want to preserve a sense of place. The fact that you can walk 50 yards from almost any spot on campus and see Hoover Tower, see the Foothills and have some green space within a five-minute walk, people really value that.

What are the implications for overseas studies?

We've looked at where we have capacity and how we could use that, as well as at programs that might add new opportunities above and beyond the existing programs; these include both an expansion of the number of quarters for existing programs and the possibility of additional centers. Expansion to summer is another possibility. We're looking at doing that in our program in Chile, for example. It's harder to do in Europe but easier in other places.

Will MOOCs play a role in the expansion?

There's a bigger question about online education, of which MOOCs are a small piece. MOOCs will be important for self-motivated learners and people who can't get access to a high quality education. We don't view them as a substitute in any way for what we can offer undergraduates. But, MOOCs are something that Stanford can offer to improve the quality of education available worldwide.

A separate question is whether technology has a role to play in improving the quality of the educational experience right here on campus or at our overseas campuses. A lot of our current focus is on how we make some of our classes, particularly large lecture classes, much better learning environments. How do we use technology to improve our pedagogy? We are very committed to that goal. And we would do that independent of whether we kept class size the same or expanded it.