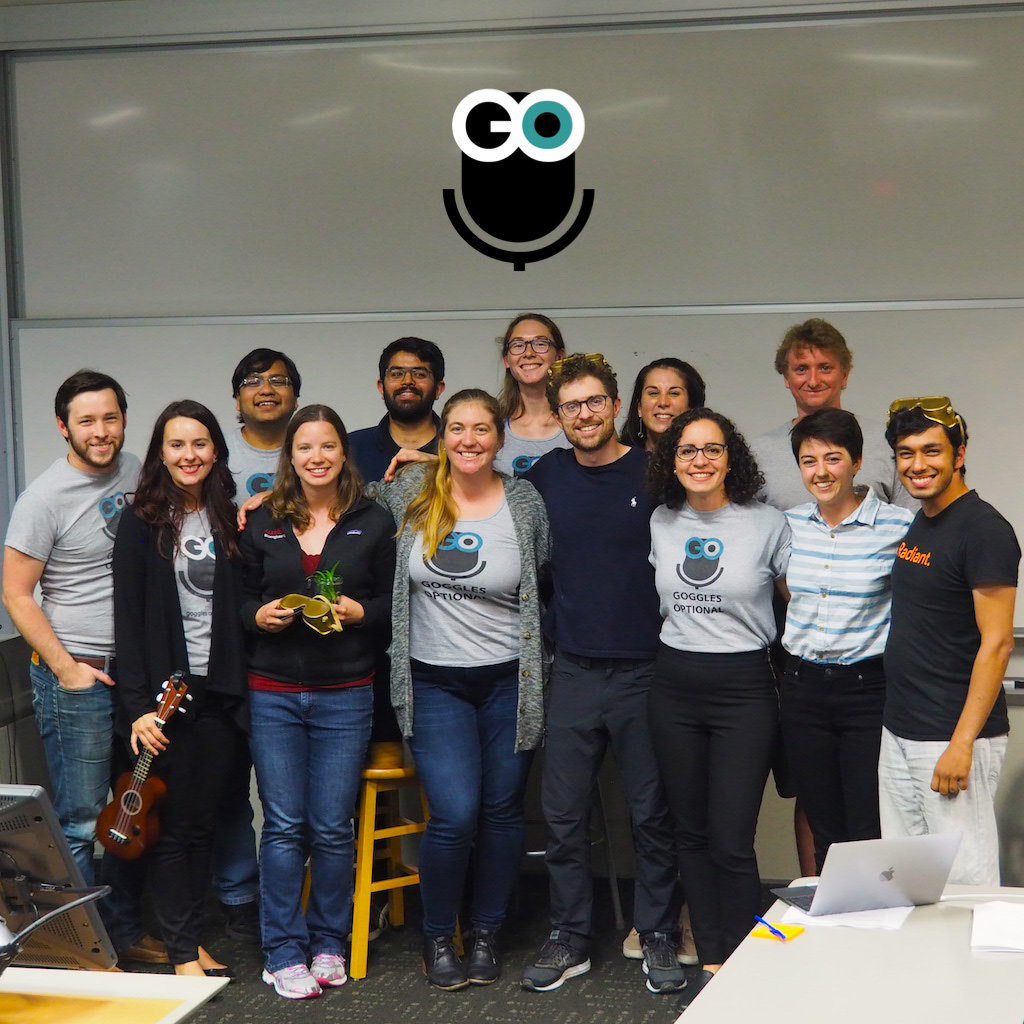 A lively group of graduate students and postdoctoral researchers is on a mission to show the public why science is cool, one podcast episode at a time. Their weekly audio show, Goggles Optional, offers a professional yet humorous take on the latest happenings in science.

Now in its fifth year, the podcast has explored such topics as how neurons work, what happens when stars collide, how ancient DNA offers clues about the domestication of dogs, and the effects of stress and trauma on memory. There are guest speakers, game-show shenanigans (e.g., “beer goggles”—science talk while drinking suds) and educational songs, including “Game of Thrones Physics.”

“We’re trying to help the general public understand cutting-edge research, but it is also helping us learn how to communicate science in a way that’s accessible to the general audience,” says host and producer Nora Brackbill, a PhD candidate in physics.

Academic Who Tackled Controversy with Humor