Its students have boycotted dorm food, questioned sororities and shaped ethnic theme houses. Here’s to a second century of living, learning and laughter within these ivy-covered walls. 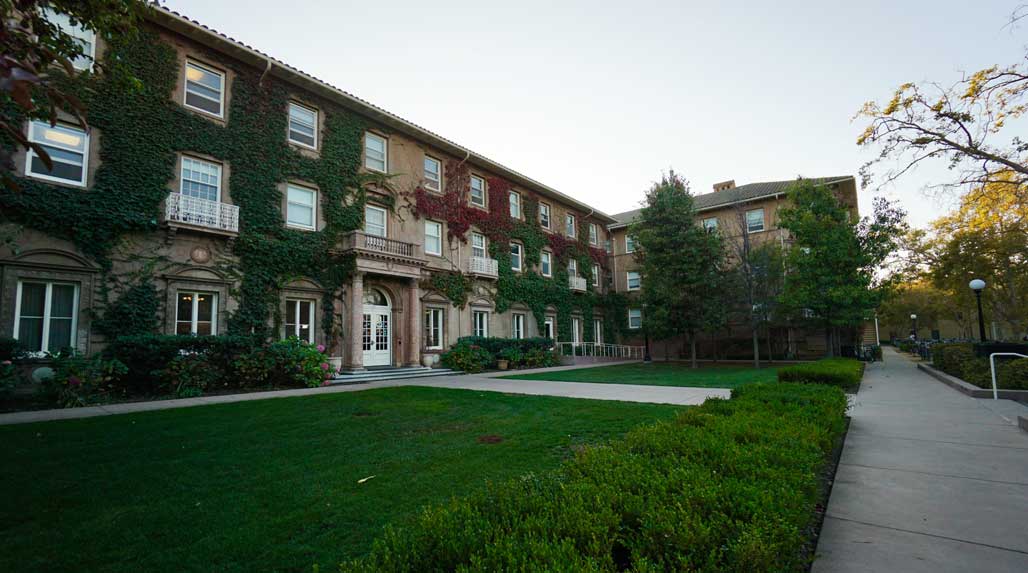 Stanford’s oldest continuously operating student residence, Roble Hall, turned 100 this fall. The iconic, ivy-covered building remains the university’s largest four-class dorm, housing some 308 undergraduates. But it has changed in ways its original, all-female residents could have scarcely imagined: housing men and women in adjacent rooms, for instance, or converting a former parlor room into a “makerspace” for sustainability and art. Some moments and milestones in Roble’s history:

1891
The first Roble Hall opens on Serra Street. Male students are housed in Encina Hall, on the east side of campus. 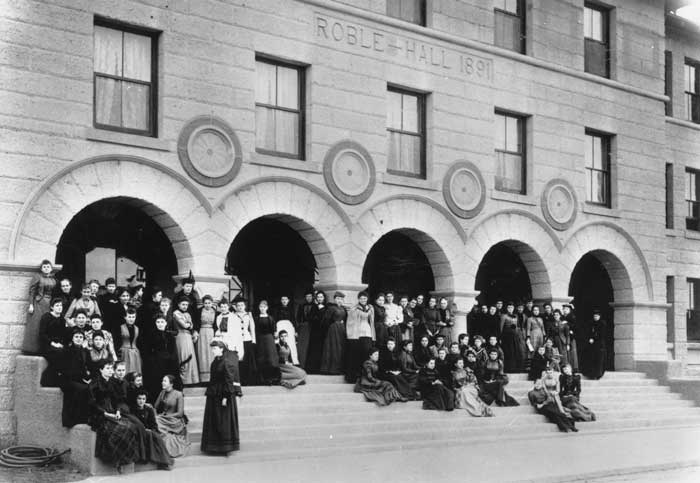 1898
Roble women initiate the first Big Game bonfire at Lake Lagunita. It becomes a yearly student tradition for the next 99 years. 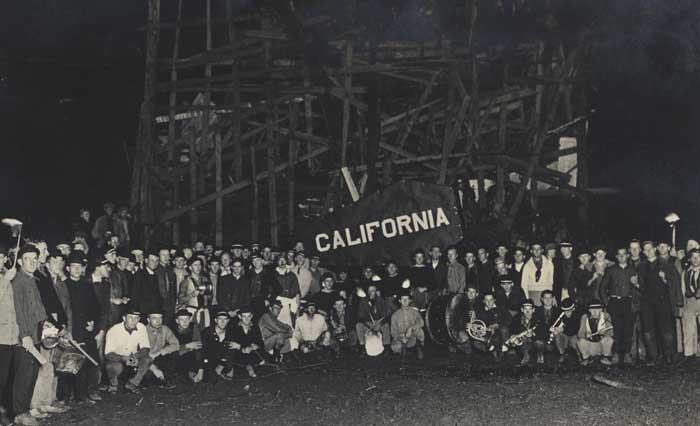 1903
Residents adopt the constitution of the “Roble Club,” a democratic institution to help oversee dorm life and acclimate incoming students. The club features elected officials and “dues of one dollar each semester.” 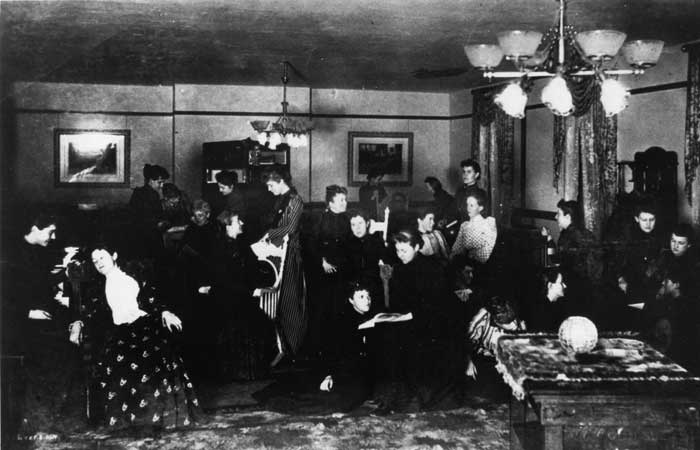 1918
The new Roble Hall, aka “La Grande Dame,” opens its doors to residents. (The original Roble is renamed Sequoia Hall and later demolished.) With space allocated to parlors and special-interest rooms such as a library, a music room and a sewing room, Roble emphasizes communal living behind its Beaux-Arts facade. 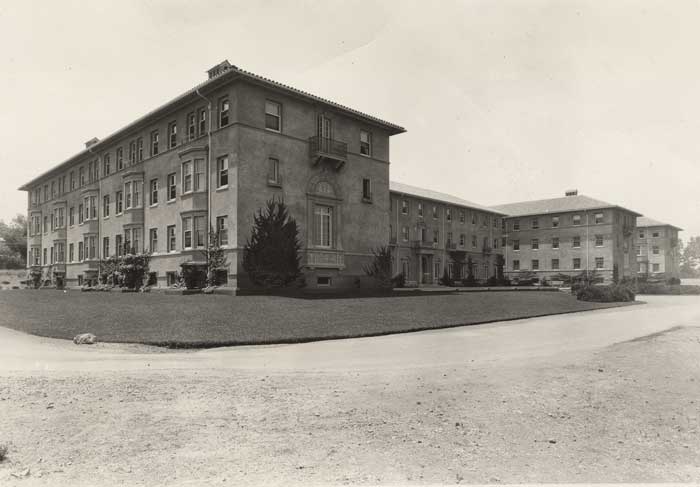 1937
One hall of Roble women challenges the selectivity and exclusivity of Greek life by planning to refuse all sorority bids. “They realized for the first time how the system broke up friendships and caused disappointment and even ill health among the women,” wrote the Stanford Daily. 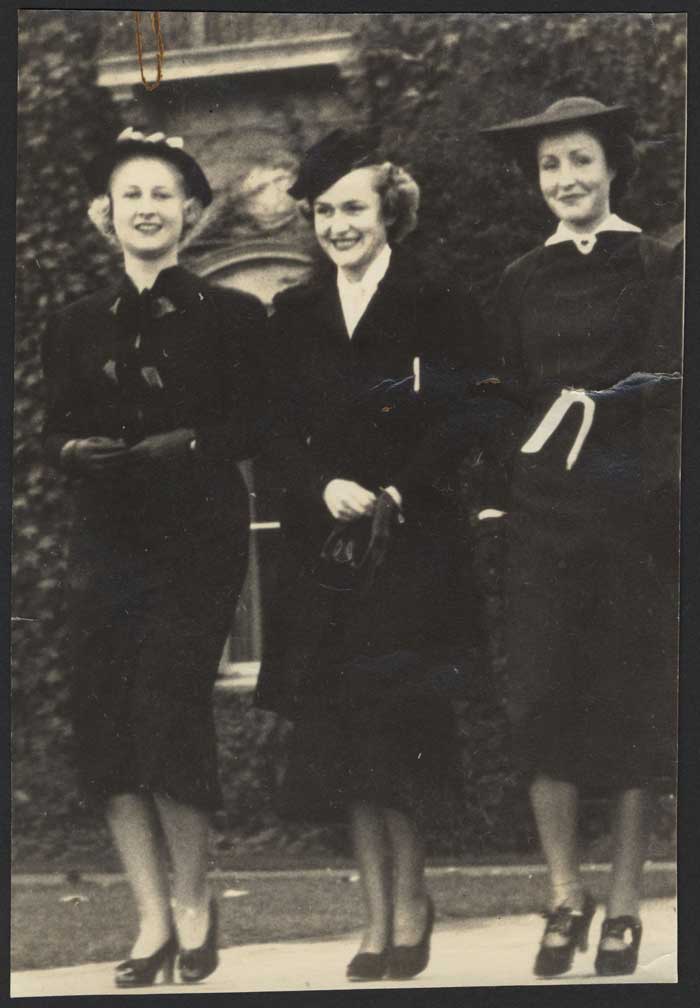 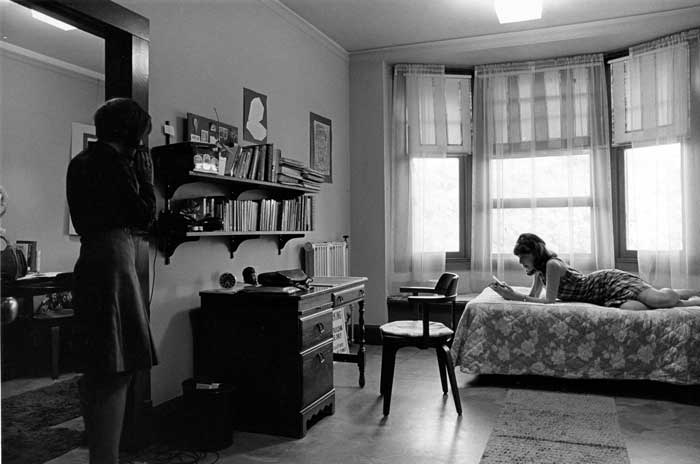 19??
Roble’s “Bible Suite,” a three-room quad in 3 Center, houses roommates named Matthew, Mark, Luke and John. Or maybe they were named John, James, Jacob and Joshua. Or maybe the suite’s three rooms were dubbed “Matthew,” “Mark” and “Luke” and the adjacent facilities were referred to as “john.” Anyway, the story’s too good not to be told. 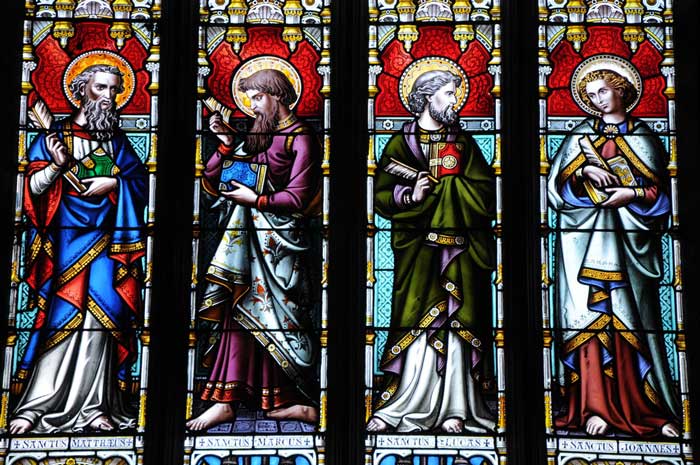 1970s
Roble Hall houses early versions of Stanford’s ethnic theme houses. The Chicano theme house, now located in Stern and called Casa Zapata, begins in Roble in 1970. The following year, black students are allocated up to 30 percent of Roble’s spots as the black theme house moves from its previous location in Wilbur Hall. Today, it is named Ujamaa and is located in Lagunita Court. And beginning in 1976, Roble houses one of several early iterations of a Native American theme dorm in its basement. Twelve years later, Muwekma-Tah-Ruk (“house of the people”) is established on the Row. 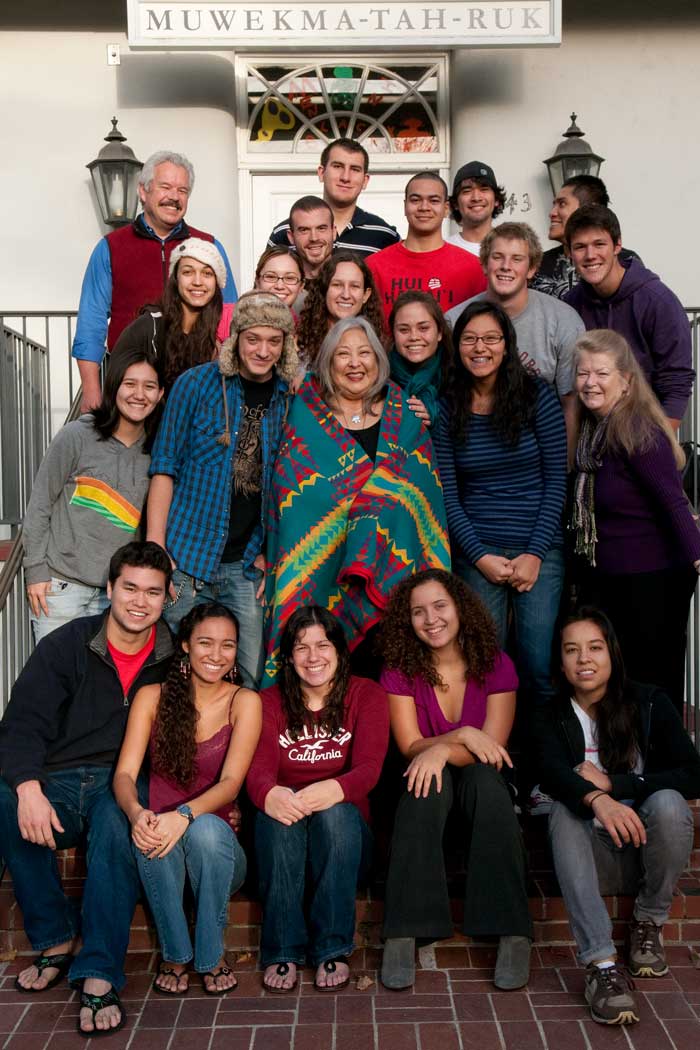 1987
A Cal Poly student participating in a seismic study of Roble finds an archival photo of the dorm under construction that confirms engineers’ worst fears: The walls are made of hollow clay tile, not reinforced concrete. Stanford evacuates 294 Roble students midyear so the dorm can undergo seismic retrofitting. Students promptly dub their former residence “Rubble Hall.” 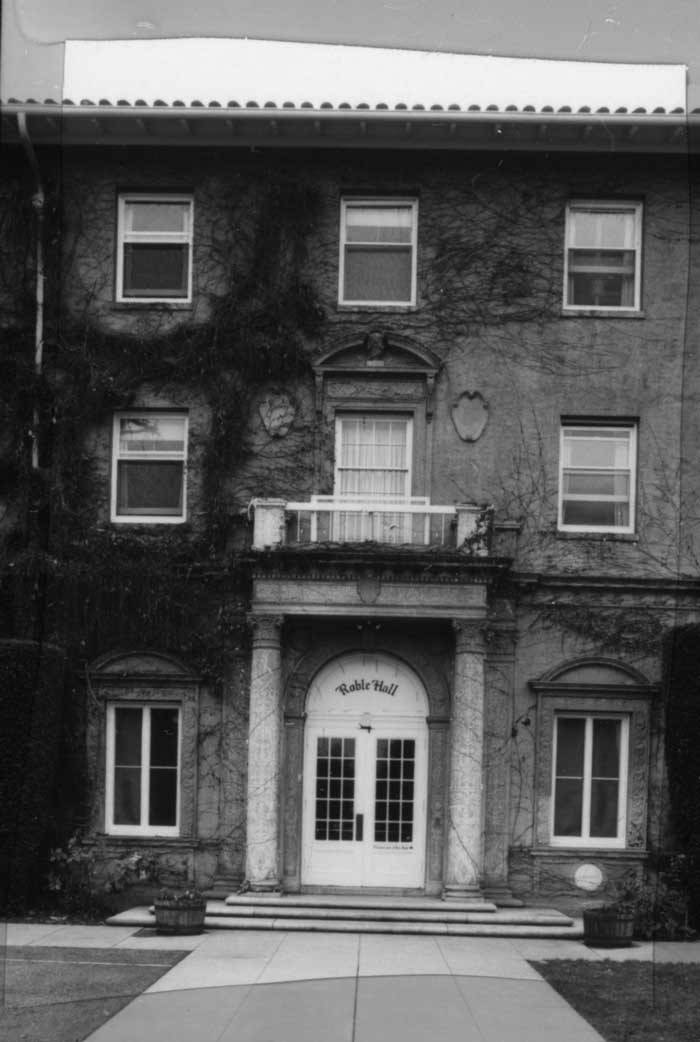 1989
The dorm reopens to residents. Less than a month later, the Loma Prieta earthquake hits campus; Roble is unharmed. “Had we not done the retrofit, chances are that the walls would have collapsed,” former associate dean of student affairs Norm Robinson said at an October panel commemorating Roble’s centennial. “The floor would have pancaked and who knows how much loss of life there [would have been].” 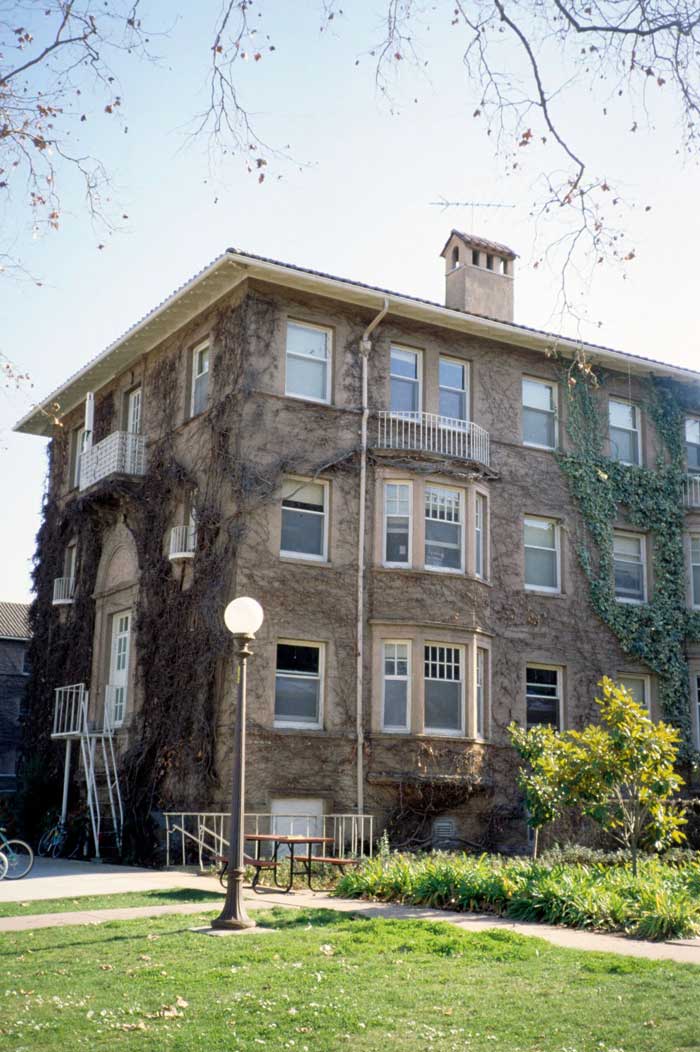 1994
Two-thirds of Robleites stage a walk-out by eating lunch and dinner elsewhere, reducing the usual number of diners from 225 to 70. In addition to “generally bad-tasting food,” the students included “low-quality meat, overcooked pasta and vegetables, a shortage of staples like bread and rice, and a meager supply of salad bar and yogurt selections” in their list of grievances. 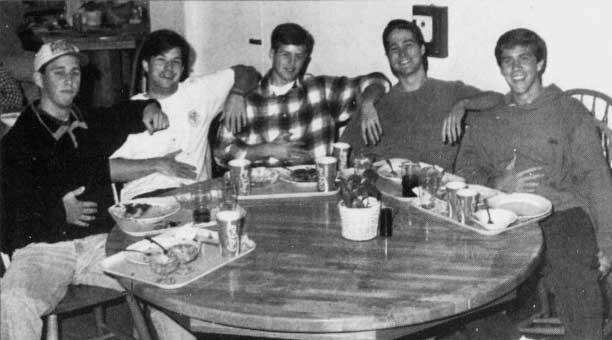 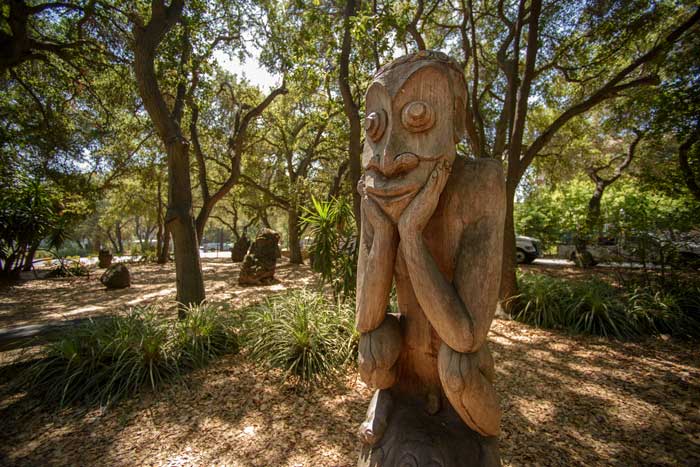 2016
Freshman Vivienne Le, ’19, pays tribute to Roble’s legacy with a mural on one of its parlor-room walls. Painted in the style of a retro postcard, the mural depicts life at Stanford and in Roble over the preceding 125 years. In one image, early Stanford women row on Lake Lagunita, commemorating Robleites of the past. 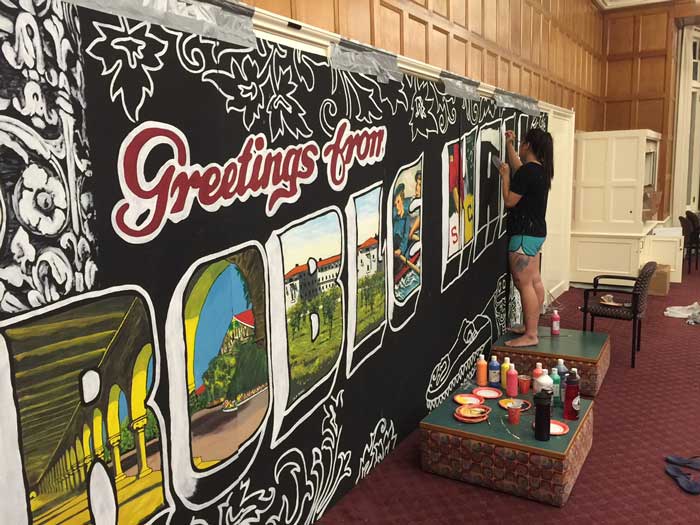 2016
The Roble Living Laboratory for Sustainability at Stanford begins. The initiative—which includes everything from shorter-shower contests to a grad-student lecture series to an organic teaching garden—aims to enable residents to grapple with what it means to live in a sustainable way, and the trade-offs that accompany environmentally sensitive decisions. A long-term goal: a cost-effective retrofit demonstrating that Stanford’s oldest dorm can be made environmentally efficient—with, in the best Roble tradition, student input. 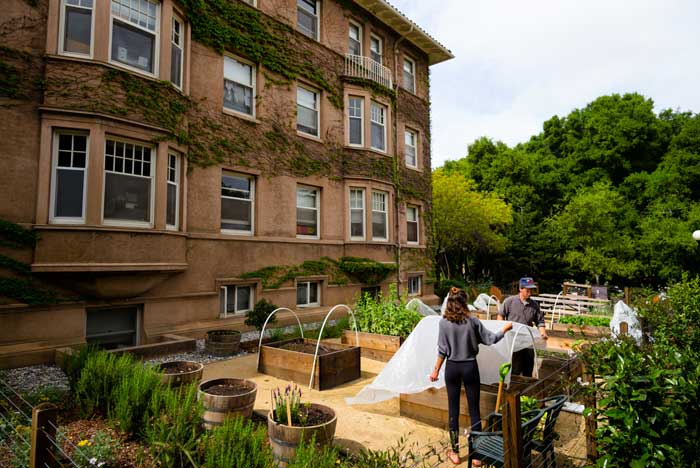 Eliane Mitchell, ’19, is an editorial intern at Stanford.

Kingscote Gardens Apartments has a few secrets in its colorful history.