As a 9-year-old, Ifeanyi Onyeji liked to wear his shirts tucked in and buttoned up to the neck. “He thought, ‘This is how doctors dress,’ ” says his mother, Ijeoma Okonkwo Ajie. Growing up in Lagos, Nigeria, Onyeji admired local physicians and set his sights on becoming one of them. 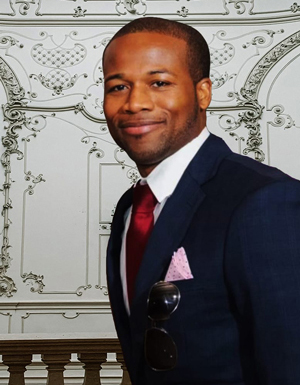 Thirteen years later, he donned a white coat at Columbia University’s medical school. A UC Davis urologic surgery resident passionate about mentorship and men’s health, Ifeanyi Onyeji, ’12, died on May 8 of hypertrophic cardiomyopathy. He was 31.

When Onyeji was 11, he and his brother moved to the United States to live with their aunt, who arose many mornings to find Onyeji still studying from the night before. By the time he graduated from Stanford, his strong academic record had resulted in Onyeji being accepted to multiple medical schools. “The first time I spoke with Ifeanyi, I was trying to convince him to come to Columbia’s medical school,” says Hilda Hutcherson, ’76, senior associate dean in the Office of Diversity and Multicultural Affairs at the Columbia Vagelos College of Physicians and Surgeons. “After he joined our community, I realized that what he offered to us was so much more than what we provided to him.”

Beginning in his first year of medical school, Onyeji led the Young Doctors Initiative, where he coordinated with struggling public schools in New York City, organized science fairs, and visited classrooms to inspire students the way doctors in his hometown had inspired him. Onyeji also volunteered on panels and in mentorship programs to support high school and college students. His commitment to helping the next generation of doctors later earned him the Student National Medical Association Pipeline Mentoring Institute Grant.

Despite his full schedule, Onyeji’s “whole persona was a bright smile,” says Onika Noel, a fellow urology resident. Often, his laughter announced his presence, says Hutcherson. “I would be in my office with the door closed, and I would hear his laugh,” she says. “And then I’d open the door and [see] the big, big smile on his face. Always.”

With a dean’s award from medical school and an additional year of research in andrology, Onyeji matched into the urology program at UC Davis, poised to join the 2.4 percent of urologists who are Black.

“I always thought that he was going to go off and do his residency and become this phenomenal physician and educator, and continue to give back to young people from marginalized communities,” says Hutcherson. His legacy of service will continue, through both a scholarship established by the UC Davis department of urologic surgery and the Ifeanyi Onyeji Medical Student Travel Award, from the nonprofit organization Urology Unbound.

In addition to his mother, he is survived by his siblings, Chukwuka, Chinedu, Amarachi Ajie, and Chiugo Ajie.

The Life of His Dreams