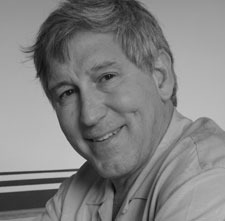 Stephen Zamora, the second of seven children, descended from Basque ancestors and grew up in a Spanish-speaking household in Los Angeles. He enjoyed a distinguished career at the U. of Houston Law Center, where he directed the Center for U.S. and Mexican Law and was named the university’s first Hispanic dean. In 2006, he received the Order of the Aztec Eagle, the highest distinction awarded by the Mexican government to a foreign national, for his work promoting U.S.-Mexican understanding.

After graduating from Stanford, Zamora joined the Peace Corps and spent two years in Colombia. In 1972, he earned a law degree from UC-Berkeley and completed a postgraduate fellowship at the University Consortium for World Order Studies in Geneva. Zamora practiced international law in Washington, D.C., with Cleary, Gottlieb, Steen & Hamilton before joining the World Bank. He became a member of the faculty at the U. of Houston Law Center in 1978, serving as dean from 1995 to 2000.

In addition to his responsibilities at the U. of Houston, Zamora held posts as a senior Fulbright lecturer in Mexico and a visiting professor at both Yale and Fordham U. law schools. An expert on the legal aspects of U.S-Mexico relations and the North American Free Trade Agreement, he was invited to become a member of the American Law Institute, the American Society of International Law and the American Society of Comparative Law. He was the lead author of Mexican Law, as well as a plethora of book chapters and articles on NAFTA and other international economic law topics. After retiring from the U. of Houston in 2014, Zamora continued to pursue his scholarly interests while spending more time in Mexico, where he loved being with family, playing on the beach and savoring fine tequila.

Camille Zamora, a renowned opera singer and co-founding director of Sing for Hope, a nonprofit that mobilizes professional artists to participate in volunteer service programs, recalls, “My father’s parents didn’t go to college, and he applied to Stanford at the suggestion of his high school football coach. There, he found not only my mother but also an interest in connecting both to community and to social justice. He was that lucky person who found a passion that became his career.”

In addition to his wife of nearly 50 years, Lois (Parkinson, ’66), and daughter, Zamora is survived by a son, Peter; two grandsons; and six siblings.

Champion of the Arts