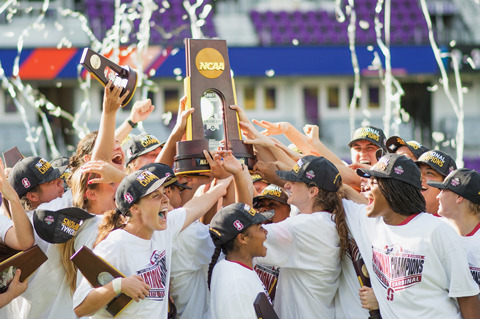 After the Stanford men’s and women’s soccer teams both won national titles within days of each other in December, we did a little math.

1: Stanford is the only school in NCAA history to sweep the men’s and women’s Division I soccer championships in the same season.

12: The men’s 1–0 victory in double overtime was their 12th consecutive postseason shutout, a streak that started in 2015 and spans more than 1,214 minutes.

23: After giving up a two-goal lead, the Stanford women appeared to be wobbling. Then Jaye Boissiere, ’18, curled in a shot from 23 yards out to cement the victory—and her own remarkable comeback. Recurrent injuries had sidelined Boissiere for 2 1/2 seasons. Their cause was a mystery until a diagnosis of a small intestine problem allowed her to return to health.

39: The temperature at kickoff for the men’s final in Chester, Pa., was 39 degrees, and snow was visible on the sidelines. That didn’t stop half the team members from ripping off their shirts in celebration of senior Sam Werner’s sudden-death goal.

91: The Cardinal women won with overwhelming firepower, scoring 91 goals in 2017. That’s 50 percent more than any other team, and 10 times the number of goals they allowed.

114: The women’s victory provided Stanford with its 114th NCAA title, the most of any school, eclipsing UCLA, which had held the previous record of 113. Not to be outdone, UCLA earned its 114th championship later the same day, in water polo. 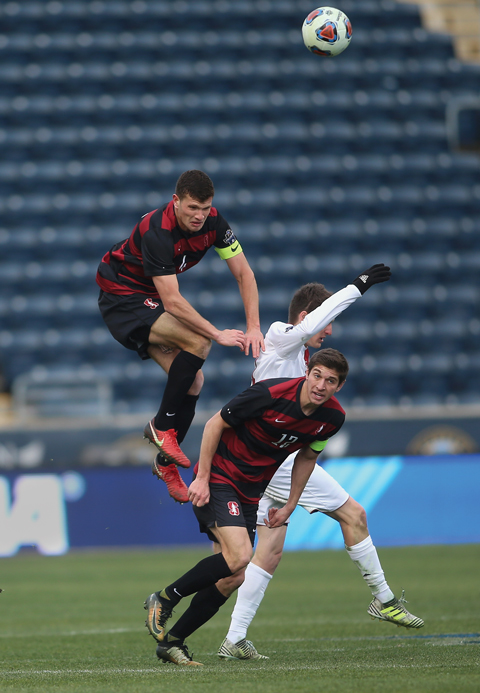