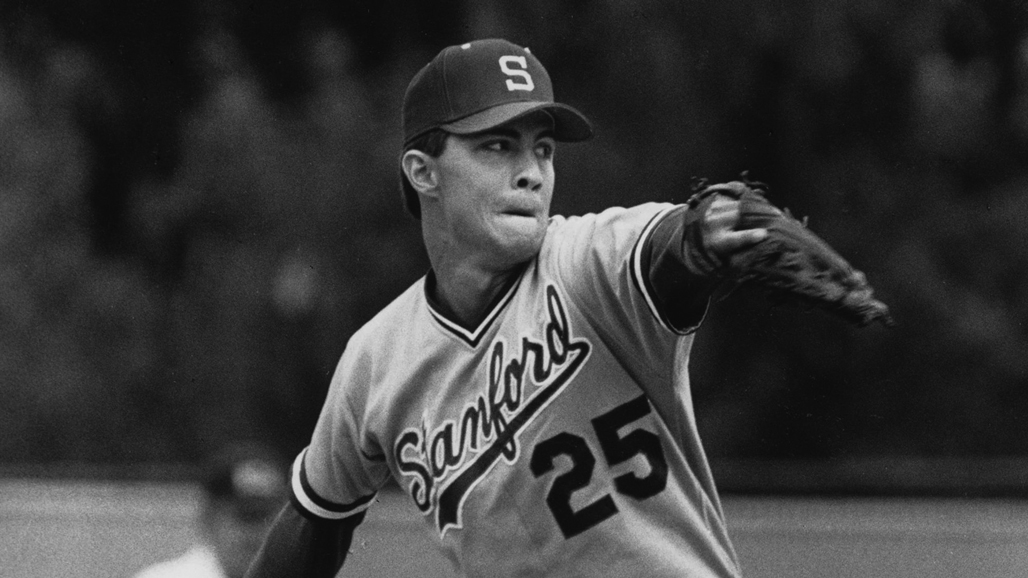 Ask any baseball superfan, and they might say Mike “Moose” Mussina’s career was filled with “almosts.” An almost perfect game for the Yankees in 2001, stopped short by a clean left field hit by Boston Red Sox outfielder Carl Everett in the ninth inning. An almost World Series win in 2003, if only the Yankees hadn’t lost Game 6. An almost 300 career win total, just shy of entry into the league’s famed 300 victories club. But in July, the former right-handed Orioles and Yankees pitcher will make history as the first Cardinal to be inducted into the Baseball Hall of Fame—no almost about it. Mussina, ’91, will be immortalized in Cooperstown, N.Y., for the consistently dominant pitching that marked his 18-year career. He qualified for the Hall of Fame his sixth year on the ballot with a 76.7 percent vote from the Baseball Writers’ Association. “I was steadily improving,” Mussina told MLB Network, “and there was a pretty big jump from last year to this year. It’s surprising, somewhat.”