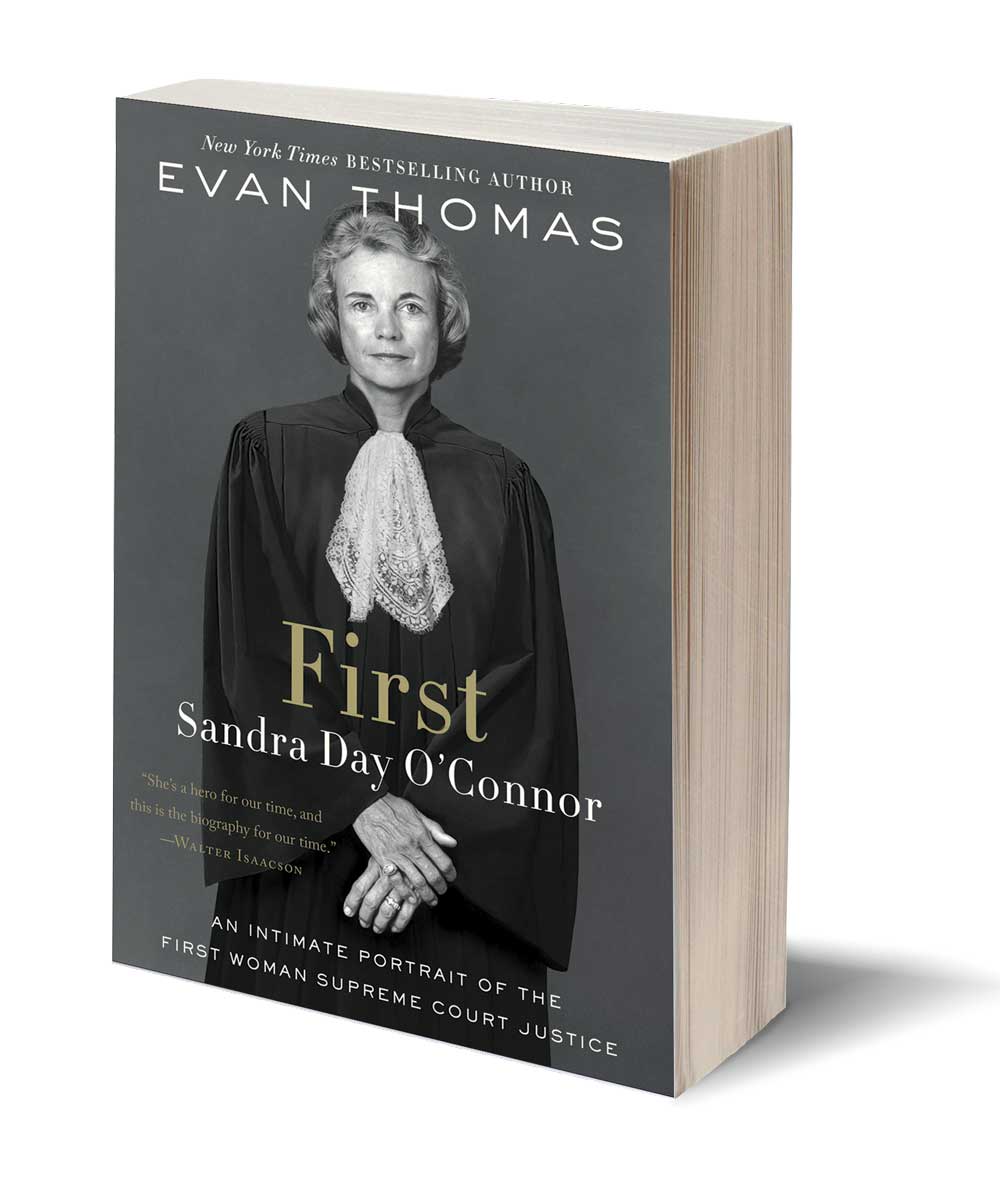 First: Sandra Day O’Connor, an Intimate Portrait of the First Woman Supreme Court Justice, Evan Thomas; Random House. When Sandra Day O’Connor took her seat as a new Supreme Court justice in 1981, she let 40 minutes of oral argument elapse before asking a single question, aware that every move by the court’s first woman would make history. But as she began to speak, the lawyer at the lectern bulldozed ahead and drowned her out. Recalling the moment in her journal, she wrote, “He is loud and harsh and says he wants to finish what he is saying. I feel ‘put down.’ ”

In First, Evan Thomas reveals what O’Connor, ’50, LLB ’52, was thinking along the path to becoming the most powerful woman in America. It’s the closest we’ll ever get to an O’Connor autobiography. She granted him access to her personal papers as well as to a diary and private memoir by her husband, John.

In her files was a note she wrote to herself: ‘Don’t let fate take over. You can influence your destiny.’

The self-described Arizona cowgirl was transformed by Stanford. “I think it is the Utopia that the philosophers we studied about in history dreamed of,” she wrote to her parents as a freshman. Three years later she was in Stanford Law School, where three of her classmates proposed marriage. William Rehnquist, ’48, MA ’48, LLB ’52, popped the question by mail after taking a position as a Supreme Court clerk. “I know I can never be happy without you,” he told her. “To be specific, Sandy, will you marry me this summer?” But Sandra Day said yes to her law review partner, John O’Connor, ’51, LLB ’53. Preparing for their wedding at her family’s Lazy B Ranch, she wrote to him, “Only 46 more days—til you’re do-o-o-o-omed. What fun.”

O’Connor felt anxious as she took each step closer to the Supreme Court, from first woman majority leader in the Arizona State Senate to state court judgeships (“I was scared to death. All of a sudden, I was it”). But she was notoriously self-reliant. In her files was a note she wrote to herself: “Don’t let fate take over. You can influence your destiny.”

After her nomination by President Ronald Reagan and a unanimous Senate confirmation, O’Connor at first felt overwhelmed by the stacks of cases. But by the end of her first term, John wrote in his diary, she “never once suggested or implied that the job was, even for a moment, beyond her.” She became the court’s centrist dealmaker, limiting but upholding abortion rights and affirmative action.

By 2004, she decided that her duty to care for John, who had developed Alzheimer’s disease, required her to retire. Rehnquist, who was coping with thyroid cancer, told her he intended to remain. So she decided to leave first. A few months after she announced her retirement, Rehnquist was dead, and she wondered if he had been honest about his health. She complained to friends that her successor, Samuel Alito, was a rigid conservative who would undermine her compromise rulings.

Last fall, at age 88, O’Connor announced her withdrawal from public life, coping with what she said was probably Alzheimer’s. Thomas draws on her extensive private papers to tell the life story she no longer could. 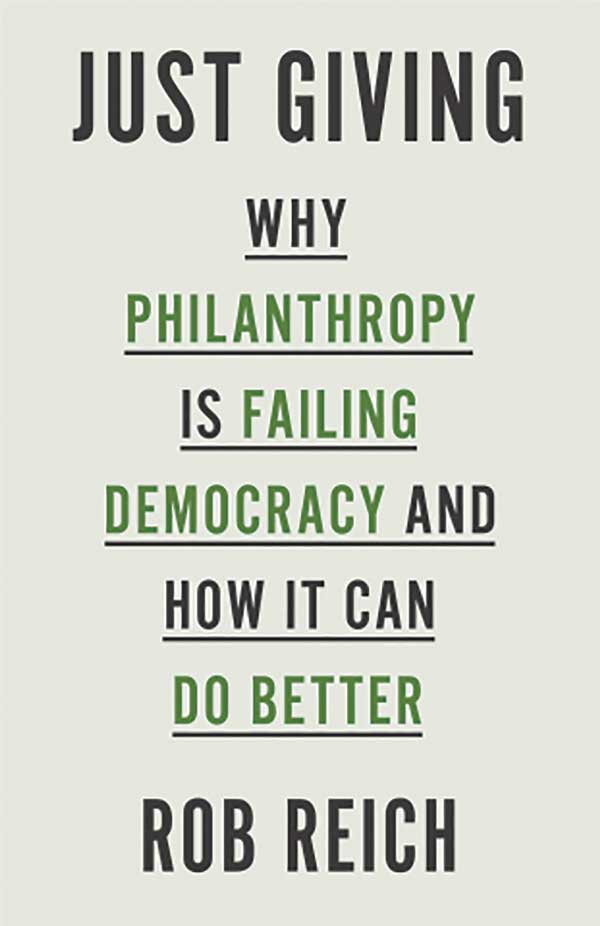 Just Giving: Why Philanthropy Is Failing Democracy and How It Can Do Better, Rob Reich, MA ’98, PhD ’98; Princeton U. Press. Reich, a professor of political science and director of the McCoy Family Center for Ethics in Society, launches a substantial critique of the institutions of modern charitable giving—and includes an agenda for reform. Philanthropy, he says, is too often “ordinary and self-interested consumption” and historically a display of power, the ramifications of which often outlive the donor. Champions as well as skeptics of charitable institutions will find much to grapple with here. 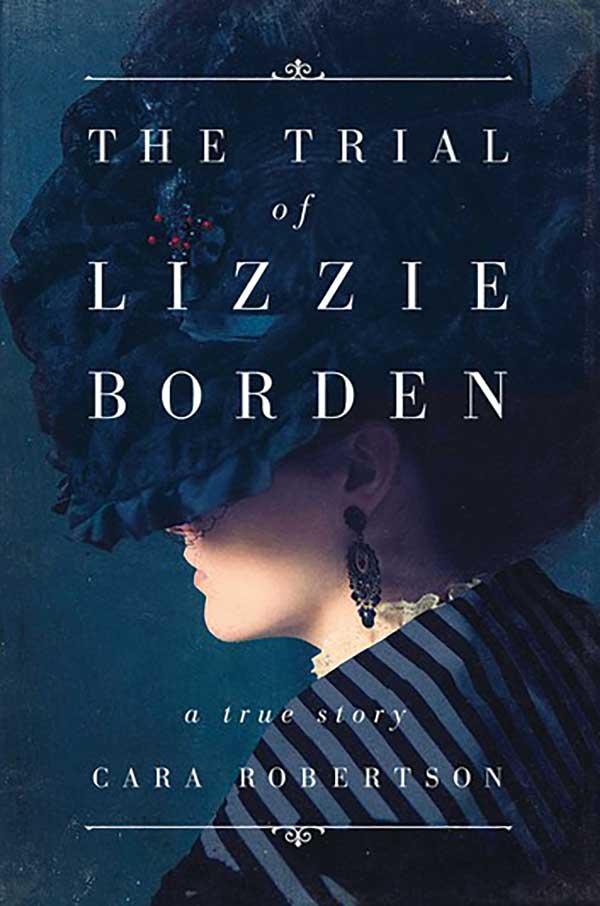 The Trial of Lizzie Borden: A True Story, CARA ROBERTSON, JD ’97; Simon & Schuster. Lizzie Borden took an ax . . . or maybe she didn’t. Robertson conducts readers through the evidence, situating the controversy in the context of Gilded Age ideas about class and gender. In her telling, Borden’s “apparent typicality, her embodiment of feminine stereotypes” contributed to her acquittal by a Massachusetts jury, if not by history and popular culture. 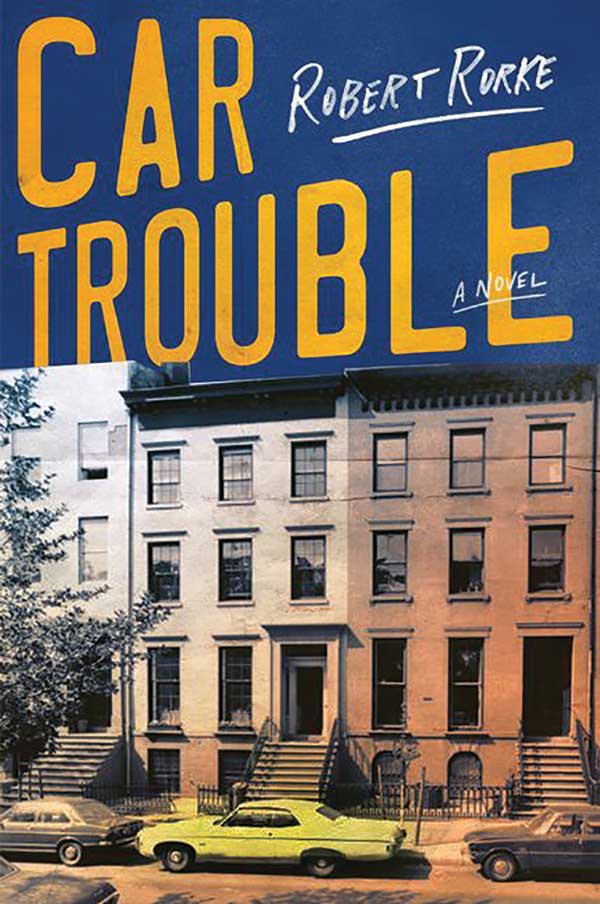 Car Trouble, ROBERT RORKE, MA ’79; Harper Perennial. Protagonist Nicky Flynn relates the story of his young life through the slow parade of beautiful, broken-down vintage cars his alcoholic father buys at auction in a quest to recapture the freedom of his youth. As Patrick Flynn’s mean streak approaches the redline, the family braces for the worst. Rorke’s debut novel is clear-eyed Brooklyn nostalgia, a welcome portal to the 1970s. 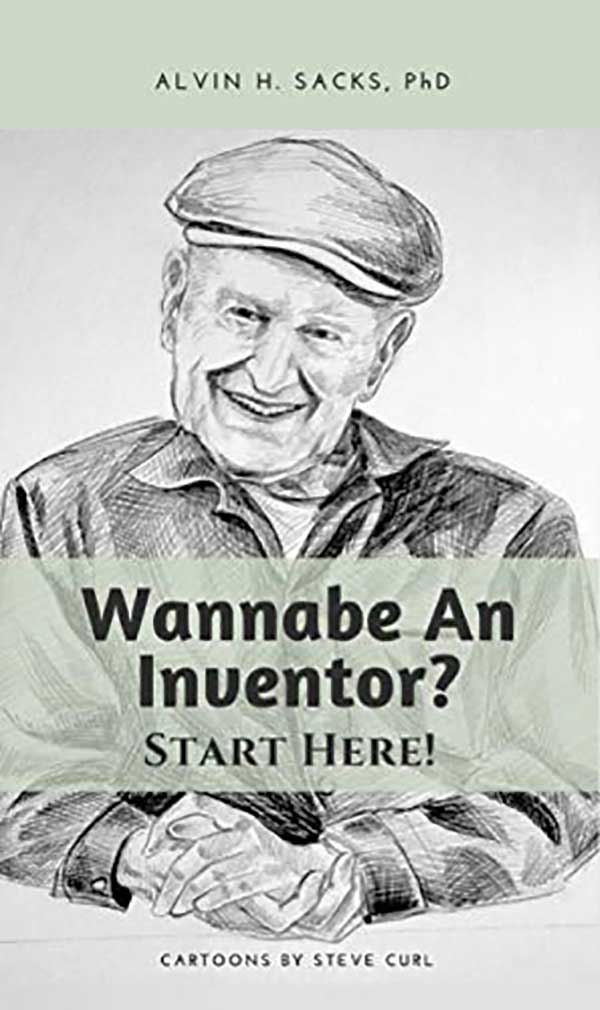 Wannabe an Inventor? Start Here! ALVIN H. SACKS, PhD ’57; self-published. Suppress your inner maker no longer—here’s a chance to learn the tricks from a master of the trade. Sacks, 96, shares the expertise he has gained over a lifetime of bringing ideas to reality. His frank talk about successes and failures alike gives a leg up to anyone who harbors a desire to create. 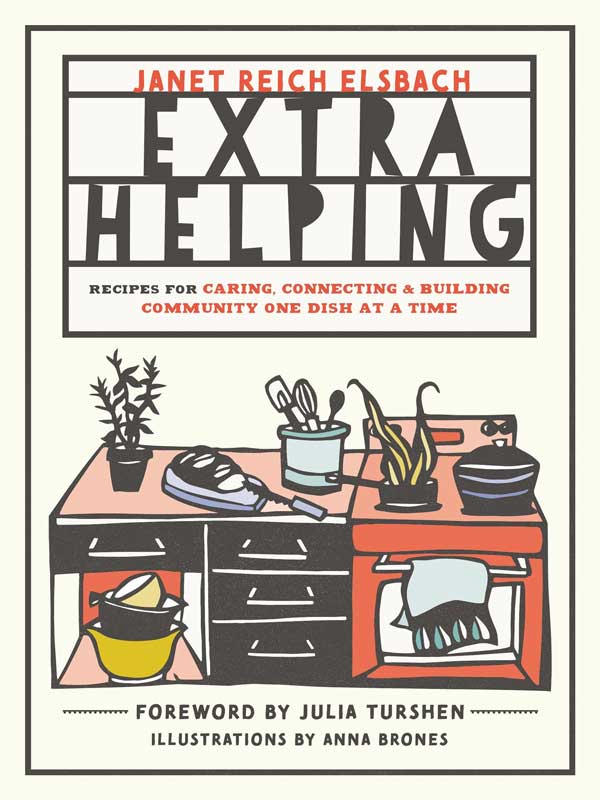 Extra Helping: Recipes for Caring, Connecting & Building Community One Dish at a Time, JANET REICH ELSBACH, ’89; Roost Books. Can you really tackle tragedy with a pound of chocolate buttercream and two spoons? Offering comfort from the kitchen, Elsbach dishes out 70-plus easy recipes you can make to carry others through when they’re “too taxed to feed themselves.” Equally helpful is her guidance for what to say and do when the right words just won’t come.

A Short Nerdy History of Beer

Turns out there are some key Cardinal moments in the story of your favorite brew.

What if only 10% of our waste went to the landfill?