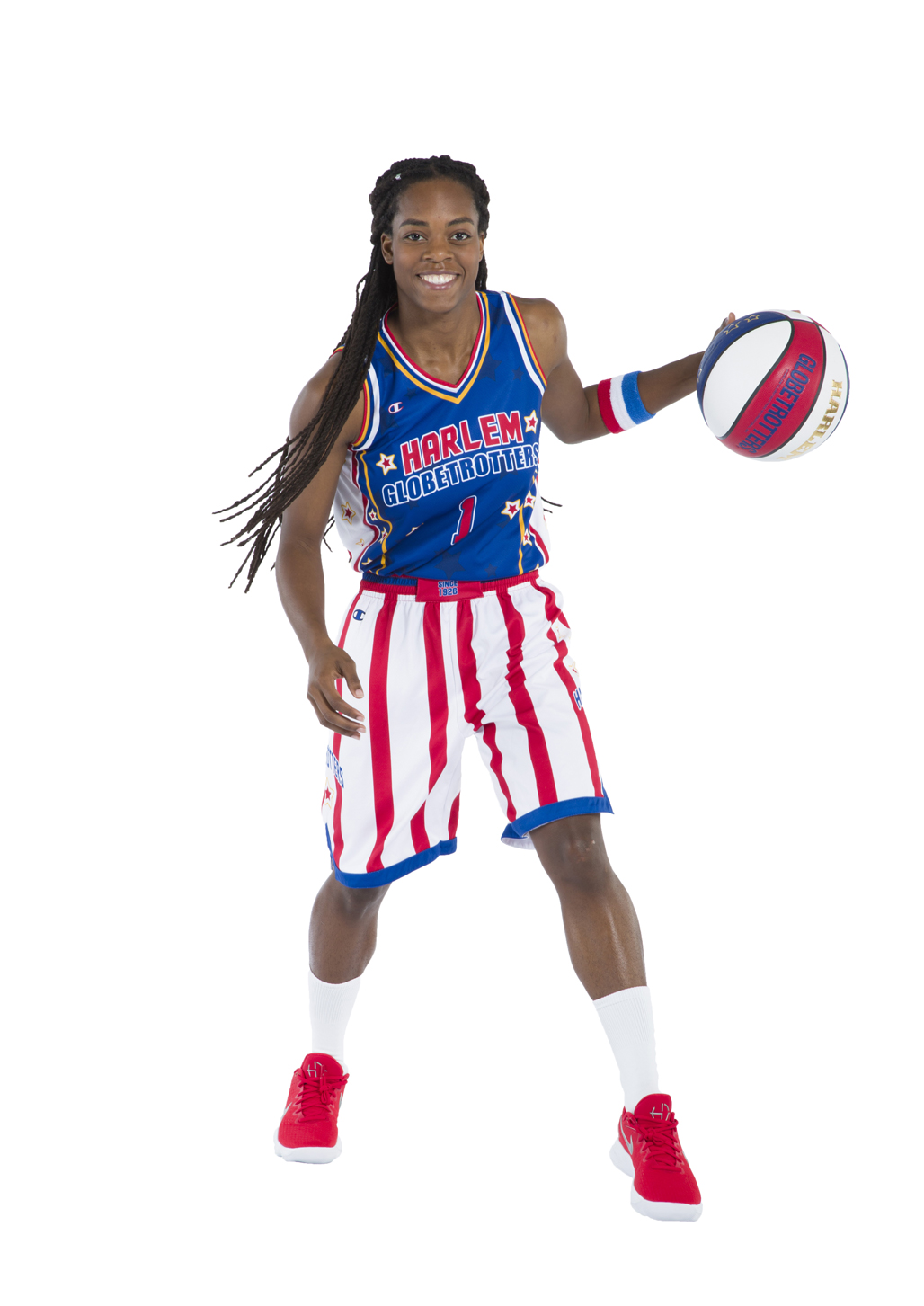 Lili “Champ” Thompson was only 7 years old when she first witnessed the ball-handling wizardry unique to the Harlem Globetrotters. Now, the former Cardinal point guard has joined the world-famous exhibition basketball team.

“We’re trying to do things no one has done with basketball,” says Thompson, ’17. “You want to make it look cool. You want to do something special.” Photo: Courtesy Harlem Globetrotters

In a way, Thompson’s ties to the team began before she was born. Veteran Globetrotters coach Barry Hardy picked up some of his legendary skills from her grandfather, George C. Thompson III, who was then the award-winning basketball coach at Inkster High School in Michigan. “Things have really come full circle for me,” she says.

The 5-foot-7 guard played three seasons at Stanford and one at Notre Dame, scoring more than 1,300 points and nabbing 359 rebounds. She was part of the Notre Dame team that defeated Mississippi State to win the 2018 NCAA Division I Women’s Basketball Championship. And she was one of five players, and the only woman, drafted by the Globetrotters in 2018. Her favorite parts of the new job? Traveling the world, spreading joy and giving back to the community. Oh, and meeting famous basketball players on road trips is cool, too.

What if only 10% of our waste went to the landfill?