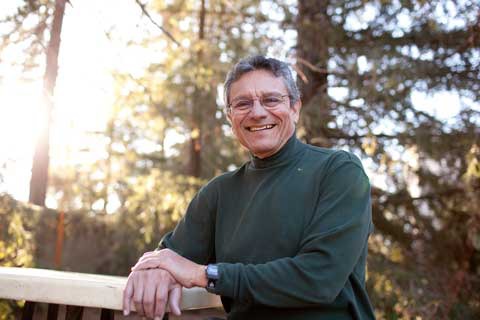 A leading authority on federal and California rules of evidence, Miguel Méndez was Stanford Law School’s first Latino professor. He was dedicated to social justice and to emerging issues in California substantive criminal law. And he was a devoted teacher. “Miguel was the ‘Mr. Chips’ of the Law School,” says his friend and Stanford colleague William B. Gould, Charles A. Beardsley Professor of Law, Emeritus. “He cared deeply about his students, even long after they graduated, and took great interest and pride in their accomplishments.”

Miguel Angel Méndez, Adelbert H. Sweet Professor of Law, Emeritus, died of cancer at his home in San Carlos, Calif., on May 25. He was 74.

He earned a bachelor’s degree in 1965 and a JD in 1968, both from George Washington U. His first job was as a law clerk for the United States Court of Claims. He then became a litigator, serving as deputy public defender in the Monterey County Public Defender’s Office, deputy director of California Rural Legal Assistance, and staff attorney for the Mexican American Legal Defense and Educational Fund. He joined the faculty of the Law School in 1977.

For more than 25 years, Méndez was on the board of governors of Public Advocates, a public-interest law firm that addresses civil rights issues affecting the daily lives of people in low-income communities. He served as chair of the organization in 1995. “Miguel was a wonderful human being, a true warrior, a social justice champion and a beloved law school professor,” says Guillermo Mayer, the firm’s president and CEO. “He provided an important role model to those who followed him, not only students and members of the community, but also all the members of our board throughout the years.”

In 2009, Méndez left Stanford and joined the law faculty at UC-Davis. He retired in 2014. His daughters, Gabriela and Arabela, remember him as a devoted father.

“He pushed us and challenged us to grow up as independent young women. He taught us algebra at age 5 or 6,” Gabriela says.

“I think Gabriela and I both have big visions for ourselves in the world because our father equipped us with an incredible sense of love, worth and confidence,” Arabela says. “He will always live through us and countless others.”

Méndez is survived by his two daughters.

Brave Steps on the Path to Pluralism