Leland Sr.’s drive to conquer a continent and his youngest brother’s belief in the occult are just two tales to tell. 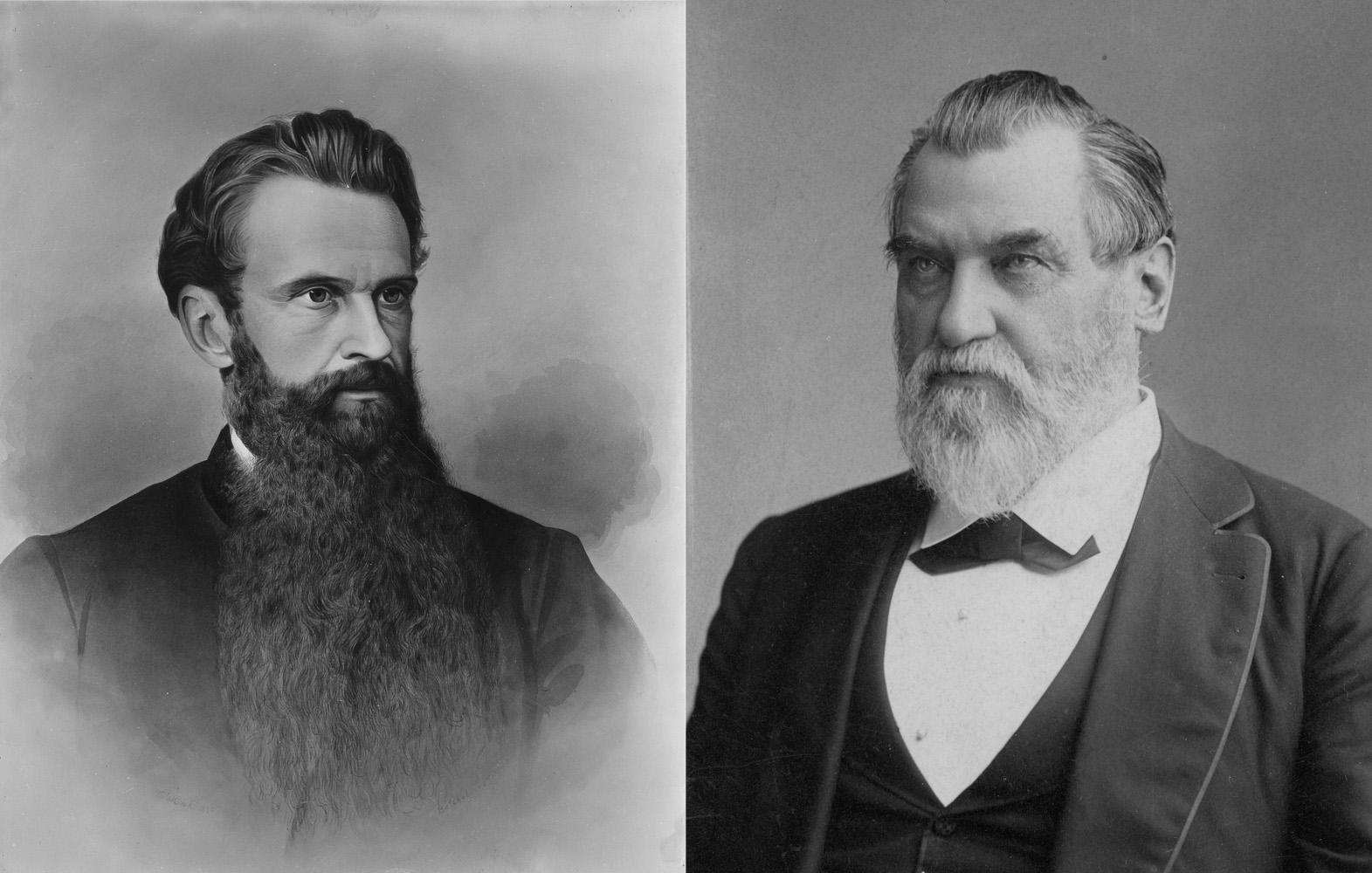 When a book called American Disruptor: The Scandalous Life of Leland Stanford came across my desk, I rolled my eyes a little. I mean, invoking the Silicon Valley vernacular seems like clever marketing, but really, when does a transportation system that links far-flung territories not disrupt? And “scandalous” didn’t ring quite true—exploitative, yes; salacious, no. I thought I might detect the work of a dirty Golden Bear or two. (The book was written by Cal alum Roland De Wolk and published by UC Press.)

Nevertheless, it seemed an important biography of the university’s co-founder. So I sent the book to writer Sam Scott, who I knew would supply a candid assessment. After one chapter, he emailed me: “Spidey sense says it’s pretty good, which isn’t always the case with these books.”

Sam’s article is the latest of many we’ve run over the years about our founding family. We’ve written about Jane Stanford’s decision to limit the enrollment of women to 500 and about whether she was murdered in a plot masterminded by the university’s first president, David Starr Jordan. We’ve covered how Leland trained his beloved trotting horses on the Farm and how he feuded with Stanford’s original architect, Frederick Law Olmsted. And we’ve delved into the brief life of university namesake Leland Jr., who loved animals and archaeology in equal measure. You can find these and more in our collection on the Stanford family.

In this issue, you’ll meet another member of the clan: Thomas Welton Stanford, Leland’s youngest brother. Welton, as he was known, pursued spiritualism—commissioning famous mediums to convene séances and summon the spirits of the dead—and encouraged his sister-in-law Jane to do the same. Both hoped to remedy profound grief. Jane Stanford desperately wished to communicate with her late son; Welton with his deceased wife and brother DeWitt.

But unlike Jane Stanford, who turned away from the practice when it didn’t produce the desired result, Welton was a true believer, and he wanted scientific proof that the objects and visions that materialized during séances were authentic. So he donated £10,000 to Stanford to endow a fellowship in “psychical research”—which represented both an enormous sum and a scholarly conundrum for the fledgling university. You can find out what happened next in our cover story. I won’t reveal all the mysteries contained therein, but suffice it to say I’ve never before read a ghost story that involved a control group.

“The Curious Case of Thomas Welton Stanford” was painstakingly researched, written and illustrated by graphic novelist Jonathan Fetter-Vorm, ’05. Jonathan has told a story in these pages once before—a 2017 feature about a 1931 road trip during which a Stanford sociologist and two Chinese grad students examined whether Americans’ racial attitudes differed from their actions. We’ve been wanting him to do a second article for us ever since, and this time, he even designed the magazine cover in graphic-novel format. Kinda disruptive, eh?