A new book describes a man on the fast track. 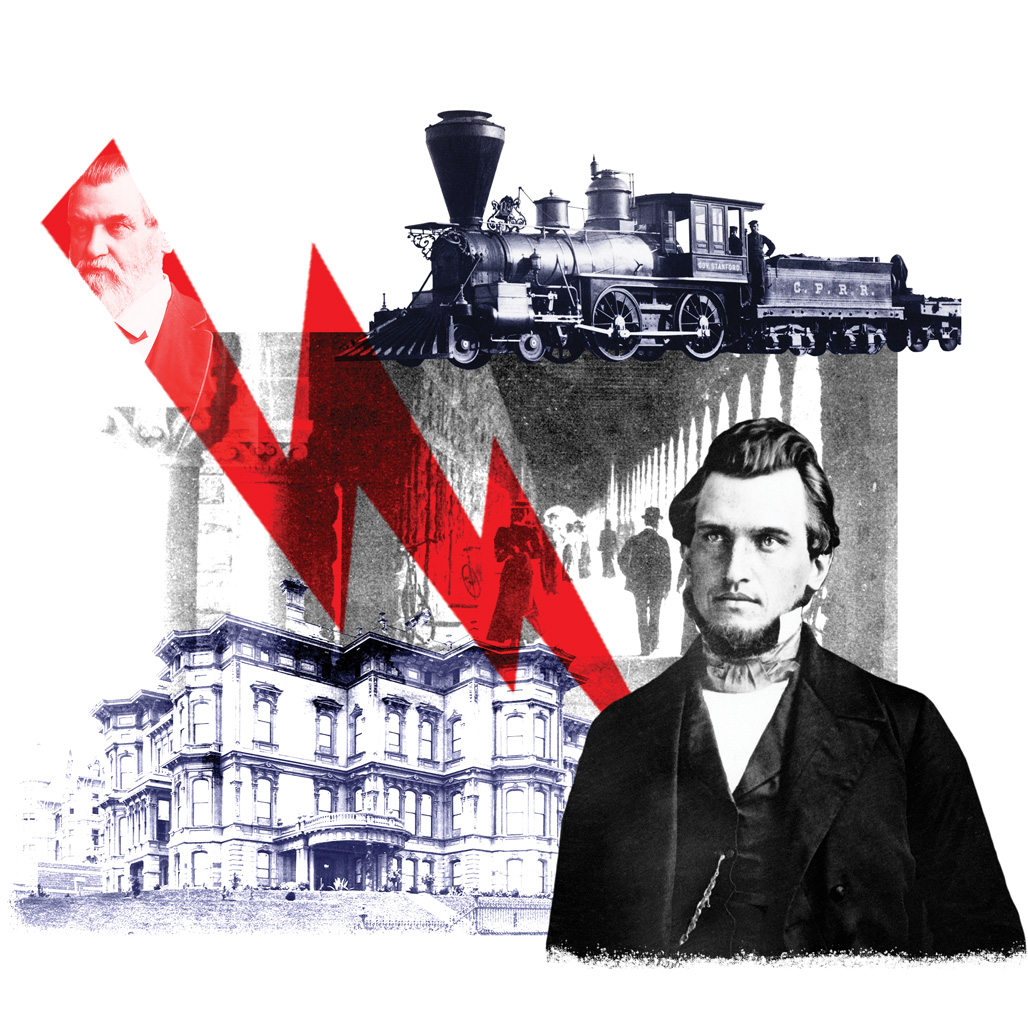 By age 20, Amasa Leland Stanford had cast off his peculiar first name. Often translated as “burden” or “hardship,” Amasa hearkens to a minor Old Testament character—a nephew of King David—distinguished by little else beyond a bloody death.

But by any name, the young man in Roland De Wolk’s American Disruptor: The Scandalous Life of Leland Stanford hardly seemed destined for greatness. “Shirking work, a bit of flimflam, and failing to finish school after school were his marks,” De Wolk writes of a feckless adolescence that gave way to a luckless legal career. In 1852, Stanford’s fledgling law practice in pioneer Wisconsin burned to the dirt, along with all records of monies owed.

And yet less than a decade later, Stanford would emerge not only as governor of the new state of California but also as president of the company racing to submit the nation to the first transcontinental railroad. The old dilettante was gone, a late-blooming bulldog in his place. “[H]e was now a man who had no quit in him,” writes De Wolk, a longtime Bay Area reporter.

American Disruptor provides a dense but swift-moving primer on Stanford’s rise from tavern owner’s son to tycoon. As a husband and, later, a father, Stanford was steadfast. As a leader of commerce and of California, De Wolk contends, his values were more pliable. Once in the governor’s office, Stanford’s prioritization of his private railroad over public needs was “explicit enough to anyone paying attention.” In time, Stanford would earn plenty of other names, from “$tealin Landford” to U.S. senator.

De Wolk portrays Stanford as both heir to and sire of the kind of disruptive technological upheaval that today confers bragging rights on Silicon Valley start-ups. The opening of the Erie Canal, and later the Mohawk & Hudson railway, thrust his parents’ backwoods tavern into one of the most important business corridors in the nation, transforming the family fortunes. Stanford would unleash a force that would do the same to a whole continent—and in his and his wife’s memorial to their dead son, far beyond.

Sam Scott is a writer in Toronto.