A funny thing—or two—happened on the way to practicing medicine. 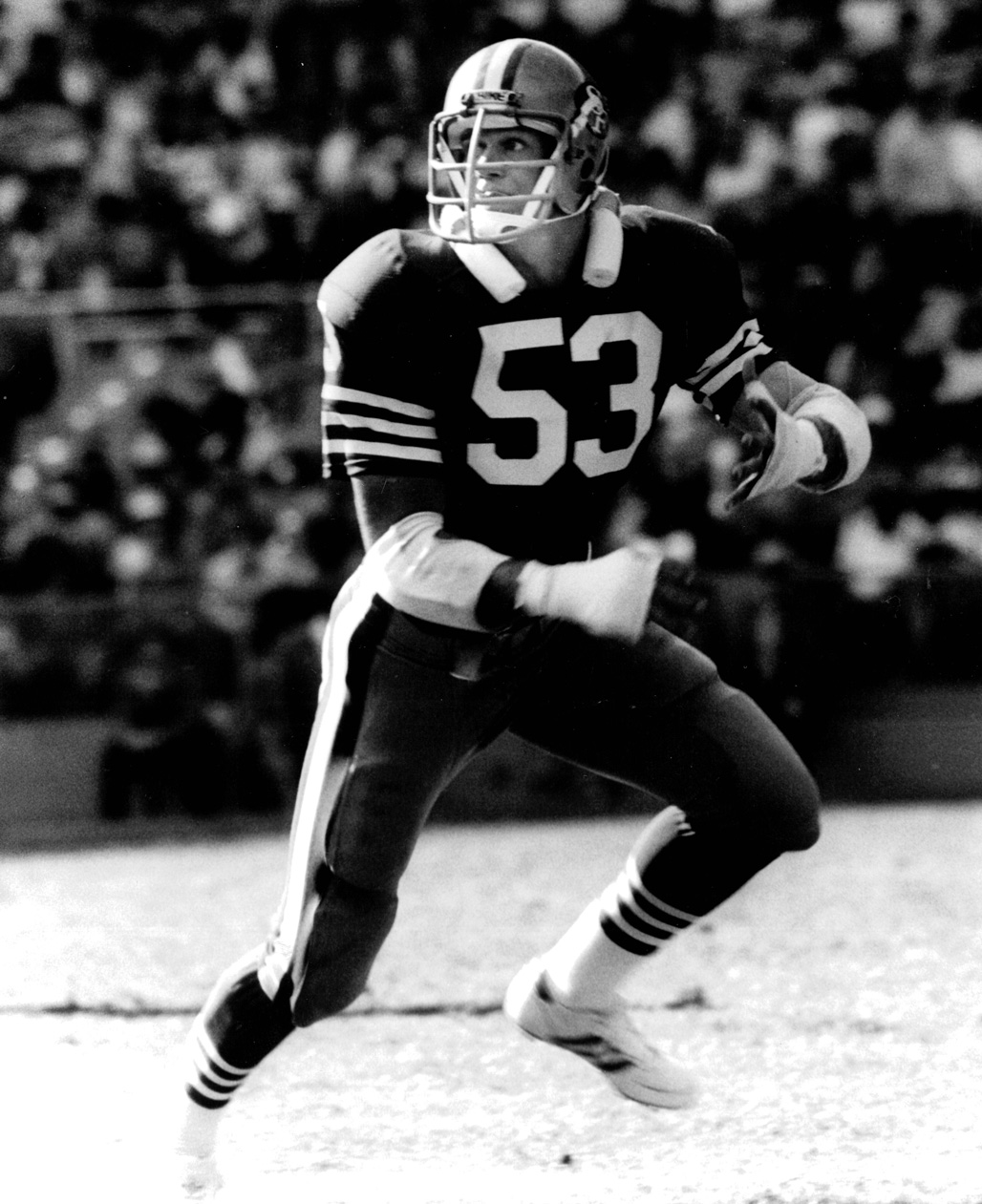 In the 1977 South Hills High yearbook from Covina, Calif., Milt McColl posed for the “Most Likely to Succeed” picture in scrubs. Success came early. Practicing medicine? Well, that has been a longer journey. But now McColl, ’81, MD ’88, is finally realizing his childhood ambition as a part-time family and family-planning doctor at Santa Clara Valley Medical Center.

There have been a few distractions along the way. A 6'6" outside linebacker for the Cardinal, McColl made the San Francisco 49ers as a free agent—the same week he got off the wait list at Stanford Medical School. For the next seven years, he juggled med school and an NFL career, much as his dad, Bill, ’52, once had. McColl interned at Valley Med but put an orthopedics residency on hold to work at a medical device start-up. “Then one year turned into 25,” he says.

In that quarter-century, McColl raised four sons with his wife, Cindy (Emanuels, ’81), and served in various business and venture capital roles, most recently as CEO of Gauss Surgical.

He also kept his medical license current. A few years ago, he started volunteering at a San Francisco free clinic, where he relished his interactions with patients. Grappling with a complex case one day, he said to some fellow doctors, “God, I wish I knew more.” They urged him to finally do his residency. McColl mulled the idea for a year. “I knew it was going to be three years of hard work and late nights,” he says. 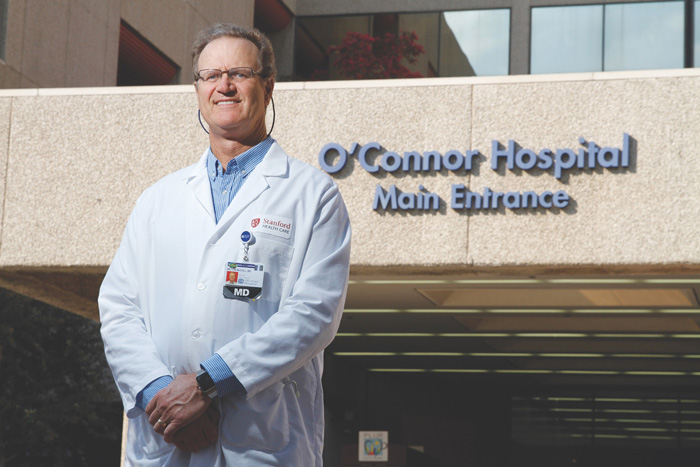 THE HAPPY RESIDENT: McColl got the nickname from his fellow residents, who were young enough to be his kids.. (Photo: Paul Sakuma)

Having made his decision, McColl convinced the heads of the Stanford Health Care–O’Connor Hospital Family Medicine residency program that he could endure its grueling demands as well as the demotion from corporate CEO to lowly intern. “I told them, ‘I can guarantee that I will not quit,’ ” he says.

Among his fellow residents, all of whom were young enough to be his kids, McColl was known as the happy resident. When he graduated in June, he was elated. “It meant a lot to me personally, and it meant a lot to other people who took a risk on me,” he says. “It could be in 20 years I think of something else to do, but I feel like this is absolutely the right thing for me to be doing right now.”

Kelli Anderson, ’84, is a former senior writer at Sports Illustrated. Email her at stanford.magazine@stanford.edu.