The works of author and poet Rebecca Foust, JD '82, have been reveling in recognition of late. On November 5, her book Paradise Drive won the 2015 Press 53 Award for Poetry. The Press 53 Award is given each year to an unpublished collection of poems, and includes a publication contract, a $1,000 advance and travel expenses to an awards ceremony in North Carolina this spring. On October 17, Foust's essay "Venn Diagram" was awarded the 2014 Constance Rooke Creative Nonfiction Prize; her piece will be published in the Winter 2014 edition of the Malahat Review. Foust was the Dartmouth Poet in Residence last spring, during which she lived in Robert Frost's house in Franconia, N.H.; in October, she did a fellowship in residence at the MacDowell Colony in Peterborough, N.H. 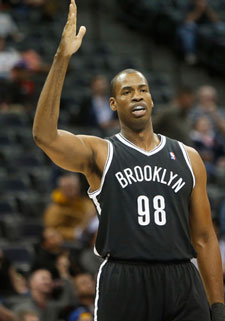 Photo: Chris Humphreys / USA TodayJason Collins, '01, retired from the NBA in November after 13 seasons. His most memorable move wasn't made on the court: In April 2013 he came out as the first openly gay athlete in the four major professional team sports. Collins began his career with the New Jersey Nets in 2001 and over the years played with the Memphis Grizzlies, Minnesota Timberwolves, Atlanta Hawks, Boston Celtics and Washington Wizards. He spent his final season with the Brooklyn Nets, for whom he played 22 games. In an interview with ESPN, Collins called his greatest highlight starting at center in the 2003 NBA Finals against the victorious San Antonio Spurs. He pointed to "Father Time" as the reason for his retirement and said he plans to continue advocating for LGBT groups and to stay involved in basketball.

PRAISE FOR THE WRITTEN WORD

Photos: Courtesy the John D. and Catherine T. MacArthur Foundation (left); Laura RoseThe tomes of two alumni authors made the Economist's 2014 list of best books in the science and technology category. Atul Gawande and Nina Teicholz, both '87, were resident assistants together at Roble Hall before embarking on careers as researchers and writers. Gawande, a staff writer at the New Yorker, a Harvard professor and a practicing surgeon, was honored for his fourth book, Being Mortal: Medicine and What Matters in the End, which addresses end-of-life choices. Teicholz's The Big Fat Surprise: Why Butter, Meat and Cheese Belong in a Healthy Diet chronicles the demonization of fat in what the Economist calls "the year's most surprising diet book."

Can Knee Cartilage Be Regrown?