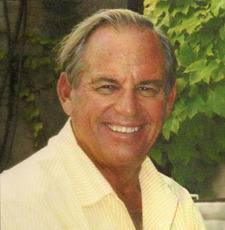 Picture lunch at a sunny table—maybe next to a fountain—just steps from the office and not far from home or a hotel. Such a scene is commonplace in today's office parks, but when Don Koll started developing commercial space in Orange County, Calif., the concept was new. So was the idea that a young business could rent office space in such a complex, configure it to its needs, then expand it as the company grew.

By taking a chance that a multi-tenant campus would appeal to business owners, Koll and his colleagues changed the face of Orange County and, by example, the country.

Koll pursued not only big law and accounting firms to rent Class A office space in the suburban centers, but also the little guys one stage past the garage, giving a boost to many entrepreneurs.

A Santa Monica native, Koll met Dorothy Brittingham in the eighth grade and they courted at Stanford. After graduation and service as an Air Force pilot, he founded a home-building company in 1962. One of the company's early jobs was building a replica of Independence Hall for Knott's Berry Farm. The firm would go on to develop more than 85 million square feet of office, industrial, retail and entertainment space, including the Koll Center complexes in Irvine and Newport Beach.

Koll's world extended with travels and projects as far away as China. He brought Jack Nicklaus-designed golf courses to Cabo San Lucas, Mexico, to help turn the area into a destination resort. Last year he was one of two inaugural inductees into the Stanford Professionals in Real Estate (SPIRE) hall of fame and he received the Distinguished Eagle Scout Award from the Boy Scouts of America.

"He could see what didn't exist in what existed. He saw potential and possibility," says his daughter Dori Koll, '79. "If you came to him with a good idea, he'd listen to you." He did not dwell on the negatives. "He was always interested in newness."

Wendy Jalonen Fawthrop, ’78, is a senior copy editor at the Orange County Register.

Hitting Cancer Where It Hides

Brute-force attempts to eradicate the disease have ultimately proven inadequate malignancies often cling to life as tenaciously as patients do. Now, researchers look to more subtle strategies that turn tumors' survival tricks against them.