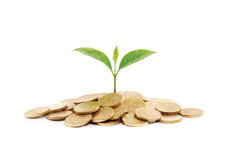 Andrew Carnegie, the wealthy industrialist who spent much of his life giving away his enormous fortune, brought the world to uncounted millions of people. Beginning in the 1880s, he built some 3,000 libraries in the United States and in several foreign countries, and many of them are still operating today. It's difficult to fully assess the imprint of that. How many children's lives were changed because they had easy access to books?

Carnegie's good works provided a template for the superrich who want to change the world on a massive scale. One of the latest iterations in this small category is Jeff Skoll, MBA '95, who earned billions as eBay's first president. He is working full time to fix problems ranging from the threat of pandemics to improving public education, using movies to build awareness and attract support. You can read about him here.

At a time when Occupy movements are igniting discussion about disparities between rich and poor, it might be instructive to consider how philanthropy should be judged. Is it fair to hold the rich to a different standard than the rest of us?

Many people subscribe to the notion that the more you have the more you should give. Some religious traditions prescribe a percentage of one's income—a sort of minimum payment for blessings received—to charity, and those expectations apply to everyone, not only the affluent.

I've heard the argument that it's easier for the rich to give because they have more than they can spend anyway. If you're a check-writer and not much else, I might agree. But true philanthropy requires involvement, understanding and commitment. And that, it seems to me, is where people like Jeff Skoll depart from the norm.

Sure, they have plenty to spare. But their giving is tied to something deeper than their pocketbook; it comes from a consciousness that we're all swimming in the same sea, and the water is pretty mucked up.

Does Skoll represent a new trend among the so-called 1 percent? Larry Brilliant, a physician and public health expert best known for helping eradicate smallpox, thinks so. "I would argue that today's 1 percenters are different from yesterday's—they're interested in the world around them," he says.

And it's not always money that makes the difference.

Twenty years ago I visited Guatemala for two weeks as part of a peace mission. I stood in the schoolroom at a former sugar plantation, watching kids seated on tree stumps, writing with the stubby remains of pencils in the margins of torn-out pages from a catalog, this being the only paper available. I recall thinking that I could help those kids. Collect some supplies, arrange a transport and a handoff. I could have done that—the impediments weren't that daunting. But I never followed through. It wasn't that I didn't have the capacity—for whatever reason, at that moment, I didn't have the will.

Jared Sun, '09, whose story you can read here, is one who does have the will. While studying at Stanford's program in South Africa, Sun was astonished by the nearly total lack of emergency medical care for trauma victims. He returned to the country after graduation and established a system of emergency medical training that is now being emulated throughout the developing world. He made up for his lack of money with ingenuity, determination and pluck.

Jeff Skoll is rich. Jared Sun is not. But what they have in common may be more essential than the difference in their net worth. They both can muster the effort and energy to sustain a movement, and find a way to help.

Solving the world's problems begins there: with want-to. Carnegie had it. So does Skoll. Maybe that's the currency we should be admiring rather than the green kind

The Whole World in His Plans

The Whole World in His Plans