What you can’t control should have no power over you. When injuries were piling up on the men’s basketball team before its first game, coach Johnny Dawkins had only one reaction: “Not to make any excuses.”

The most damaging injury was suffered by sophomore Robert Cartwright, who sustained a compound fracture of his right arm during practice. Cartwright, who played in 36 games as a freshman, was expected to step in as the successor at point guard to Chasson Randle, ’15, last season’s every-game starter and Stanford’s all-time leading scorer.

“There’s always a way,” Dawkins insisted after the squad went 2-3 to open the season. “We never give ourselves an out.”

In any case, there’s a larger context for the adjustments this season brings. A lack of experience-hardened players is conspicuous, particularly, Dawkins emphasizes, among the seniors, who usually are looked to for leadership on and off the court. The three returning seniors—center Grant Verhoeven, forward Rosco Allen and guard Christian Sanders, who took over at the point—have each accumulated a couple of seasons of playing time, but most of it has been coming off the bench, with significant interruptions due to injuries. A fourth senior, walk-on guard Ian Proulx, is new to college hoops.

Sanders’s performance in his new role at the point got a glowing early review from Dawkins, who’s in his eighth season on the Farm. “I love what he’s done. I know it’s been a challenge. He’s accepted it.”

Ultimately, the development of underclassmen may have just as much to do with the team’s success as the progress of the upperclassmen. Sophomore forward Reid Travis started all the first six games; sophomore forward Michael Humphrey and soph swingman Dorian Pickens started four of the six. Dawkins wants much tougher defense than he saw in a couple of early losses to Southern Methodist and St. Mary’s, along with the maturation of players whose roles are advancing from modest contributors to linchpins. Amid many uncertainties, Dawkins is willing to predict that the process will be exciting to watch. 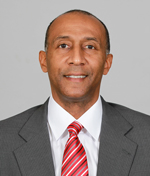 Eating Away at Plastics Pollution