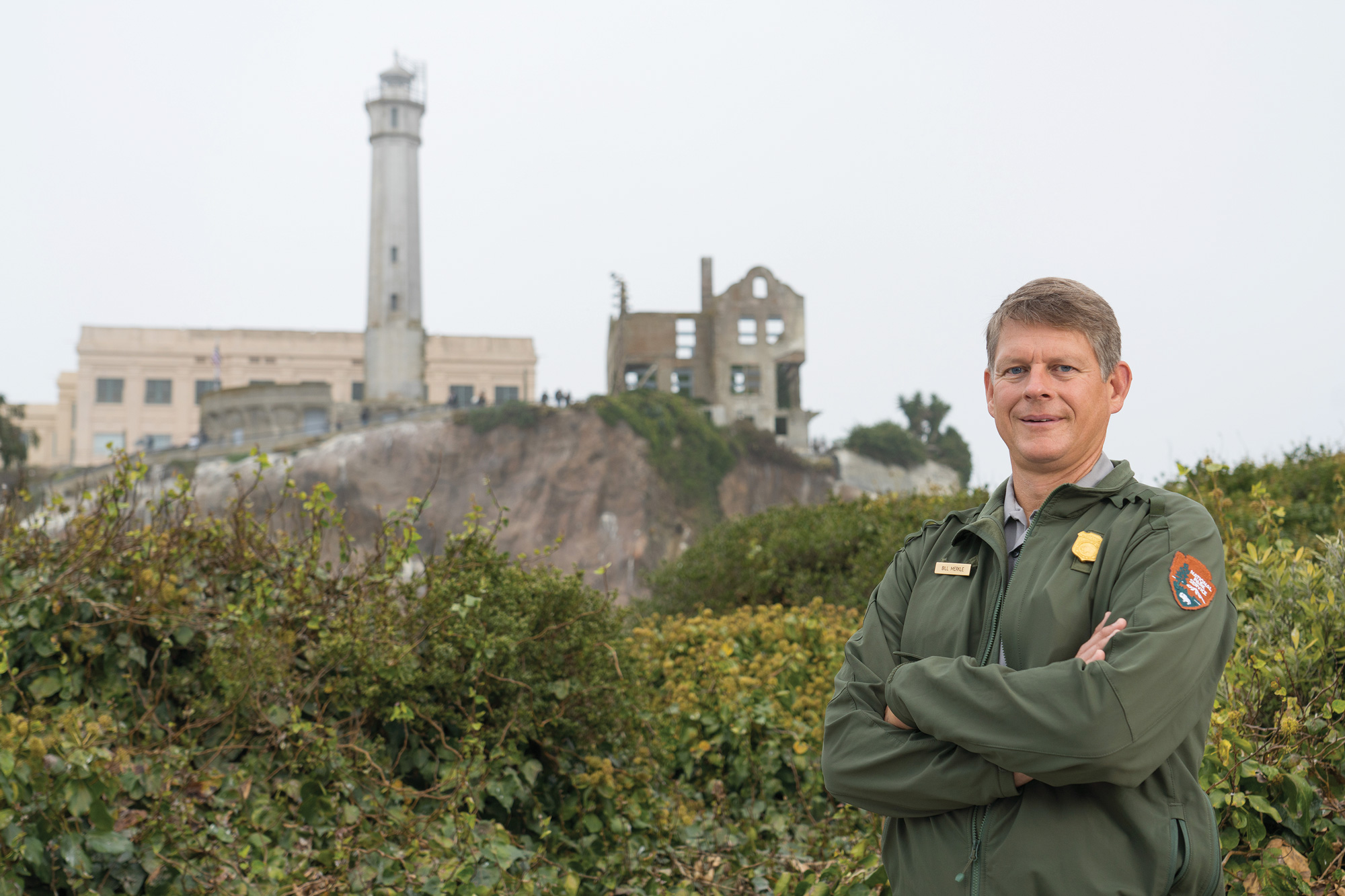 Before the tourists, before the prison, and before humans had ever set foot on its land, Alcatraz Island was a rich bird habitat. The 18th-century Spanish explorers who sailed into San Francisco Bay dubbed the 22-acre island La Isla de los Alcatraces, which, depending upon the interpretation, means the island of pelicans, or gannets, or simply “strange birds.”

Human settlement proved disastrous for the island’s feathered inhabitants. Cannon blasts at the U.S. military fort built there in the 1850s scared off nesting pelicans. In the 1870s, the Army cleared away the remainder of the natural vegetation to make room for a military prison. The Bureau of Prisons went on to keep the grounds immaculately maintained during its 30 years operating the notorious Alcatraz Federal Penitentiary—great for spotting runaway inmates, not so much for sustaining nesting wildlife.

The Bureau of Prisons went on to keep the grounds immaculately maintained during its 30 years operating the notorious Alcatraz Federal Penitentiary—great for spotting runaway inmates, not so much for sustaining nesting wildlife.

When the prison closed in 1963, the shrubs were restored. The birds, save for those original pelicans, came home to roost. And this time, Bill Merkle wants to make sure that they stay.

Merkle, ’91, is a National Park Service ranger and a wildlife ecologist at Golden Gate National Recreation Area, a sprawling national park that stretches from Point Reyes in the north to Woodside in the south. As head of the park’s wildlife program, he oversees a robust monitoring and breeding program for species like cormorants, pigeon guillemots, snowy egrets and black-crowned night herons.

When monitoring began in the 1990s, Alcatraz was lucky to see 1,500 birds in a year. But now, “at the peak of the breeding season, with adult birds and their young, there are probably in excess of 9,000 waterbirds on the island,” says Merkle—along with the human visitors, who top 4,000 per day.

Corinne Purtill, ’02, is a writer in Los Angeles.