Aparna Verma was a 6-year-old from Baltimore County, Md., when she first encountered Black Beauty, the classic children’s novel about an ebony horse cherished for his size and strength. She imagined touching his shiny coat and the white star on his forehead. And for years to come, she would dream of riding a horse.

As a freshman, Verma contemplated joining the Stanford Polo Club, but it wasn’t until she attended the Queen’s Cup during her study abroad at Oxford the following year that she “caught the polo bug.” Back at the Farm during her junior year, she mustered the courage to take the reins of a horse for the first time during tryouts for the club. And she made it.

She calls the experience of learning the sport a “baptism by fire,” not unlike her first time recording audio for the Stanford Storytelling Project. Now, as her senior year draws to a close, Verma is relishing her last few polo games and has set her sights on applying her English major in the real world. Upon graduation, she hopes to create her own podcast inspired by This American Life, with the goal of telling “vulnerable stories that will make people stop and think.”

‘Ever since I read Black Beauty, I knew I wanted to ride horses. I wanted to be your typical horse girl who had horse stickers on her binder and wore her hair in braids.’ 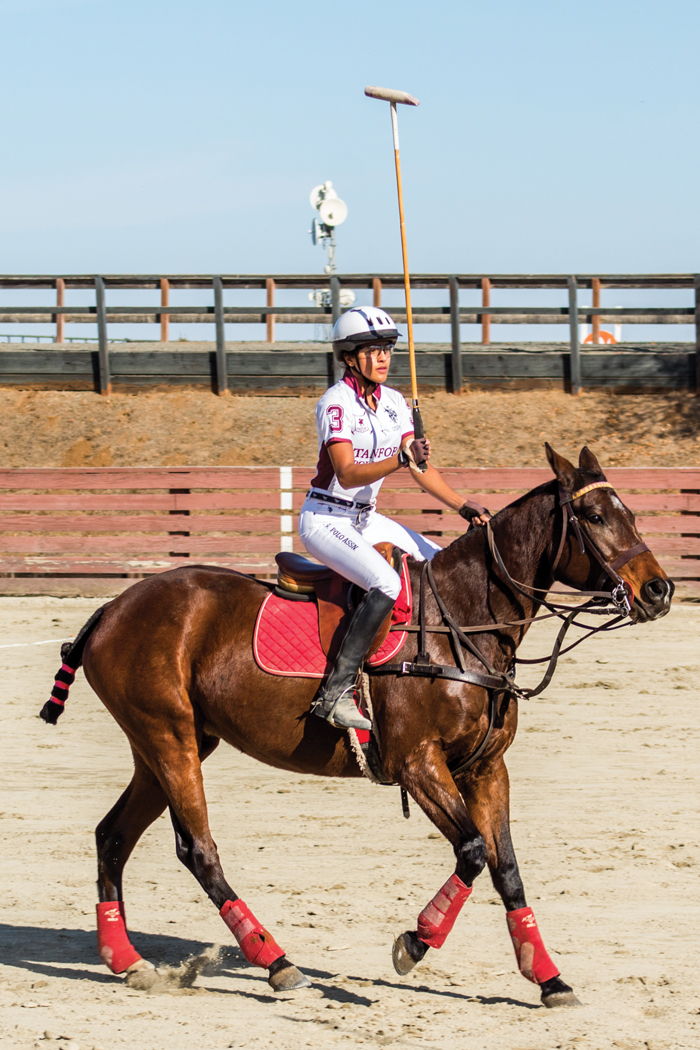 “I’ve always been into horses, but my parents couldn’t afford riding lessons let alone lease a horse, so coming to Stanford made [the dream I had as a 6-year-old] a reality.

“I still can’t believe that because I go to Stanford I’m afforded these different opportunities and this degree of respect that I did not have growing up. It feels strange to suddenly have that.

“The Stanford Polo Club is only 10 minutes away from campus, but it feels like a world away.

“I was afraid [of riding a horse] for the first time, but I’m also a person whose mantra is ‘fake it till you make it,’ so I was faking it for a very long time, but now I think I’ve made it.

“The horses really helped me balance the stress of junior year, where you’re [taking] the classes you need to take in order to graduate on time. This was the year that I stopped [working with] the Stanford Daily, and that was a very difficult decision for me.

“Riding a horse is probably the most freeing act in the entire world. You really are in tune with that amazing, gentle creature. You become one, and you just feel their power, their grace, their beauty.”

Diana Aguilera is a former Stanford staff writer. Email her at stanford.magazine@stanford.edu.