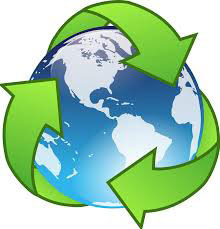 If all consumers in America recycled perfectly, how significant a positive impact would it have on the environment? I heard somewhere that by far the largest contributors to landfills are industrial corporations, and the post-consumer trash contribution is very little by comparison. What is the breakdown?

I’ve always been a little bit of a nut about recycling. It was one of my family chores, certainly. And I didn’t even mind the weird looks I got after high-school soccer games, as I sifted through the trash for plastic water bottles, so I could take them home for recycling. My question, like yours, is: Is all my effort worth it?

According to the numbers, yes: Recycling has a significant environmental impact. The U.S. Environmental Protection Agency (EPA) reports that Americans recycled and composted about 87 million tons of trash in 2013. This amounts to a 34.3 percent recycling rate of the everyday commercial and residential material collectively known as municipal solid waste (MSW). That’s a big improvement over the last 30 years. More than one million Americans work in the recycling and reuse industry, generating substantial economic benefits. And then there are the environmental benefits, including reducing greenhouse gas emissions and conserving energy and natural resources. At Stanford alone, each year recycling programs save enough energy to power 657 homes; prevent as much greenhouse gas emissions as taking 2,109 cars off the road; and conserve enough paper to save 32,115 trees.

Clearly, municipal recycling is not insignificant. But is it dwarfed by industrial waste? It’s surprisingly hard to say, because nonhazardous industrial solid waste isn’t tracked as a category. The EPA’s only estimate dates back to the 1980s, concluding then that the U.S. produced some 7.6 billion tons of nonhazardous industrial solid waste per year. That’s about 45 times more material than the amount of MSW generated in 1985. This sort of industrial waste includes byproducts of generating energy, manufacturing goods, and construction and demolition of buildings and infrastructure. It includes coal ash, foundry sand, and construction materials such as old bricks and concrete, drywall and lumber.

MSW might seem small compared to industrial waste, but the two categories cover very different materials and recycling potentials. It’s like comparing a burrito and a quesadilla: They both use tortillas but are very different foods. And each is significant in its own way. In California, the majority of MSW (67 percent) is commercial. (See table ES-1, “Commercial” plus “Self-hauled-Commercial” in the reference.) Still, if all residential recyclable items were indeed recycled, about 165 million cubic yards, or 50,769 Olympic swimming pools, of landfill space wouldn’t be used. Thus, although the ratio of residential waste to total MSW and industrial waste is small, the total amount of residential waste diversion is still huge. I calculated these volumes using 2011 waste production (250 million tons) and average MSW density. I multiplied MSW by .75 to calculate landfill space saved, because 75 percent is the commonly accepted “perfect” recycling goal. It is also California’s recycling goal for 2020.

Even if your recycling efforts seem small compared to industrial waste impacts, you’re still making a difference. Check out this previous SAGE answer for more on recycling rates and effectiveness. Read the nitty-gritty section below for solutions to other overlooked recycling challenges.

Also, remember that recycling is the least important part of the resource conservation mantra. First reduce, next reuse, then recycle as a last resort. For example, drinking from a water fountain more often will help you reduce the number of plastic water bottles you have to recycle. Even better, refilling a reusable water bottle will keep you from having to recycle any plastic bottles at all. Plus there’s an added bonus—you’ll save me the trouble of rummaging through the garbage for missed recycling opportunities the next time I’m at the soccer field.

We just explored the relative impacts of residential, commercial and industrial recycling. For most of us, the residential realm is where we can make the biggest personal impact, so let’s take a look at some further steps you can take to become a recycling wizard. When I was researching municipal solid waste (MSW) going to landfills, what really surprised me is that the largest proportion of waste we send to the dump is food waste, at 21.3 percent.  This is one reason why composting is the next big thing in waste management.

At Stanford, an even larger percentage of the waste is food (30 percent). However, Stanford is ahead of the curve, with a 10-year-old effort to recycle food waste by placing compost bins at every dining hall and more than 90 sites that serve food on campus. There are many reasons to be proud of Stanford. But let’s take a moment to appreciate the Composting and Organics Program!

With composting bins all over campus, Stanford diverts 108 tons of food waste from landfills every month. This greatly reduces greenhouse gas emissions in a way unique to composting. The result of composting is a soil amendment that improves soil quality and reduces the need for chemical fertilizers. But it also reduces greenhouse gas emissions that would have resulted had the organic scraps been buried and decomposed in a landfill. Methane, a major component of the gas generated when food waste rots in a landfill, is more effective at trapping radiation than carbon dioxide. Pound for pound, it has at least 21 times the climate change impact of CO2 over a 100-year period. This is another reason why composting is the next big waste reduction effort.

You might be thinking: “Stanford is the best school ever and has the resources to run a composting program, but what can I do?” I was thinking this, too. Well, I am lucky because just as I was raised to be a recycling prodigy, I also compost at home. My dad studied forestry as an undergraduate and did agricultural service work in Africa in his 20s. Believe me, though: You don’t have to be an agriculturist to be a great composter.

My family set up a simple compost pile encircled by chicken wire. In our various lawn endeavors we have used this compost to turn dry New Mexico soil into a nutritious home for our plants. You might want to go the fancier route and buy a tumbler composter that will mix your organic scraps. These composters can be bought for less than one hundred dollars, but our chicken wire has worked just fine. Also, don’t be worried about odor because your compost will be outside. In my twenty years of composting I have never received nor made a complaint about compost odor. Fall and winter are perfect times to start composting because leaves can become your first composting project and will be ready to add to your garden as it blooms in the spring. Visit How to Compost.org to learn more about beginning composting, or look at these two previous SAGE articles.

Still, there’s always going to be some waste that can be neither recycled nor composted. Reducing and reusing are your best tools there. But to get all the way to that 75 percent perfect recycling goal, you might like a little more outside help.

I recently heard about an international recycling and upcycling company called TerraCycle. It collects nonrecyclable materials and uses them to make products for sale, everything from coasters made out of circuit boards to . . . Oh look, a wine-barrel composter perfect for your new composting project!

People who want to contribute to TerraCycle’s impressive business model and commitment to natural resource conservation can sign up online. After signing up, you choose what types of materials you want to collect. Once you have enough, say, Capri-Sun pouches, you print out a shipping label and send it to the company so that their research, design and manufacturing teams can fashion a purse out of them. After they receive the package full of secondhand goods, they send you payment based on the number of items you sent. This payment can be in the form of donations to a school of your choice, charitable gifts or cash back in your pocket— all paid for by profits from sales of repurposed items.

TerraCycle has certainly taken recycling to the next level, and you can, too. Although at first your recycling efforts may seem like removing a pebble from the base of a mountain, remember that mountains are moved only one pebble at a time. It is clear that recycling and composting are well worth the effort they require, because they save energy, reduce land used for landfills and reduce greenhouse gas emissions, among many other things. Now have some fun doing your part and feel good about it! Encourage friends to recycle and compost as well. Host “trashion” (fashion made from trash) shows for your kids and set up a composting program at your work site. Best of luck on your recycling endeavors!

Ramona Malczynski received her bachelor’s degree in Earth Systems in 2014.