My time is up. I’m leaving Stanford in July. Many people seem surprised when I tell them I can’t wait to go back home. When you live on a campus where the sun shines most of the year, a considerable number of people can’t understand why you’d leave—especially to move to the South.

Those people don’t understand what my home is like. Home means fried okra from Mama Dip’s kitchen, rocking chairs at Maple View Ice Cream, and winding country roads, with views and death-defying deer after every curve. I can hear Mipso, a millennial bluegrass band, performing at the Bynum General Store on a Friday evening thick with humidity. I can feel my eyes burning from the sun and tearing up at the beauty of the Carolina blue sky.

I am madly in love with North Carolina.

My relationship with my home state is complicated, though. North Carolinians have a justifiably bad rap with the LGBTQ community. We haven’t been very friendly to other marginalized communities, either. Our once progressive state has turned its political tide, perhaps in a response to the increasing pace of the social change sweeping much of the country.

Despite my mixed feelings about identifying as a North Carolinian and a Southerner, I still feel compelled to move back. My Stanford friends who haven’t visited North Carolina don’t understand, and I don’t blame them. Few of them plan to leave the Bay Area after graduation, much less consider moving to the South. It’s hard to see the abundance of good things that North Carolina has to offer; they’re lost behind headlines like “First in Discrimination” and “The Decline of North Carolina.” Yet, North Carolina’s complicated issues embody the obligation I feel to return to help fix the state that I love so deeply and that has given me so much.

I didn’t always plan to return. When I arrived at Stanford, I had other projects and dreams in mind. My senior year of high school, I started documenting my experience undergoing genetic testing for Huntington’s disease. The film followed me to Stanford, where I became known as “that girl making a documentary.” It dominated my first two years here.

As the filmmaking came to an end, my life moved in a different direction. After a tough winter quarter finishing the final edit, I spent my spring quarter in Santiago, Chile. There, I met people who radically challenged how I thought about my own privilege and race. With their help, I began to better understand issues surrounding the black community. When I expressed a desire to get more involved, one of my friends encouraged me to join the Stanford NAACP. That summer, I read The New Jim Crow. In August, Michael Brown and Ferguson, Mo., exploded into the national spotlight. 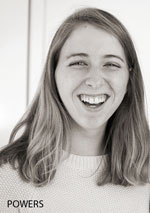 I knew I was supposed to be doing more than just reading articles on the internet, but I felt that I lacked the foundational knowledge to discuss the issues. I often couldn’t properly define privilege or explain why I felt that Officer Darren Wilson showed egregious behavior on the job. When I returned to campus that September, another friend encouraged me to pursue solutions within an academic framework. Deeper discussions led me to declare my major in African and African American Studies. It would help me better articulate issues affecting the black diaspora, which would then allow me to influence my white community back home.

As a white person new to these spaces, I struggled with navigating both my identity and desire to shed light on how my own community has been and still is so complicit in the issues that affect black Americans. Soon, I began to notice how many of the lessons I was learning in the classroom could be applied to racial issues that currently face marginalized communities in North Carolina. Yet my decision to return home wasn’t seeded until a few weeks after I declared my new major. At a panel on the events that happened in Ferguson, I met Marc Lamont Hill, a CNN contributor and scholar. He told me that the most important work I could do as a white ally would be to return to my own community and to my white peers, and advocate there.

Today, I plan to use what I’ve learned to redefine what it means to be a Southerner. I hope to lead people to reimagine the South as a diverse, complicated fabric of stories from all races, religions and creeds. I hope to begin in the nonprofit realm, and eventually become a politician on a city council or in the state legislature—I believe policymaking needs more race-conscious activists. My goal is to push North Carolina beyond its past of inequity, discrimination and poverty. I want to create avenues for all North Carolinians to access world-class education and careers. I want to lead more white Southerners to become allies in racial justice movements, such as Black Lives Matter, and more sympathetic legislators for all the people of North Carolina.

I believe the South can become a place the world looks to as an example of a region that has overcome a violent, complicated history and trans-formed itself into a place of refuge for marginalized communities.

So I’m going home to North Carolina, this time for good. And I believe I can help make this state, and the South, a home—not just for a select few, but for everyone.

Kristen Powers, ’16, will miss her hip-hop dance team and her walks around Lake Lag, but she’s excited to reunite with her 50-plus farm animals and local ice cream joint back home.

Commencement 2016: Walks, Talks and Thanks

We have just what you need—17 lists of the fanciful and the fascinating.