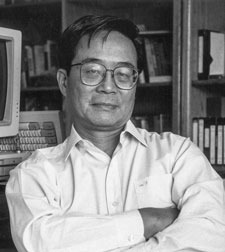 Harry Wu spent 19 years in Communist China’s forced-labor prisons—or laogai—where he was tortured, beaten and starved. During his imprisonment, he worked in coal mines, built roads and cleared land under brutal conditions. After his release, he moved to the United States and later spent several years as a research fellow at the Hoover Institution. But he never stopped speaking out against the appalling conditions of the Soviet-style work camps he had survived.

Wu died on April 26 while vacationing in Honduras. He was 79.

Born in Shanghai, Wu attended the Beijing Institute of Geology. In 1960, when he was 23 years old, he was arrested as an alleged counterrevolutionary and handed a life sentence. In prison, he had to forage for food in rat holes, withering to just 80 pounds, and his back and arms were broken in fights. In a 1994 interview, Wu recalled, “I forgot my dignity, future, freedom, everything. I surrendered. I cooperated with the wardens, and I beat fellow prisoners.” He added, “Heroes cannot survive the camp, the system. They are physically crushed right away.”

In 1979, three years after Mao Zedong’s death, Wu was released from prison. At 42, he immigrated to America with $40 and supported himself as an unpaid scholar at UC-Berkeley by working nights at a doughnut shop. He became a U.S. citizen in 1994, testified before Congress, lectured on college campuses and was a tireless critic of China’s so-called reform-through-work system. Wu returned to his homeland several times illegally to expose prison conditions there. In 1995, he was arrested and sentenced to 15 years, a move condemned by both houses of the U.S. Congress. Human rights activists joined the campaign for his release, and he was freed after 66 days in detention.

Wu founded the Laogai Research Foundation in 1992 and the Laogai Museum in 2008, both based in Washington, D.C., to educate the public about the horrors of the Communist regime and to honor laogai victims and survivors and political prisoners worldwide.

Ann Noonan, administrator of the foundation, said, “Some of my earlier memories of Harry Wu include his participation at a 1997 ‘Let Freedom Ring’ rally in D.C., where he spoke against Chinese prison labor and about the execution of laogai prisoners, and how families of the executed prisoners were told they were responsible for paying for the bullet. He testified at congressional hearings about China’s brutal and coercive one-child policy, the harvesting of organs from prisoners and internet censorship, all examples of his efforts to speak out for those who have no voice.”

Upon learning of Wu’s death, House minority leader Nancy Pelosi said in a statement, “Harry Wu will forever be remembered for his courage in confronting oppression, injustice and the brutal human rights abuses perpetuated against political prisoners in his native China. With his passing, the world has lost a global champion for freedom and democracy.”

Wu is survived by his son, Harrison.