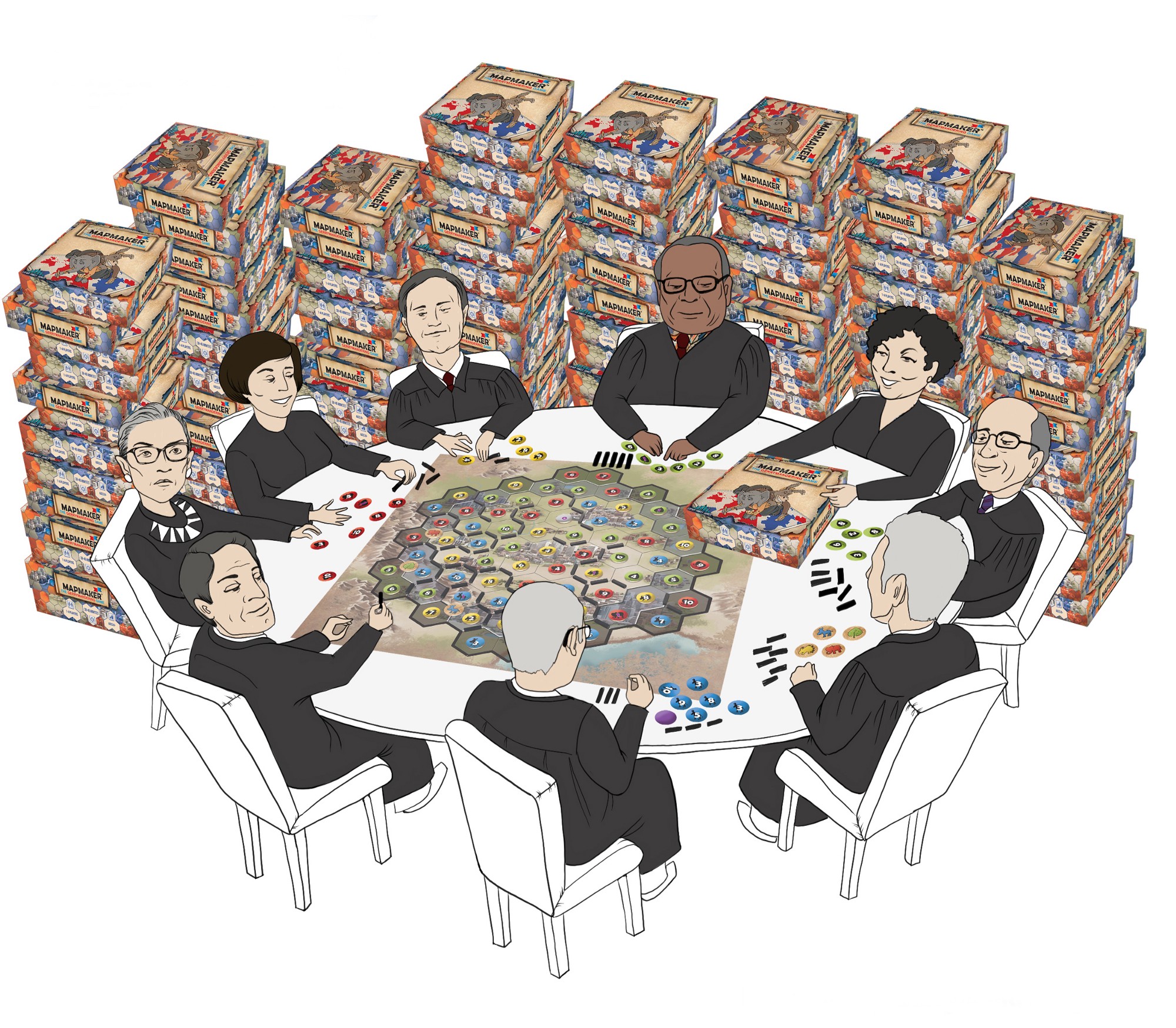 Gerrymandering isn’t a game. That’s the message that Louis Lafair, ’18, is trying to spread with Mapmaker, a board game he’s developing with his siblings, Rebecca and Josh.

Styled after Catan, their game of strategy prompts each player to assume the role of a political party trying to draw districts to its own advantage. Whichever player carries the most districts wins, with built-in “swing counties” breaking ties. Lafair says they intend the game to be fun, but also to educate players about the behind-the-scenes calculations that result in lopsided electoral maps. Each box will come with a warning label of sorts that notes the risks of the practice: “Voters should choose their representatives, not the other way around,” it states.

“We hope gerrymandering will become a household conversation,” Lafair says. “Gerrymandering is at the root of today’s partisan divide. Politicians in noncompetitive districts don’t have an incentive to reach across the aisle.”

After running a successful Kickstarter campaign this summer, which raised more than $65,000, the Lafairs expect to start printing and selling the game by early 2019. Their fundraising campaign encouraged sponsors to buy copies for their state legislators and governors as well as Supreme Court justices, all of whom control aspects of the districting process.

“I would love to see [Ruth Bader Ginsburg] and Neil Gorsuch play a game,”
Lafair says.

Nick Burns, ’18, is an editorial intern at Stanford.