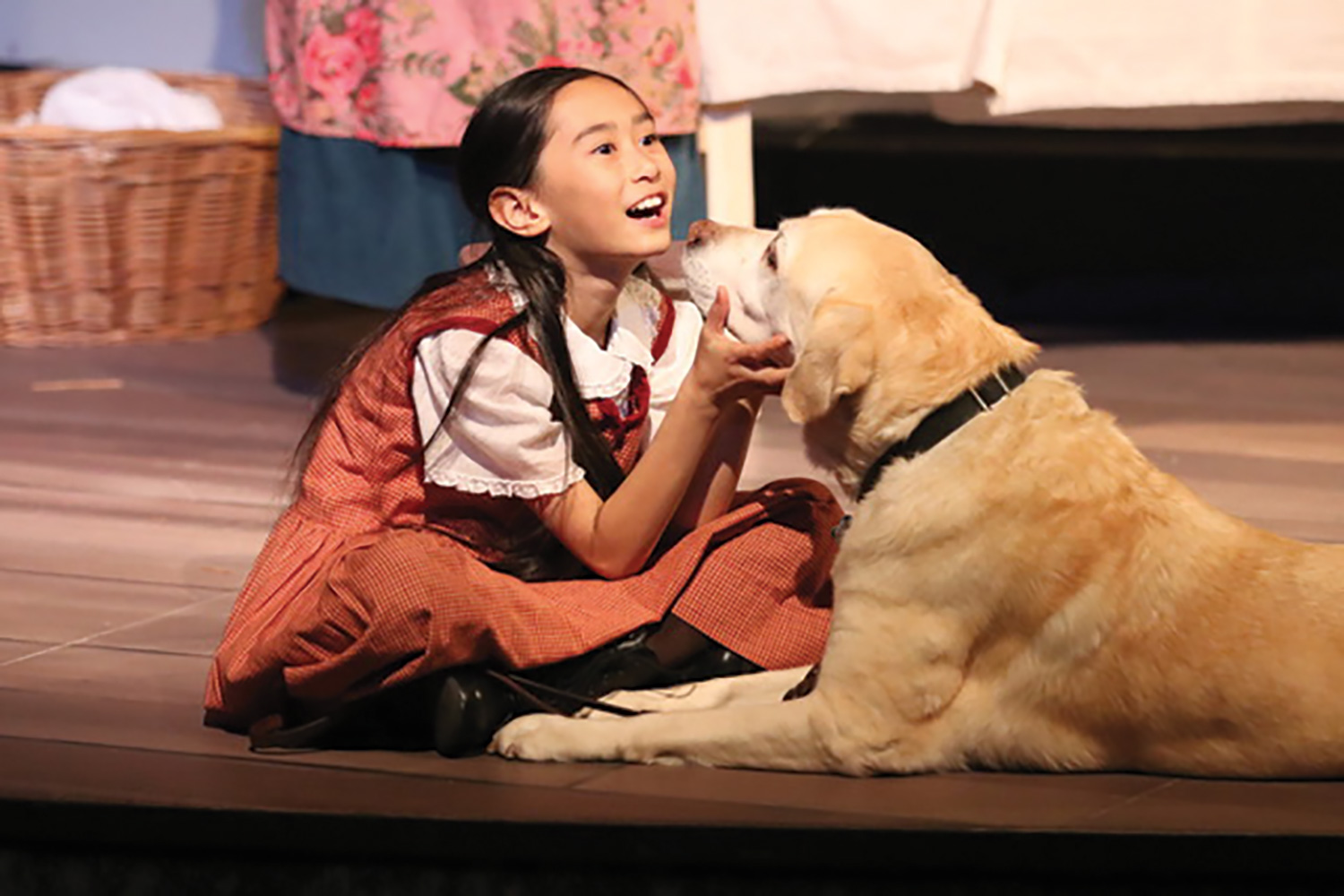 For nearly two decades, Michelle McGrew, ’86, and her husband, Darin, ’85, have frequented the Tabard Theatre in San Jose, where artists often pass around props and costumes to visually impaired audience members before shows. But in February, McGrew got her first behind-the-scenes experience thanks to her 13-year-old retired guide dog, Garvey. He made his onstage debut this year as Helen Keller’s pet in The Miracle Worker, which tells the story of Anne Sullivan’s relationship with her blind and deaf student. “Who knew he was lying under my chair all those times that we went to see shows going, ‘Someday I’m going to be up on that stage,’ ” McGrew says. McGrew learned about the production process as she accompanied Garvey to rehearsals, walked him on stage, and listened for sound and lighting cues. “You don’t think about all the work that goes into putting on a show.”