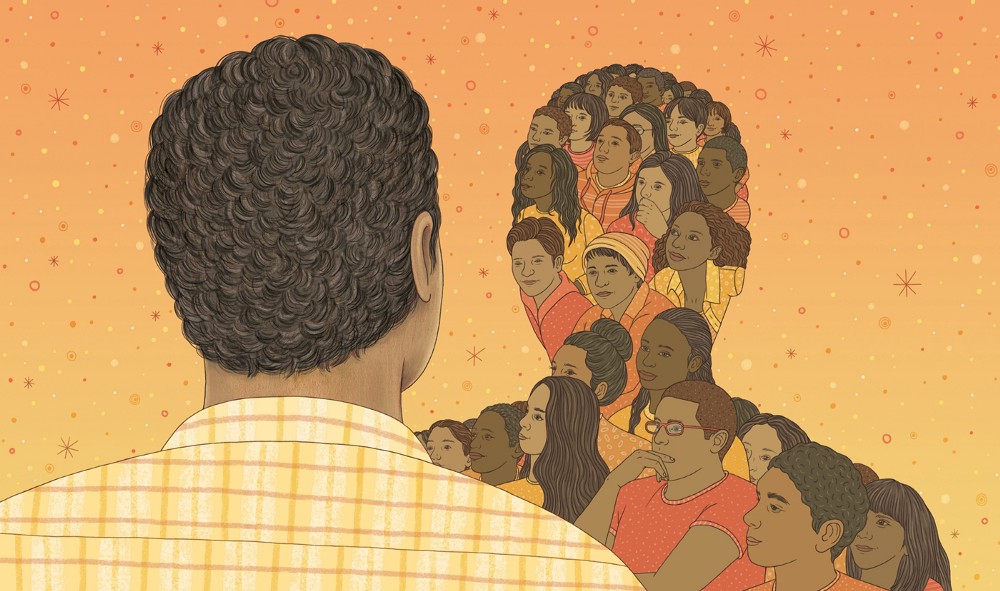 My freshman year, right after spring break, I spoke to a group of high school students who reminded me of myself: mestizo, low-income, and dreaming of one day making it to college. Their guidance counselor had reached out to Project Motivation, an organization on campus that organizes tours and student panels for low-income college-bound students. I spoke to them for a simple reason: When I was their age, no one had spoken to me.

As I told them about my life, I could see curiosity and gratitude on their brown faces. Had someone transcribed our conversation, I imagine it would have been the how-to guide my younger self had wished for to ease his worries about college.

Another panelist was mestiza and low-income. We were in different economic brackets, and her skin was shades darker than mine. Nonetheless, I deceived myself: While we were on that panel, I spoke as if we were long-lost twins, reunited at last.

“What was your favorite part of freshman year?” asked a student.

I struggled to remain composed, but my eyes betrayed me, as I imagined revealing to my younger self, never an avid reader, how I had been working through a book per week. He would have been delighted to hear how much his writing would improve over the course of a year.

I told them about Structured Liberal Education (SLE): conversations over dinner, life-changing lectures, discussions to stew over for days, history’s intellectual giants bearing down on me for the rest of my life. They joined me on a journey from Plato to Freud, from irreligiosity to Catholic guilt, from self-doubt to my first serious attempt at flirtation (I told her I was a Marxist), as I attempted to convey how much SLE meant to me. I wanted them to grasp the depth of respect I held for the residence-based academic program more accepting of me than any other affinity group on campus.

I did not care that melanin was all but non-existent in the pages of the “Western” canon. For I was Latin America’s native son, always poised to refute the thoughts of my colonizer. I hoped that by immersing myself in the canon I could learn to envision alternative readings of his intellectual framework, as if we were playing Jenga and each dislodged plank built up a different tower. In her book Borderlands/La Frontera, Gloria Anzaldúa termed this strategy “Liberation . . . not a way of life.” She meant that mestizos must carve out our own intellectual path — one distinct from the Western civilizations that had colonized our ancestors. I disagreed. Because SLE focused mainly on the “West,” it had given me the vocabulary I needed to make my future intelligible in a Western society.

The indigenous blood in the group before us hissed ‘race traitor’ at me with an intensity that grew the longer she spoke.

“Liberation, but not a way of life,” the mestiza woman sitting next to me said, warning the room in the undertones of her words.

In my caramel-colored skin, she must have seen speckles of white. My hair was not Mesoamerican jungle to her but a barely indigenized mass of European curly. Her disdain for me pierced through to the roots of my bloodline, bleaching it through sheer contempt. If my great-grandfather was criollo, hers must have been indio, brushing past on the way to Aztlán, too sure of his destiny to acknowledge my ancestor’s hope for the New World.

Had I known that I could be traded over to team Anglo as if I had been wearing the wrong jersey all along, I would have remained silent.

When my co-panelist spoke, I wanted to see my younger self gazing back at her with a smirk. But I didn’t. The indigenous blood in the group before us hissed race traitor at me with an intensity that grew the longer she spoke. Looking back at me was the boy who refused to play with the other mestizo kids at the park, whose mother wouldn’t let him walk in the barrios, whose Spanish rejected the dialects of a million agricultural workers, nannies and fry cooks for those of Paz, Neruda and G.G. Márquez. 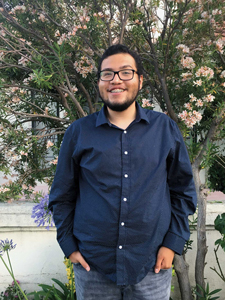 Miguel Samano, '19 (Photo: Miguel Samano)I have carried the load of the co-panelist’s disapproval from my first days at Stanford, when she introduced me to my ethnic community. She had been a student panelist then, too, and an academic coordinator at El Centro Chicano y Latino. The organizers of an academic skills program had brought her in to speak about her freshman year.

Before I had even written my first essay here, she had me doubting my right to belong in comunidad. She, an alumna of SLE, had denounced that program as the colonizer’s work with the insight only the children of the oppressed can lay claim to. We who have not had to witness the joints of our fathers creak like worn floorboards cannot pronounce on the West or its canon with much authority. Until we see the trickles of blood-darkened desperation gleam on the skin of each Concord grape, who are we to even speak?

Liberation, but not a way of life. I wondered if Anzaldúa had been trying to warn me that I was destined to face an intellectual death on equal footing with the physical one earned through backbreaking field labor. How many planks would I have to dislodge before realizing the tower of Western thought would not sink an inch?

Were I solely the salt of the earth, the dust that is always agitating up into angry gusts at the boots of my colonizer, I would be no more at peace with myself than a mestiza who decries an entire tradition of thought to uninitiated freshman humanists. A mestiza with clay baked onto her feet may come to forget that her soles are pale. In her fondness for one parent, she risks alienating herself from the love of the other.

The mestizaje requires that we know our criollo fathers as well as our indio mothers. If mestizos are to carve out a way of life over on the colonizer’s bank, they must learn to see, in Anzaldúa’s words, “with serpent and eagle eyes.” Mestizos must straddle the Rio Grande, hand clasped in hand with their forefathers on each bank. A dual heritage — the moral authority to act, coupled with the means and the power to do so — liberated Latin America. El hombre mestizo became the national symbol of Mexico, a country divided between a criollo elite and an indio working class.

The mestizo operates “in a pluralistic mode — nothing is thrust out, the good the bad and the ugly, nothing rejected, nothing abandoned,” Anzaldúa wrote. The Western canon and its accompanying history of dialectical thinking are my heritage from the Spanish colonization of the Americas. If I hope to become conscious as a mestizo, that inheritance must be as meaningful to me as the cosmologies and folkways of my indigenous ancestors.

A tiny but historic cohort of African American students entered Stanford on the vanguard of the civil rights movement. This is how it felt.

What ‘Ghost Particles’ Might Tell Us About Our Origins