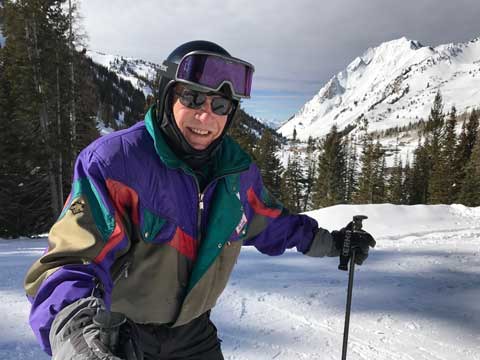 The “100-plus Ski Club” has gained a new member. On July 5, George Jedenoff, ’40, MBA ’42, celebrated his 100th birthday by skiing in Utah. A long, stormy winter extended the ski season at Snowbird Ski Resort, enabling Jedenoff to hit the summer slopes in view of friends, family and the press.

Jedenoff starting skiing in 1960 at age 43, when U.S. Steel Corp. transferred him from California to Provo, Utah. He developed a passion for the sport that propelled him to visit mountains around the world. To celebrate his 80th birthday, Jedenoff went heli-skiing in New Zealand.

The centenarian has skied every year for the past 51 years. Jedenoff credits his good health to his consistent exercise routine; he says he tries to work out for 45 minutes every day before breakfast. His advice to those who hope to become centenarian skiers is to take care of themselves: “You don’t have to be a saint, but try to live in moderation and watch your diet,” he says. “And, when you go out, don’t get discouraged if you can’t ski as well as you once could. The fact that you can just go out there and enjoy the weather feels great.”

For Stanford Softball, It's Turnaround Time

New coach Jessica Allister, a former Cardinal standout, aims to reprise the success she had at Minnesota.