Roundworms Live Longer on the Mediterranean Diet. Will People?

Plump worms that store monounsaturated fats in their guts fare better than their more svelte counterparts. 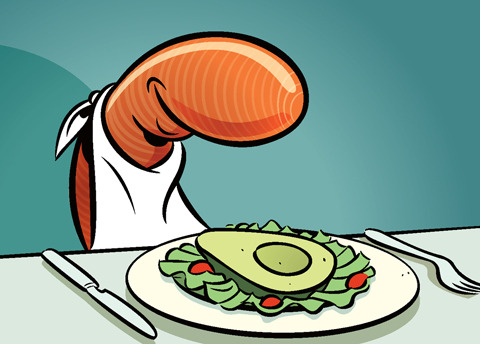 Pop quiz: Which roundworm will live longer, the chubby one or the svelte one?

If you’re thinking thin, you’re not alone. But roundworms on the vermian equivalent of the Mediterranean diet live longer than their counterparts that don’t store monounsaturated fats in their guts, according to recent research led by genetics professor Anne Brunet. And, yes, they also look “more plump,” says Brunet.

Brunet’s team had previously established that worms lacking activity of a protein complex called COMPASS lived about 30 percent longer than their peers. They wanted to know how COMPASS might interact with metabolic changes to affect life span. The latest study showed that worms without COMPASS activity accumulated monounsaturated fats in their intestines.

In what could be good news for those who enjoy olive oil, avocados and nuts, the researchers also found that the worms’ life span could be increased simply by feeding them monounsaturated fats. Many animals share similar patterns of fat metabolism, so the findings could also extend to other species, including humans.

“Whether increasing monounsaturated fats could drive long life in species other than worms is something we are very interested in looking at,” says Brunet. “This study has opened up that exploration.”