Admired for His Wit and Kindness 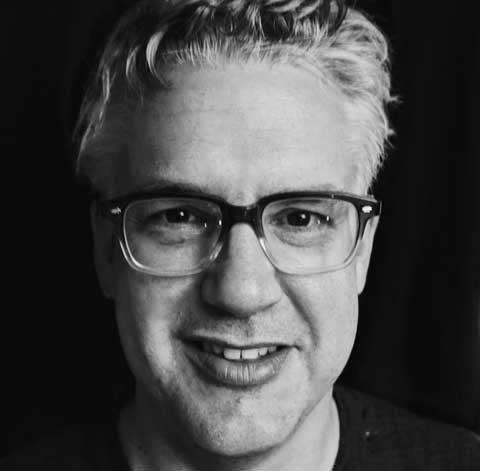 Marsh McCall summed it up himself, briefly, because brevity, to some degree, was his stock in trade. His specialties, he wrote on LinkedIn, were “No skills with any application to normal jobs that are useful to society.” His thumbnail sketch of his career in TV comedy read, in part: “Some shows were funny, others not. Some of the funny ones died quickly, some of the not funny ones did quite well. So maybe the problem is me.”

He was born in Boston and grew up on campus at Stanford, where his eponymous father was a classics professor. An English major, McCall started out as a reporter at the local Peninsula Times Tribune. Others in the newsroom appreciated his affable wit. “He was able to poke fun without being malicious,” says Mark Simon, a former colleague. And McCall took as good as he gave: When he was casting about for a name for his band (he played keyboards and guitar), someone suggested Pudgy White Boys. He wasn’t one to take offense.

In 1993, McCall got his break after he submitted ideas for sketches to Late Night with Conan O’Brien on a sheet of legal-pad paper. He became one of the show’s original writers. When he later saw a box packed with hundreds of submissions from his competitors, he couldn’t imagine how he’d landed the job. It turned out to be a perfect match for his quirky sense of humor.

McCall became a writer and then executive producer for Just Shoot Me! He was a co-executive producer of Netflix’s Fuller House when he died. Other shows he worked on include The Naked Truth, Men at Work, I’m with Her, Twenty Good Years and Ruby & the Rockits.

McCall got along with everybody, which explains, says his brother Tom, why he had a hand in so many different shows. He was sought after not only for his writing, but also for his ability to bring people together and find a place where everyone could shine. His own style was elliptical and pithy, with a sense of restraint. He had
a great sense for what was going to last and took playful delight in the everyday business of living.

In an August 2013 Shouts & Murmurs essay for the New Yorker, “Ten Items or Less,” McCall tried to pin down what love is in his own whimsical way: “It’s about accepting that we’re here on this planet for a mere whisper of a moment, and that what might give our existence some meaning is
a little compassion and patience when a man with fourteen items in his basket realizes he forgot ketchup. So sorry—I’ll be right back.”

McCall is survived by his wife, Jasa, and daughter, Stella.