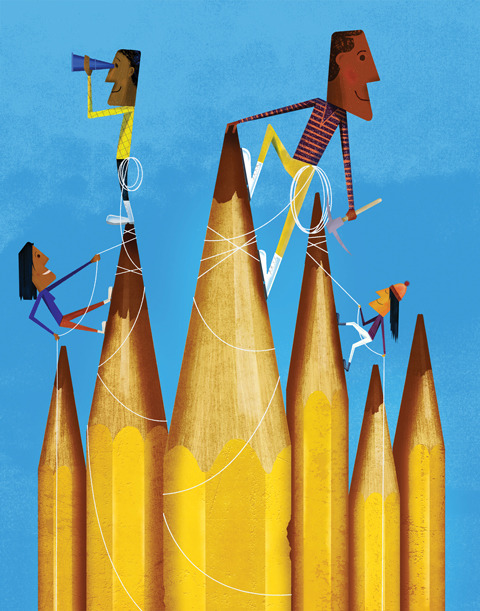 They’re good enough, they’re smart enough, and if they spend a little time writing about what matters most to them, Latino and African-American middle schoolers may be more likely to stay on the path toward college, according to a study led by professor of education and of psychology Geoffrey Cohen.

At stressful times during the school year, the middle schoolers underwent a self-affirmation exercise: They were asked to identify what they valued most — say, family, sports or music — from a list of 12 options and to write a few sentences about the two or three most important to them. A control group was asked to choose and write about values held by a friend.

“Middle school is a really important time because it coincides with adolescence,” says lead author J. Parker Goyer, a postdoctoral scholar in psychology. “People are malleable and undergoing a lot of change.”

A tiny but historic cohort of African-American students entered Stanford on the vanguard of the civil rights movement. This is how it felt.

a great editor. And Morgan Entrekin has published and edited some of the best.