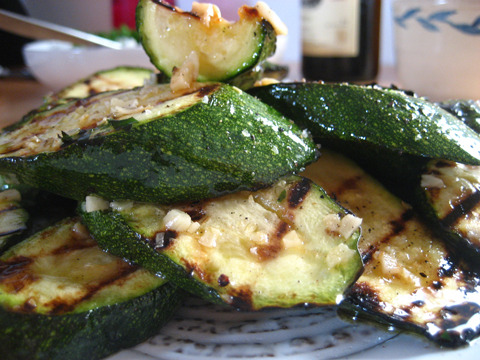 Want to make vegetables as irresistible as they are healthful? Try drizzling them with sumptuous adjectives.

A Stanford study finds diners are far more likely to load up on veggies described in decadent terms than on those described by their health benefits. Indeed, emphasizing a food’s nutritional upside can drive eaters away.

Perhaps not surprisingly, diners were far more interested in the food described in indulgent terms, which were lifted from the menus of chain restaurants like Olive Garden and Chili’s. But less obviously, eaters also favored basic grub more frequently than food boasting of its healthfulness.

The results controvert conventional marketing practice. A related study found that top-selling chain restaurants describe their healthful offerings with less appealing, less tasty and less exciting language than they use for their standard fare.

“It is so our intuition to describe healthy foods in terms of health,” says doctoral student Brad Turnwald, lead author of both studies. “It’s just a problem because people are motivated to pick something that is tasty more so than something that’s healthy.”

Turnwald worked on the studies with Alia Crum, an assistant professor of psychology whose previous research showed how labels have the power to affect our bodies’ reactions to food.

The latest findings suggest a simple, low-cost tactic in the fight against obesity. “Changing the way we label healthy foods is one step toward changing the pernicious mindset that healthy eating is depriving and distasteful,” Crum says.