The International Space Station is a busy scientific laboratory orbiting 250 miles above the surface of the earth. Each astronaut on board has a jam-packed daily schedule of maintenance, meetings, experiments and exercise. They could really use a few assistants.

Enter Bumble, Honey and Queen, three 12½-inch cubes that are anything but square. Since July 2019, the trio of flying robots, designed to make life easier for the space station’s human occupants, has been hard at work helping ISS crews in orbit. Individually, they are autonomous; collectively, they are known as Astrobee.

Each multipurpose cube (they’re identical, save for the paint color) can monitor internal cabin radiation and air quality, take photos and send images back to ground control, track down lost objects and haul equipment around the station. They also act as research assistants, taking inventory and logging experiment data. Each cube has a gripping arm and multiple ports so that scientists can design their own Astrobee plug-ins when carrying out research.

Bualat and her team made sure the robots were adaptable enough to accommodate experiments and research needs scientists haven’t even thought of yet.

Astrobee’s chief architect back on Earth is Maria Bualat, ’87. As the head of the Intelligent Robotics Group at NASA’s Ames Research Center in Mountain View, she shapes the future of intelligent machines capable of performing in the extreme environments of outer space.

Bualat has been laser-focused on her career path since middle school, when she chanced upon an article in the San Francisco Chronicle about women scientists at NASA. “At the time, I liked science fiction,” Bualat says. “This was pre-Star Wars, even. Star Trek was in reruns on TV.” As a senior at Stanford, she met with a NASA recruiter on campus, and one month after graduating, she reported for her first day of work at Ames.

Her first assignment was to a division focused on computer science. She got her master’s degree in electrical engineering at Santa Clara University while working at Ames full time. Then, in the mid-1990s, NASA’s robotics laboratory down the hall drew her curiosity. 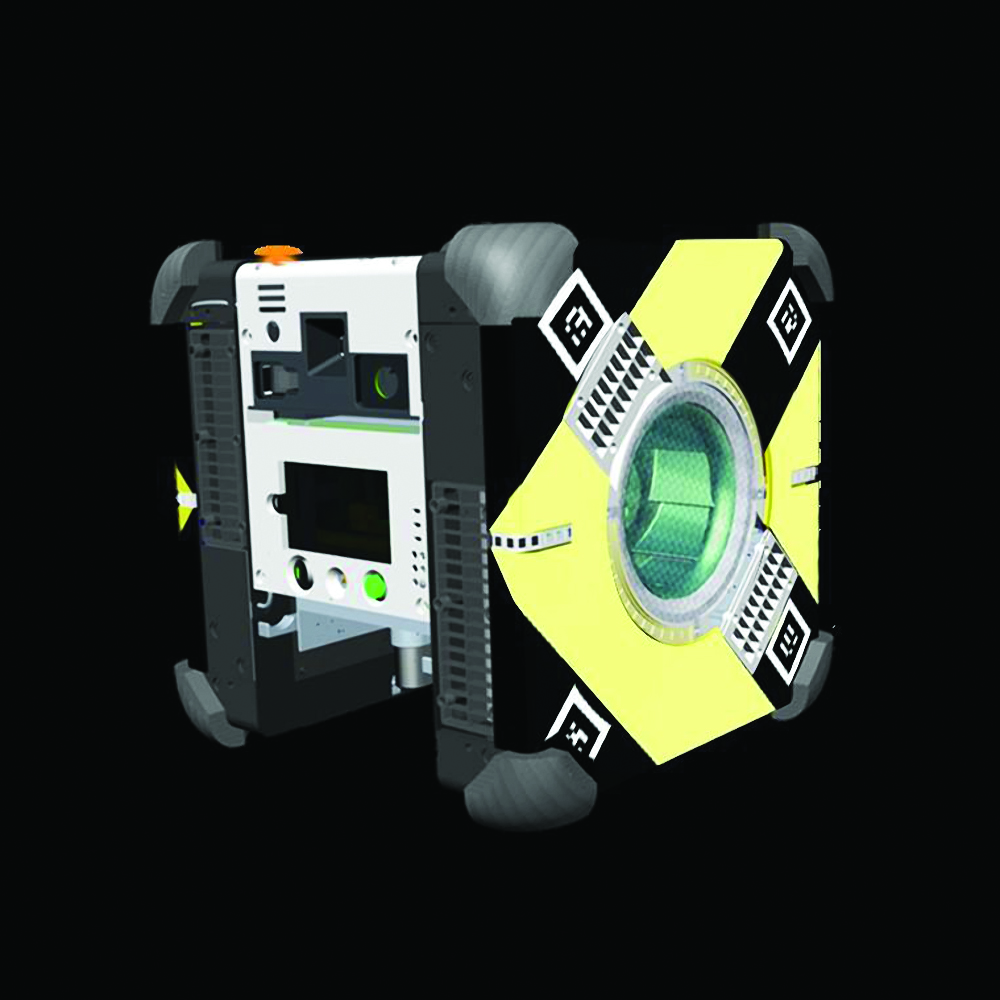 “I saw some of the projects they were working on and was like, cool. I want to do that,” she says. She moved over to the Intelligent Mechanisms (now Intelligent Robotics) group, where she’s been ever since. After stepping into the deputy lead role in 2005, she was named its chief in November, becoming the first woman to head the group in its 30-year history.

Bualat and her team spend a lot of time field-testing robots in rocky deserts and other harsh landscapes with topography similar to the moon and Mars. In Astrobee’s case, however, designing for zero gravity presented a different set of challenges.

The robots can’t carry flammable fuel for safety reasons, and must be able to navigate independently without smacking into an astronaut or equipment. The propellers have to have enough thrust to move the cubes efficiently around the spacecraft, but not so much to risk crashing into a window. Every component that an astronaut might need to remove needs a special holder or fastener, so that screws don’t merrily drift about the spacecraft during zero-gravity repairs.

Already Astrobee has been used to test the SoundSee, an intelligent microphone system by Bosch and Astrobotics that’s designed to analyze noise aboard the spacecraft and diagnose maintenance problems. NASA has also outfitted the robots with a plug-in radio frequency identification (RFID) reader, so that the machine can fly around the station and take inventory of other RFID-tagged tools on board.

This year, the robots are scheduled to test out a set of sticky appendages designed by Stanford’s Biomimetics and Dexterous Manipulation Laboratory, led by mechanical engineering professor Mark Cutkosky. The grippers are covered in an adhesive material inspired by the surfaces of gecko feet, and are intended to help astronauts capture free-floating objects in space. If the material is able to withstand separate tests in the extreme temperatures of space, it could be used to develop new tools for collecting and clearing away space junk that would otherwise threaten spacecraft safety.

The verdict after Astrobee’s first few months, Bualat says, was that it makes just the right amount of sound.

NASA’s support of the ISS runs through 2024. Given that the Astrobee will remain in orbit for as long as the station does, Bualat and her team made sure the robots were adaptable enough to accommodate experiments and research needs scientists haven’t even thought of yet. All of the robots’ code is publicly available on GitHub, and it’s built on top of a standard framework known as the Robot Operating System (ROS) that’s already familiar to most roboticists.

“Astrobee serves as a great platform for testing technologies,” says Abhishek Cauligi, MS ’18, a doctoral candidate in Stanford’s aeronautics and astronautics department who worked on the gecko grippers. “For integrating our gecko-gripper software, we just had to add a few additional ROS commands on the Astrobee software stack, which is a relatively straightforward effort.”

The technical wizardry matters, obviously. But to function effectively with human collaborators in space, a good robot assistant also needs to be a comfortable companion in close quarters. Navigating the mostly uncharted territory of human-robot interactions is, to Bualat, one of the most interesting parts of the job.

“A big deal with human-robotic interaction is getting people comfortable working with the robot, even beyond the idea of safety,” Bualat says. For example, prior to Astrobee’s launch, astronauts were concerned that the robots’ internal navigational cameras would threaten whatever little privacy they have aboard the ISS. Bualat’s team reassured the crew that while the cameras are necessary for the robot to fly, the images don’t need to be saved or shared. And when astronauts choose to use the robots’ cameras to stream video, Houston’s Video Control Center reviews it before distribution.

There was also the issue of noise. If the machines made too much sound as they carried out their tasks, they’d be an inescapable annoyance. But astronauts also didn’t want a completely silent robot that could creep up on them without warning. (The verdict after Astrobee’s first few months, Bualat says, was that it makes just the right amount of sound.)

“Think about the challenges associated with this,” said Air Force Col. Nick Hague, an ISS flight engineer who worked with Astrobee aboard the station, at a talk at Samsung’s San Jose campus in February. “It’s a free-flying robot inside a [spacecraft] where what’s on those walls changes on a daily basis. What’s on the ceiling, what’s on the floor—everything is constantly changing, and so it’s having to learn its environment and figure out how to interact with people like me to get its job done.” 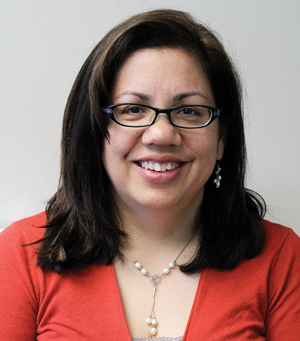 As valuable as the tool is now, its future role could be even greater, Hague said: “This is going to help us with what we know about robotics on the ground, but this is really going to open it up for us when we start going to the moon.”

In fact, Bualat’s team is now absorbed with the creation of Integrated System for Autonomous and Adaptive Caretaking, or ISAAC. This autonomous robot will debut on ISS, but its ultimate destination could be the Lunar Gateway, NASA’s forthcoming solar-powered space station that will orbit the moon and serve as a base for lunar explorations. During phases when Gateway has no human crew onboard, a system like ISAAC could serve as its robot caretaker, holding down the fort alone while the station hurtles through the dark sky.

Which is just how Bualat likes it. Space travel isn’t part of her job description, nor does she have any aspirations to it: “I’m perfectly happy to stay on the surface of the Earth, thank you.”

Corinne Purtill, ’02, is a writer in Southern California. Email her at stanford.magazine@stanford.edu.