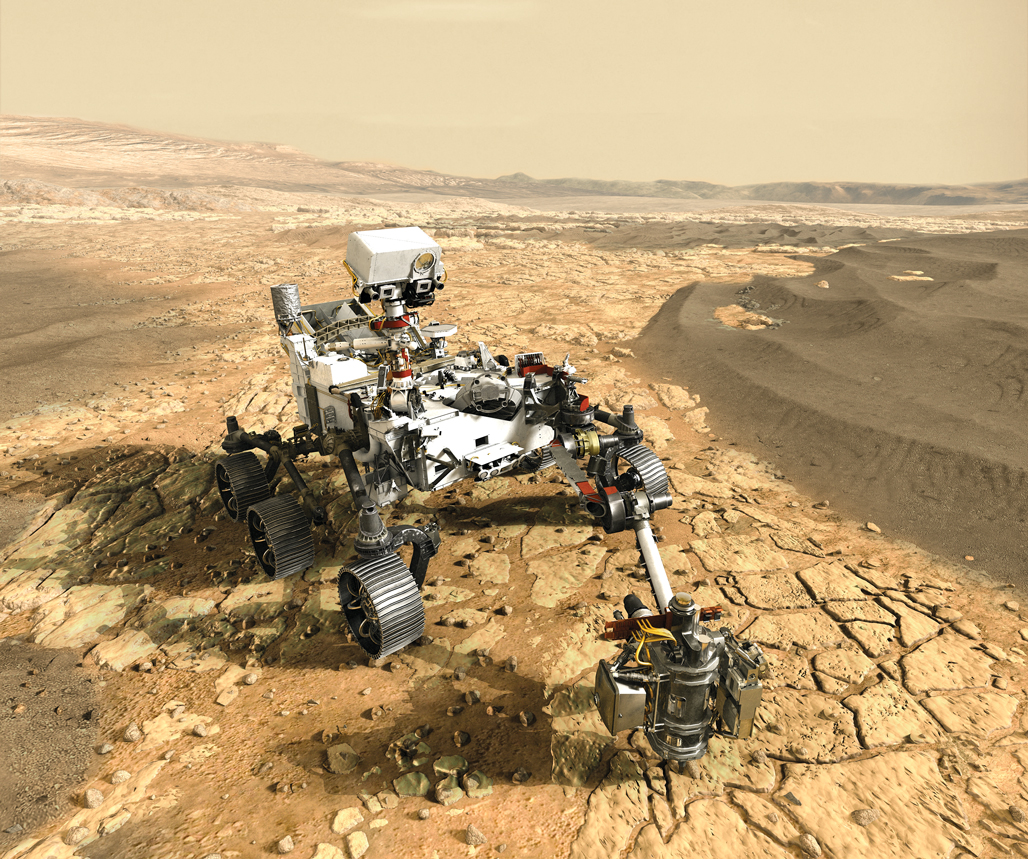 There wasn’t much mystery about where young Phillip Hargrove, ’14, was headed in life. He obsessed about planets in grade school, attended Space Camp in summers, and even had a Lego version of the Mars rover Opportunity. Which is all to say that July 30, 2020, was a personal date with destiny. That’s when NASA launched its Mars 2020 mission, complete with a new rover, an unprecedented helicopter, and a scope of experiments focused not only on finding signs of life on Mars but also on enabling human visits someday. It was Hargrove’s first launch at NASA as a member of the mission. As a trajectory analyst, he helped set the rover on its 293-million-mile voyage. “It’s just super exciting to know like, hey, I had a tiny piece in that,” says Hargrove, one of several Stanford-affiliated scientists and engineers working on different aspects of the mission. 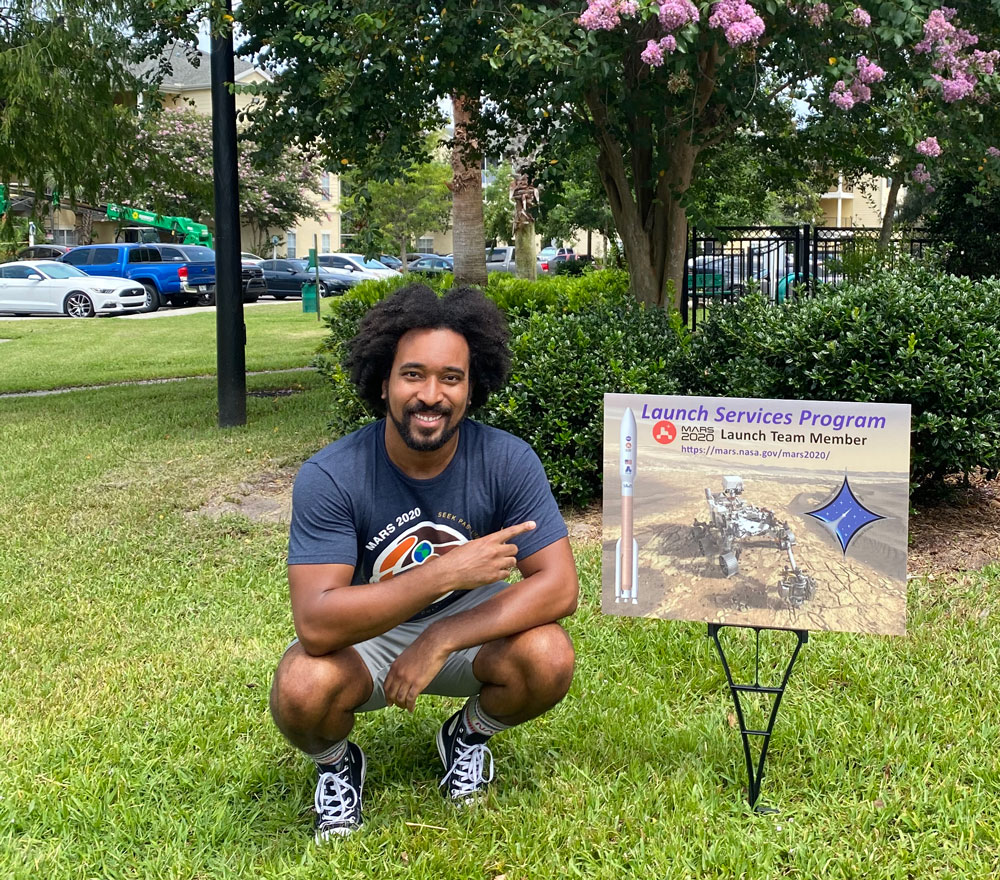 Mars landings are notoriously difficult. As of this writing, Perseverance (aka Percy) was due to reach the red planet in mid-February, touching down on its six wheels before embarking on a martian year of activity, about 687 Earth days. 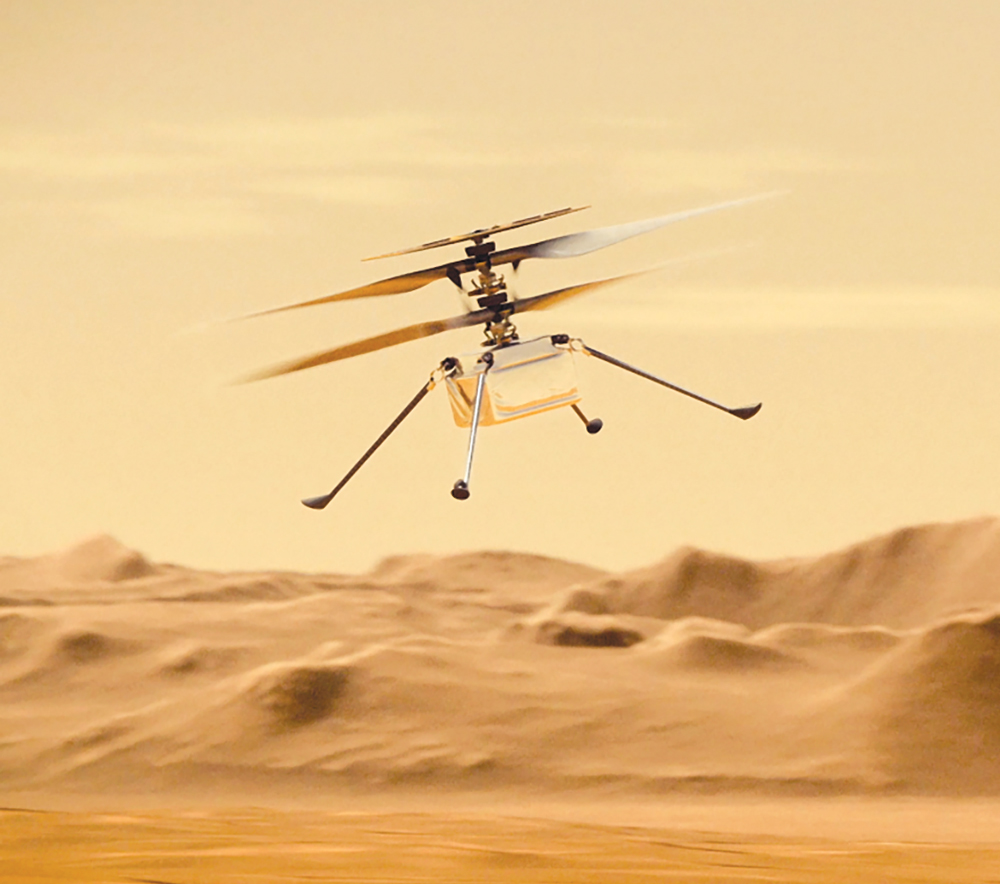 The drone Ingenuity was designed to fly in Mars’s thin atmosphere. (Photo: NASA/JPL/Caltech)

To enable human exploration, Percy contains an experiment for converting Mars’s abundant carbon dioxide into oxygen, much as a tree does. An Earth-bound rocket would need 40 tons of oxygen propellant to get home, says principal investigator Michael Hecht, PhD ’83. Better to make it there than to lug it.

The 2,260-pound rover will explore Jezero Crater, a former lake, for signatures of ancient life. Its findings could change how we perceive our place in the universe, says Marco Pavone, assistant professor of aeronautics and astronautics, who helped develop algorithms to optimize the landing spot on Mars.

Percy will sample martian rock for return to Earth, a tantalizing prospect that will answer questions we don’t even know to ask yet, says Janice Bishop, ’87, MS ’88, senior research scientist for the SETI Institute. Alas, retrieval is at least a decade away. “We will have to be patient,” she says.