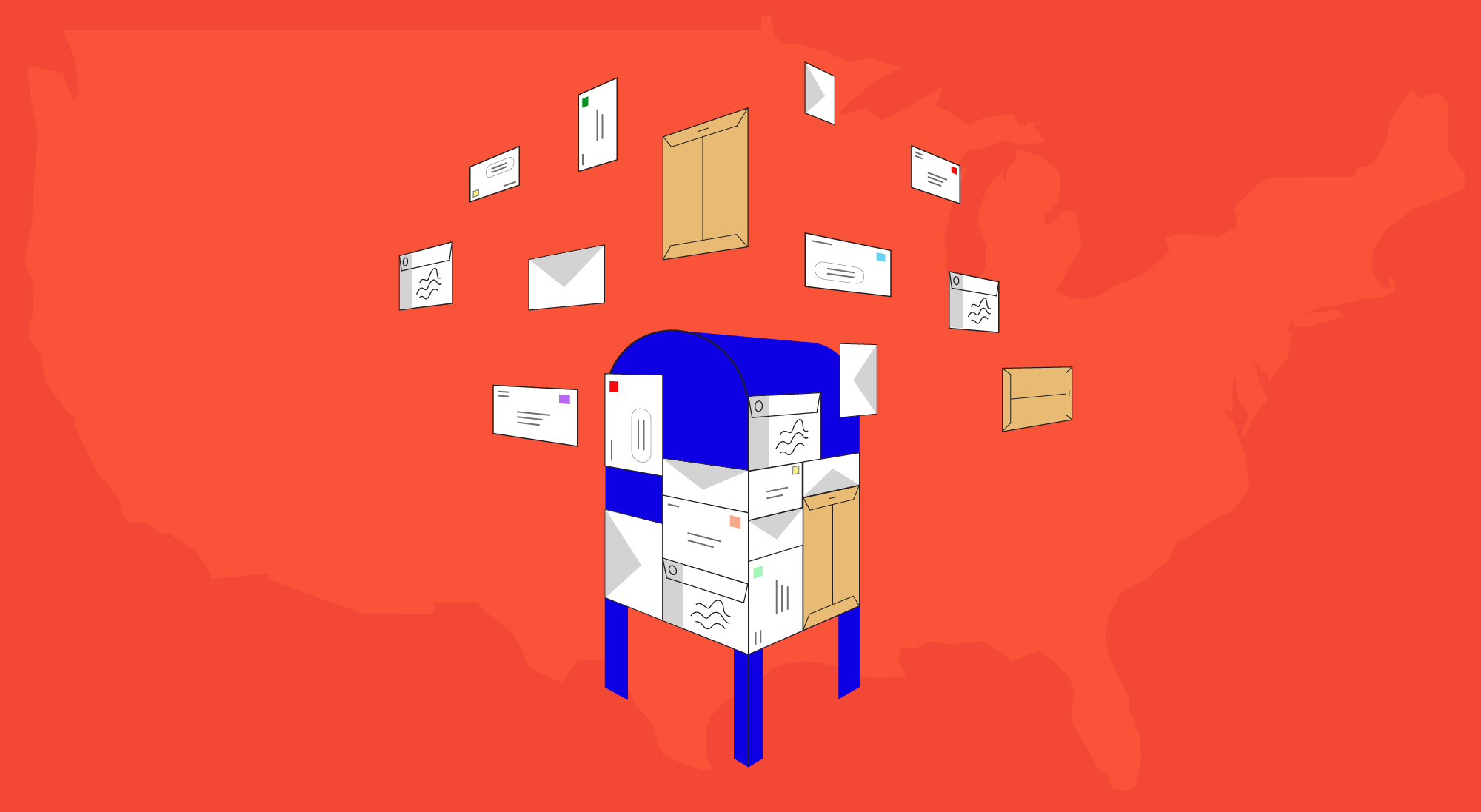 In 2020, the U.S. Postal Service handled more than 129 billion pieces of mail. Though that number is 78 billion less than it was in 2000, mail and package delivery has taken on new significance during the pandemic. Add controversies over its funding and an election that turned on millions of mail-in ballots, and the unassuming USPS—often disregarded by many Americans—has lately found itself the subject of attention.

“What I’m seeing is a realization amongst many Americans of just how ubiquitous and important this institution is in their lives in ways that are very, very easy to take for granted,” says Cameron Blevins, PhD ’15, associate professor of history at the University of Colorado Denver. “A lot of the debate around the U.S. Postal Service today rests on the false assumption that the postal service should operate like a private business,” he adds. And recognizing how unstable this system has been from the beginning is part and parcel of the conversation.

In his forthcoming book, Paper Trails: The US Post and the Making of the America West, Blevins examines how the postal service operated as a crucial expansionist arm of the federal government and a signal of the growth of state power. Using data on more than 100,000 historical post offices, Blevins, who teaches courses in digital humanities, traces our modern questions about mail and postage back to a complex and unstable network established across the 19th-century American West. In 1901, the United States was operating 76,945 post offices—five times the country’s current number of McDonald’s restaurants and, at the time, the most expansive national postal system in the world. (Today, that title goes to India. The U.S. currently has about 30,000 post offices.)

Since its founding in 1792, the U.S. postal system has been “very much dedicated to providing accessible and cheap access to the mail, no matter where you live,” says Blevins. But just how that universal access to postage has been provided is distinct from the way any other arm of government operates. Most of the time, the power of the federal government can be thought of in two ways, Blevins says. One is as a coercive force: “being able to use violence, the threat of violence, to do things like violently remove Native people from the West; the U.S. Army’s going out, fighting, killing, removing Native people, forcing them onto reservations, or compelling American citizens to follow regulations.” The other is as a bureaucracy—“this kind of top-down, centralized institution building,” he says. But the early structure and expansion of the USPS didn’t fit either of those models.

‘I think there are ways in which the system does need to be reformed, but the idea that it should somehow be running as some kind of streamlined business just doesn’t really make any sense.’

Instead, it was what Blevins calls a gossamer network, in which the federal government could quickly graft a new postal system onto existing private infrastructure in the remote West. “Gossamer is a kind of light, weblike material that’s being spun out,” says Blevins. “It’s shimmering and ephemeral.” Using digital humanities methodologies—maps, graphs and archival research—and a trove of detailed information from a lifelong stamp collector he stumbled across, Blevins mapped the rise and fall of Western towns by the appearance and disappearance of post offices. “Your local store owner would receive a $12 commission from the federal government to sort and distribute mail to you and your neighbors,” he says. “Or a stagecoach company would get into temporary contracts—you’d toss in a bag of mail along with passengers and freight.”

Even as the government relied on a layer of private businesses to deliver mail to remote locations, the nationalized post ensured that a letter would cost the same for someone living in the rural borderlands as it would for a city dweller in New York. Telegrams existed at that time, and there were other ways to send parcels—much like FedEx and UPS today—but they were expensive, and there was no guarantee they’d deliver in your area.

“If you wanted to try to send [a letter] to a middle-of-nowhere, southwestern Colorado mining camp, Wells Fargo may not have operated a stage line there, because they had no mandate to do so,” says Blevins. But the U.S. post was a service, and, as such, it would operate even in places where doing so was unprofitable.

These characteristics, Blevins says, enabled massive, rapid expansion. Between 1848 and 1895, approximately 24,000 Western post offices were established by the U.S. federal government. But those post offices could disappear just as quickly as they surfaced in the landscape of the boom-and-bust system of the American West. “In a mining camp in south-southwestern Colorado, within a matter of months it has a post office up and running. People are able to get their mail,” says Blevins. “But the post office is run by the local general store owner; maybe he takes out too many loans and ends up going bankrupt, and then the post office disappears. And so [post offices are] this kind of ephemeral system that’s super lightweight—it’s not this big bureaucracy.” 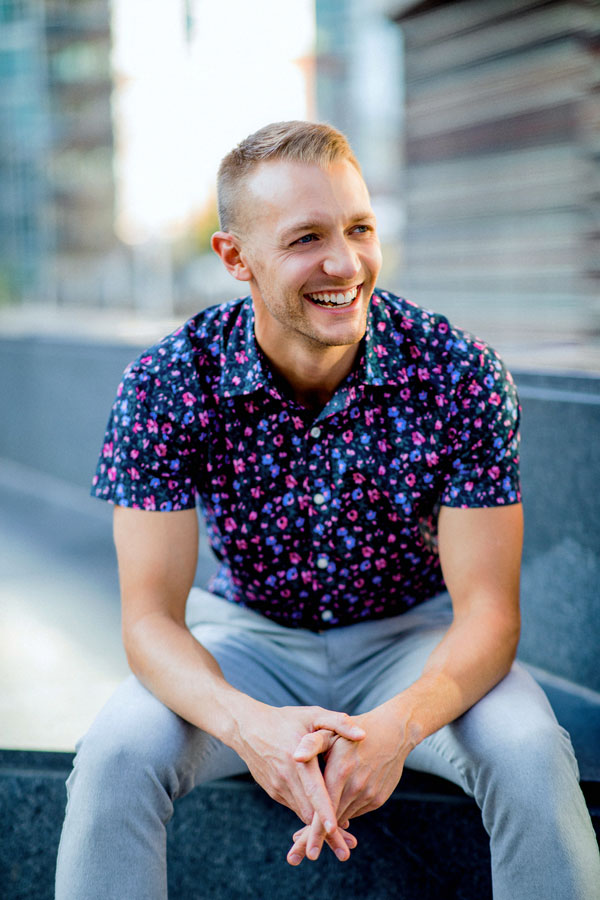 Even if it was unstable and constantly shifting, Blevins says that the 19th-century postal system eventually became the infrastructure that helped entrench federal power and sovereignty. “The ability to move super quickly into all these new places actually helped accelerate the process of settler colonialism,” says Blevins. The way the U.S. government and American settlers overturned Native sovereignty and occupied lands in the West could, according to Blevins, be traced back to the postal system and its 19th-century roots. If you were a miner, “you were a lot more likely to move to that place in southwestern Colorado if you know that you can still get letters from your friends and family at home or subscribe to newspapers from across the country,” says Blevins. “So it’s really this kind of underlying infrastructure that is helping accelerate this process.”

But the USPS was never meant to generate revenue. “It was meant as a public service,” said Blevins. In 1818, its expenses first exceeded $1 million, and thereafter, the USPS has been lucky to break even. Even so, with the 1970 Postal Reorganization Act, Congress declared that taxpayer funding could no longer be used to support the postal service. “It needs to be entirely self-sustaining, charging whatever postage to cover the costs of its operations,” says Blevins. “The problem, of course, is that it isn’t a fully private business—it still has this public mandate. Congress basically said, ‘You can’t have any taxpayer money, but you also need to provide service everywhere, and you’re not allowed to shut down post offices in rural towns.’ So [the USPS] has been hamstrung. [It’s been] given this mandate to be fiscally self-sustaining while also providing a universal public service.”

Further legislation required the USPS to prefund retirement benefits for its employees—at a cost of approximately $1 billion each year. And in a wired world, the amount of first-class mail sent is half what it was in 2001. So yes, Blevins says, the USPS is struggling. “I think there are ways in which the system does need to be reformed, but the idea that it should somehow be running as some kind of streamlined business just doesn’t really make any sense,” says Blevins.

‘In a mining camp in south-southwestern Colorado, within a matter of months it has a post office up and running. People are able to get their mail.’

Which leads us to 2020, a pandemic and an election that put a chronically underappreciated service in the spotlight. Blevins believes a fundamental examination of the USPS is needed. “I don’t put much stock in the idea of, like, ‘Oh, we just need to stick to what the founders thought it should be.’ I don’t particularly care about that. I can tell you what they thought it should be. But ultimately, it’s not 1787. We need to decide: Do we want this to be a public service that is publicly funded, or do we want it to be a privatized system—you know, a lot of countries in Europe have this—that can charge as much as it wants? That can provide mail service wherever it wants? We have this kind of Frankenstein combination of both that I don’t really think is working for anyone in some ways, despite the fact that I think it is really successful, and, as all these public opinion polls show, [it’s] one of the most popular government services.”

Those decisions require an understanding of the infrastructure that has kept the mail coming in every corner of the United States. “I think today,” says Blevins, “you really are starting to see people who realize, ‘Yeah, I took for granted that I could send something for 55 cents, and three to five days later, it shows up 2,000 miles away.’ That’s kind of remarkable, right?”

Elizabeth Lindqwister, ’21, is an editorial intern for Stanford. Email her at stanford.magazine@stanford.edu.