A pioneering course considers the region from all angles. 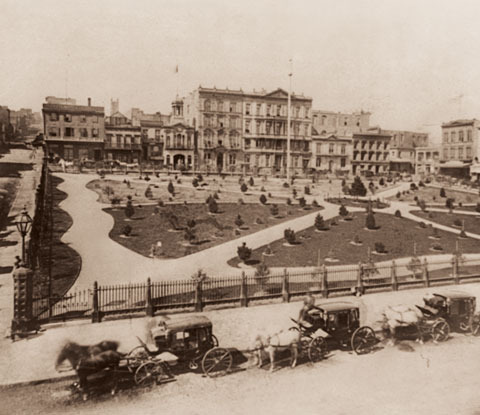 If you pick classes as if you're choosing from menus, The American West is where you go for fusion. Besides blending history, geography and politics with art and culture, the spring course brings together five noted professors in what amounts to an interdisciplinary banquet.

Bruce Cain is from political science, Shelley Fisher Fishkin from English, David Freyberg from civil and environmental engineering, David M. Kennedy from history, and Alexander Nemerov from art and art history. Each lecture session is usually apportioned among three of the professors, but there are periodic discussion segments in which they all participate.

"The class functions as a constant conversation," says Kenna Little, '17, an American studies major. "The professors are all speaking from such different points of view, but they also pick up and continue from what the previous one said."

The range of issues is potent, with discussions spanning Native American experiences, the role of Chinese railroad workers, immigration, water policy and the emergence of the high-tech economy. But perhaps even more intriguing are some of the jump-off points: the art of Georgia O'Keeffe, Hollywood's The Man Who Shot Liberty Valance, the music of Johnny Cash and excerpts from black California writers dating to the 19th century. Readings extend from Mark Twain to stories from Sioux holy man Black Elk to the history of Silicon Valley.

"I have an interdisciplinary PhD—in American studies from Yale—and have tried to do interdisciplinary work during my entire career," says Fishkin. "But never before have I been involved in a teaching experience as genuinely multidisciplinary at its core as the American West class."

Kennedy, a Pulitzer Prize winner in his field, says, "This may be the most ambitiously multidisciplinary course on this or any other campus." The course just completed its second year, and the back-and-forth between professors may be making as much impact on Kennedy as on any student. "Just speaking for myself," he observes, "teaching this way provides a rare opportunity to fuse teaching and learning in one common enterprise."

For Freyberg, "What makes five professors from different corners of academia work is that we have committed to attending every class, whether or not we are presenting, and that we have organized the course around themes, on which all disciplines have something to say."

Any given lecture session can range from the meticulous—Freyberg defining aridity, for instance—to the iconic, such as Fishkin quoting from author Edward Abbey's environmental classic, Desert Solitaire. A single image, in this case Cash's sympathetic pose for the album cover of Bitter Tears: Ballads of the American Indian, is powerful material for Nemerov in discussing how society denotes the West's history. And for many of the undergrads, much of the course's subject matter is completely new.

Zack Gold, a marine biology major who graduated in June, grew up in Southern California but found the course "eye-opening." He looks back on what he knew going in as only "the mythology of the West"—as a vast, empty area that needed taming by settlers from the East. "I had a perspective without an understanding of the native cultures that already were here." 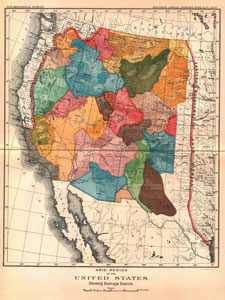 For Fishkin, Gold's reaction is especially on point. Part of her emphasis is on the way diversity has shaped the West—"African-Americans, Chinese-Americans, Japanese-Americans, Mexican-Americans and Native Americans, as well as Euro-Americans, (and) by women as well as men." The context for many of the influences on the region derives from a geographical division of the United States based on the 100th meridian. Migration, climate and economics have distinctive characteristics based on this boundary, which plays to the varied expertise of the course instructors.

Amid all the different viewpoints, research and analysis, what might be the biggest takeaway for students? Cain knows what he'd like it to be.

"Above all," he says, "I hope that they enjoy the class. In this age of instrumental learning aimed more than ever at getting a job and making money, I hope we spark intellectual curiosity and a joy of learning and seeing things in a new light."

Kennedy goes a bit further, envisioning the potential of a lasting impact. His hope for the students who end up making their lives in the West is that they will have "a commitment to be sen­sitive stewards and well-informed, effective leaders in the region when their time comes."

Hennessy to Step Down

The powerful pull of experiential learning.