CRITICAL MASS: Professor of biology and of geophysics emerita Joan Roughgarden created this panorama of king penguins while traveling to South Georgia Island in the South Atlantic Ocean, a major breeding spot for the species. Photo: Joan Roughgarden

CRITICAL MASS: Professor of biology and of geophysics emerita Joan Roughgarden created this panorama of king penguins while traveling to South Georgia Island in the South Atlantic Ocean, a major breeding spot for the species. Photo: Joan Roughgarden

Seven continents, more than 15 locations, dozens of contestants. No, it’s not The Amazing Race. The latest Earth Sciences Photo Contest drew more than 200 submissions from across the Stanford community. Heading into its third year in 2020, the competition put on by the School of Earth, Energy and Environmental Sciences is meant to inspire current community members and prospective students to learn and appreciate the stories behind earth science research and sustainability.

Entrants in the 2019 contest said stewardship was a common driver for their adventures. “I feel like when I travel to these amazing places and meet people who live in them, I’m a lot more motivated to work toward improving our energy systems—to do what I can about climate change,” says Nora Hennessy, MS ’17, a PhD student in energy resources engineering and the winner of the landscape photography competition.

Looking big-picture wasn’t the only way to catch the judges’ attention. Emily Lacroix, a PhD candidate in earth system science, was a finalist in the lab category with her up-close shot of carbon cycling research. “Soils account for over a quarter of global carbon dioxide emissions,” Lacroix says. Microbes in the soil break down carbon-rich organic matter, a process that affects the rate at which carbon dioxide enters the air. Being able to alter that cycle even a small amount through land-use practices or other means could be helpful to humans, and the planet, she says. “Even a little wiggle room could have a huge effect. It could make things worse—or it could be a solution.”

“You can see the dunes forming and reshaping right in front of you,” says earth materials lab manager Katie Dunn. “As geologists, we enjoy going out and looking at these amazing features and trying to understand them.” Dunn used a drone to photograph Ibex Dunes in Death Valley National Park, including the mountains in the background for scale. 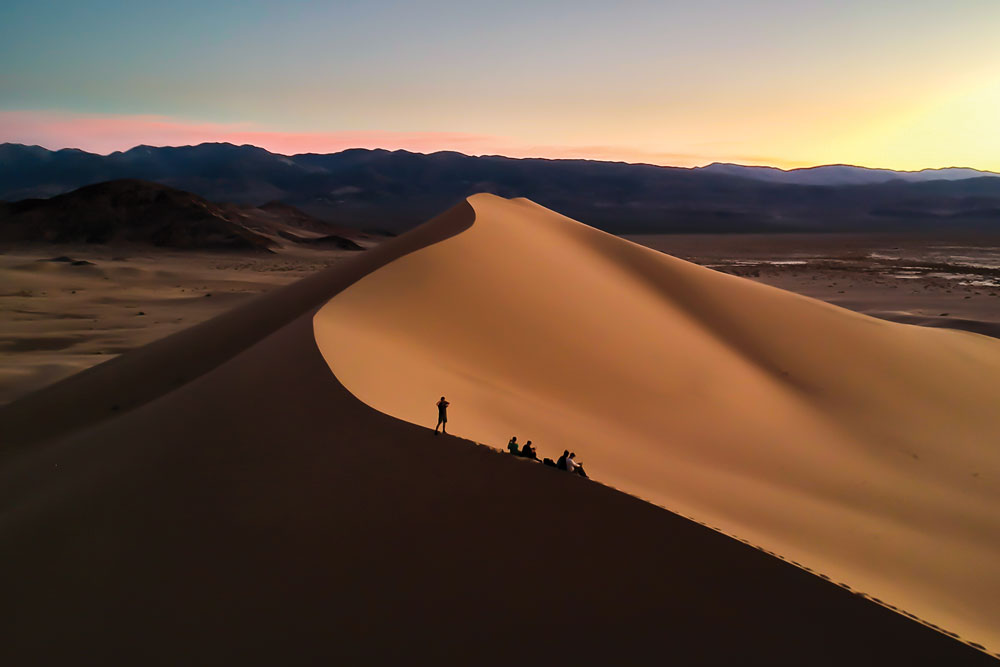 “The Milky Way was the brightest I’ve ever seen it,” says Nora Hennessy, who captured this shot in the Peruvian Andes at over 12,000 feet above sea level. “Being on that high plateau—you feel like you’re on top of the world, but you also feel small with all the stars and mountains around you.” 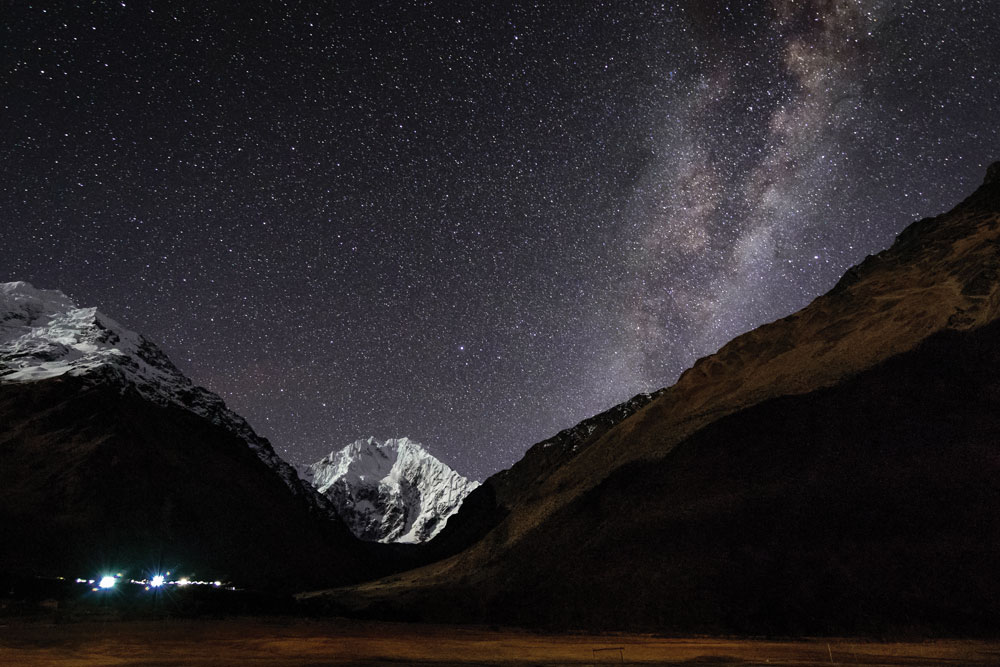 Emily Lacroix studies soil carbon chemistry by looking closely—very closely—at organic matter she deposits on sheets of gold foil. “I snapped this view from the microscope with my phone,” she says. 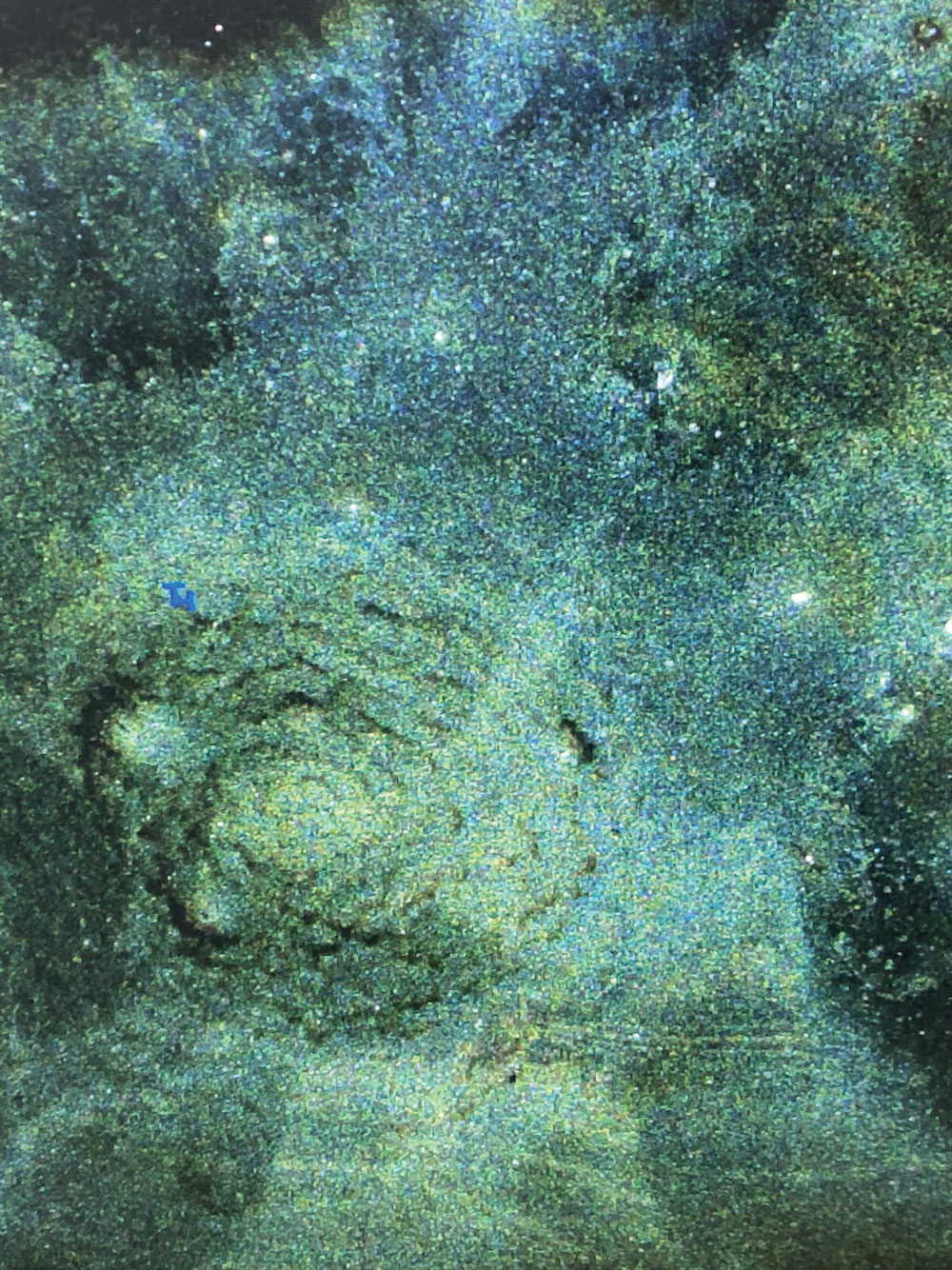 On a backpacking trip near Cuzco, Peru, Dunn discovered that alpacas are more than just an adorable face. “They’re a big part of the local people’s lives. They use the [fleece] for clothes, they eat the meat, and they dry the waste and use it for fuel,” she says. 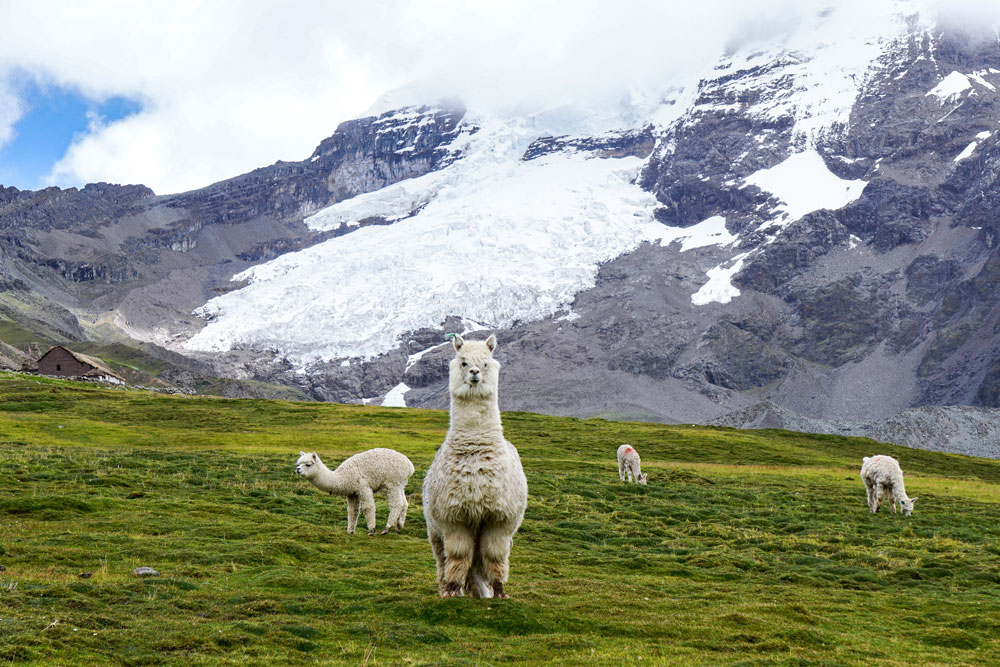 Hanna Payne, ’19, a master’s student in earth systems, spent an early morning hiking through a rain forest in Hawaii with some of her classmates in the Wrigley Field Program, a quarter-long series of courses blending the study of earth sciences, life sciences and Hawaiian culture. “The sun was just rising, and we were looking into a sea of fog,” she says. 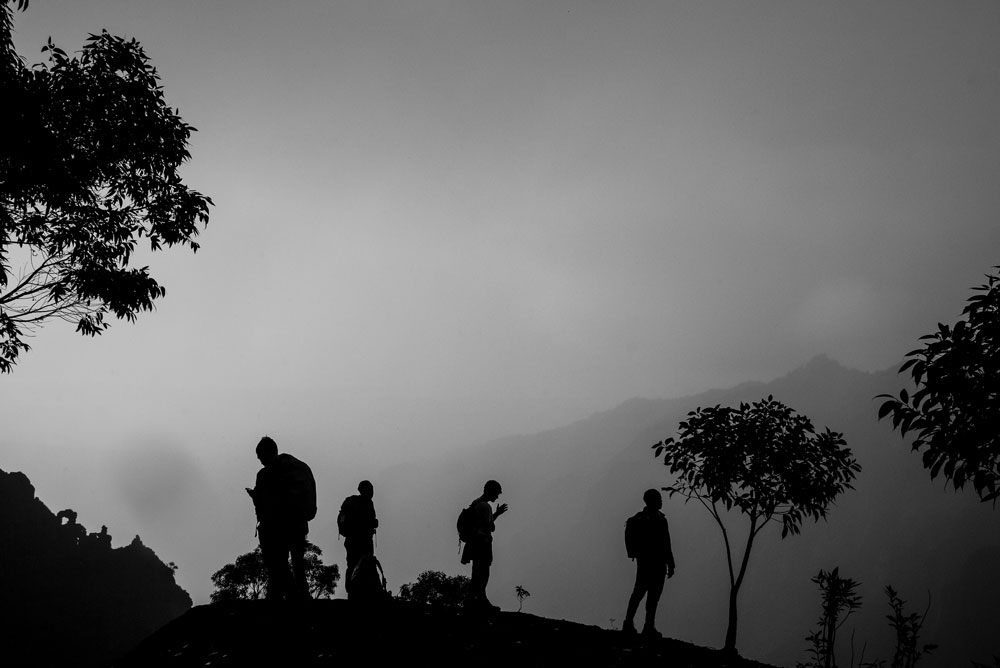 During her first field season in Palau, PhD candidate Heidi Hirsh, MS ’19, snorkeled through Jellyfish Lake, where swarms of jellies (nonstinging, thankfully) congregate in the thousands. “It’s a magical experience,” Hirsh says. “You can look up and see through the surface of the water to the sky.” 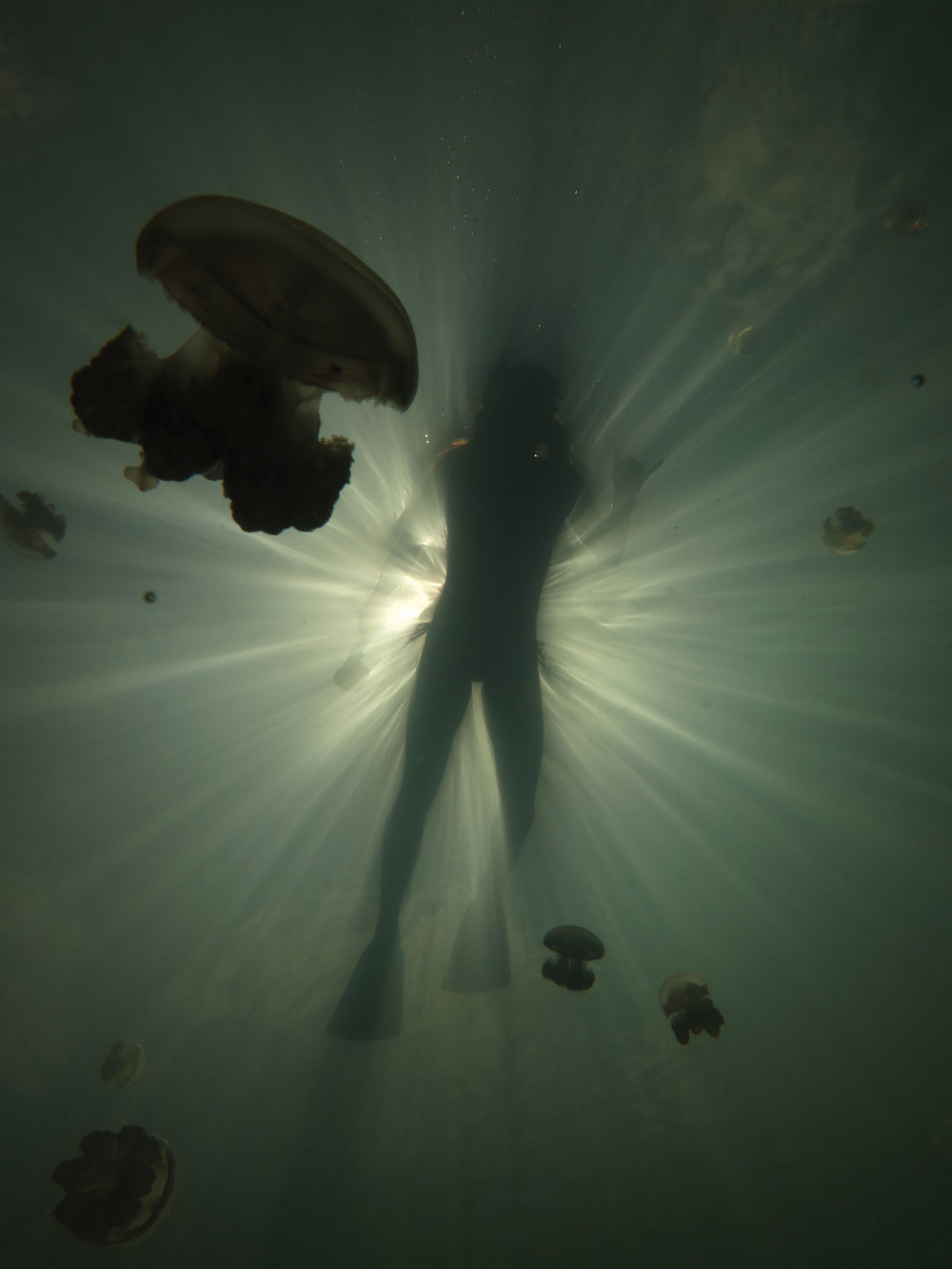 Hirsh had one goal for a dive trip to Indonesia: shooting a picture of the elusive clownfish, which she first noticed during her biogeochemistry research in Palau. “They’re curious, but they’re shy, and they can be hard to shoot because they move so fast,” says Hirsh, who studies earth system science. 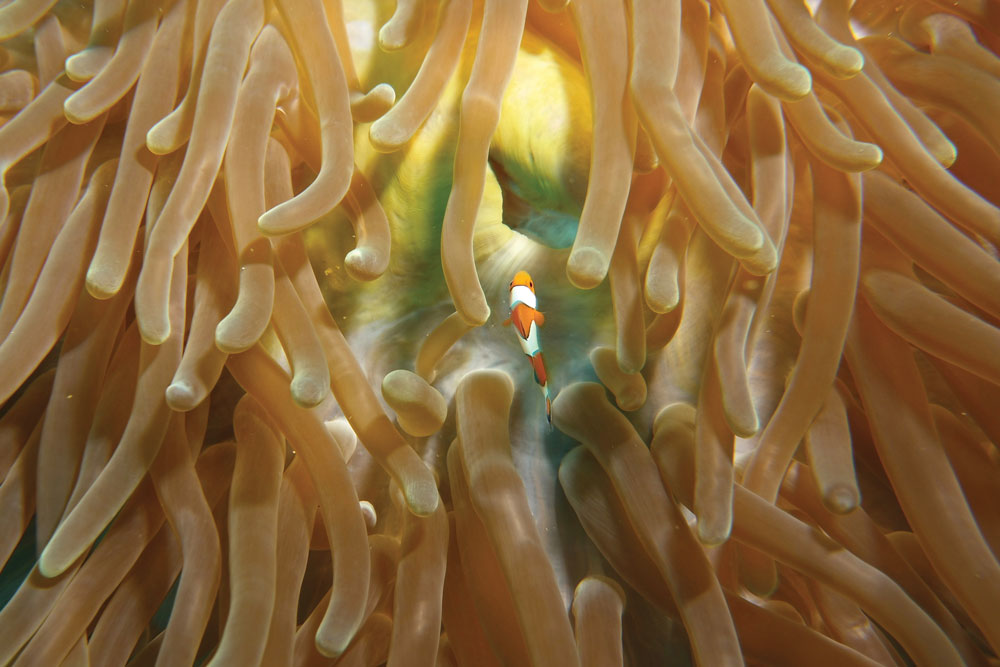 “A local tourism operator brought me to see this incredible cloud of schooling fish,” says Shannon Switzer Swanson, a PhD candidate in the Emmett Interdisciplinary Program in Environment and Resources, of the sardines she saw off Central Sulawesi. “He was really excited because their numbers recently increased after a program was put in place to help bring the marine resources to a healthier level. It was a visual representation of what that policy had led to.” 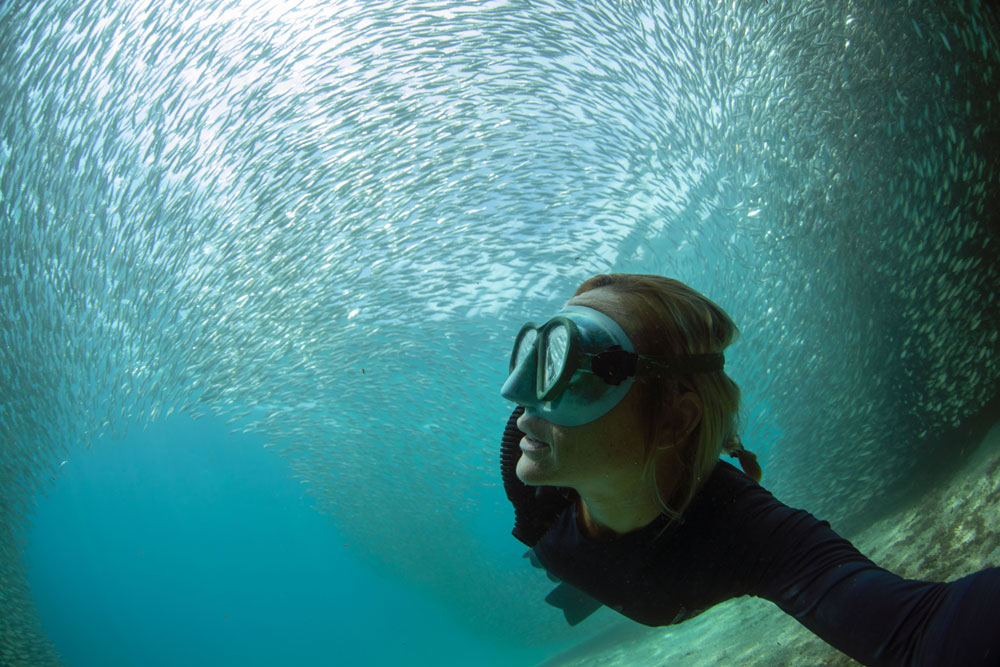 I captured this photo while watching the sun set over the Grand Canyon from Desert View Watchtower on the South Rim. Included in these silhouettes are the well-known rock features Shiva Temple, Isis Temple and Cheops Pyramid. 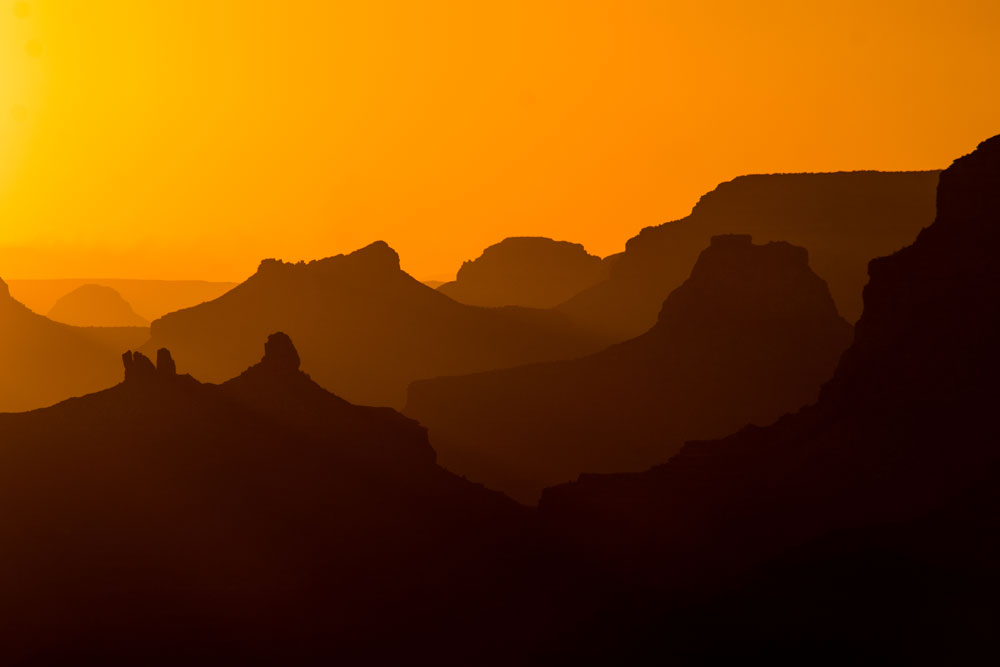 Melina Walling, ’20, is an editorial intern at Stanford and a master’s student in earth systems studying environmental communication. Her photo “Grand Canyon Silhouette” received an honorable mention in the landscape photography category.